Get Lost in Morrisville Corn Maze

A Morrisville Mustang is making a spectacular debut. The jaunty college icon is the theme of this year’s famed corn maze at the popular Critz Farms in Cazenovia.

Critz Farms and Morrisville State partnered to design the giant Mustang Madness Corn Maze which features more than eight acres of challenging twists. The maze opens Sept. 14 and also marks the beginning of the Critz Farms Fall Harvest Celebration which runs through Oct. 27.

On Oct. 19, alumni, faculty and staff are invited to join in the fun during Morrisville State Day at Critz Farms. Also on the agenda that day is entertainment by the Twin Magicians (for all ages) from 1-4 p.m., face painting, a Haunted Barn for Little Monsters (ages 3-11), and more.

The theme of the annual maze reflects a different idea every year related to farming or agriculture. “We felt there was a strong agricultural connection between our farm and the college,” said Juanita Critz, co-owner of Critz Farms. “Mustang Madness shows that we support agriculture and agricultural education in the community.”

Visitors will be able to learn interesting facts about the college at seven information stations which are hidden throughout the maze. Patrons who find at least five and get hole punches in their game card will receive a prize.

While past mazes have taken patrons approximately 30-45 minutes to master, Juanita Critz described this year’s maze as more challenging due to the complexity of the college logo design in the neatly planted rows of corn.

The farm’s first maze debuted in 1999, a four-acre Christmas tree themed “Tree-Mendous.” Since then its size has grown as has its notoriety in the community.

In addition to the popular corn maze, the Critz Farms Fall Harvest Celebration features apple and pumpkin picking, wagon rides, an animal area, playgrounds, music and special events on weekends. Inside the apple cider mill, patrons can watch cider being made, and buy cider, syrup, and cheese. A farm winery boasts a tasting room with hard cider from apples grown on the farm. An early 1800’s historic barn houses the Balsam Barn Gift Shop filled with fudge and other seasonal goodies, decorations and ornaments.

Critz Farms consists of approximately 325 acres of land, situated just 3 1/2 miles south of scenic Route 20, Cazenovia, New York, in Madison County. The maze is one feature at the farm that is open every day, however other festival activities are only held on weekends.

Visit the website, www.critzfarms.com for a map, directions and hours. 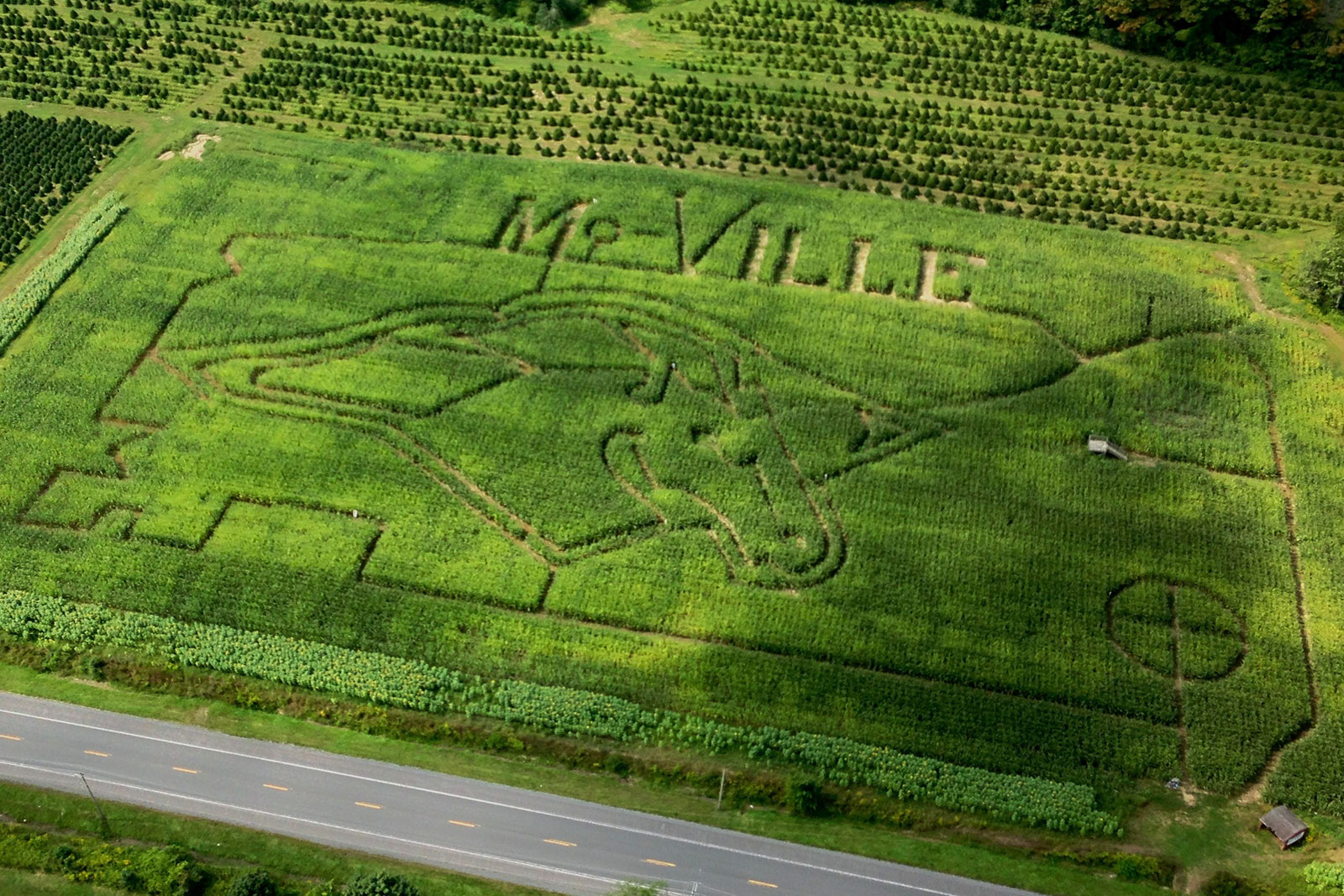