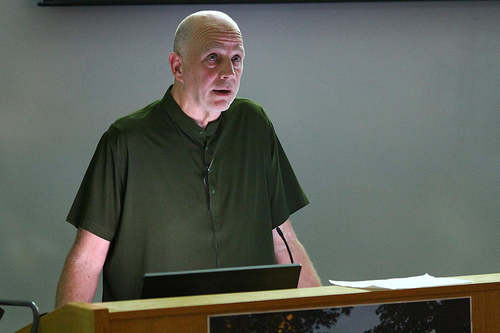 World-renowned architect Tod Williams of Tod Williams Billie Tsien Architects in New York City visited the Department of Architecture and Design at Alfred State this October to deliver the lecture titled “Architecture is a noun.” Attracted by the new Bachelor of Architecture program’s unusual emphasis on the ‘Poetics of Construction,’ which is also the theme of the Department’s lecture series this year, Williams took the time to give invaluable feedback to students and discuss their ongoing projects before beginning his lecture. Department Chair Dr. Heinrich Hermann hopes this sort of interaction becomes commonplace in the program as the BArch degree ramps up. Now in its first year, the degree is one of only eight such programs in the entire State of New York and the only one of its kind in the SUNY system, Hermann says.

In his introductory remarks, Hermann lauded Williams’ and his partner’s work as belonging among the lofty category that fully exemplifies the poetic dimension of architecture. That dimension is palpably evident not only in their impeccable, inventive craftsmanship but also in the way that their buildings and environments are a great joy to experience. “It is in the subtle ways they gradually unfold and welcome one; in their beautiful use of materials; in their poetic marshaling of light, colors, proportions, and textures; and in their strategic revealing of views, both inside and beyond,” Hermann says. “While moving into and through them, one’s mind is calmed to deeper perceptions that may yield inklings of a fuller measure of one’s own humanity.” 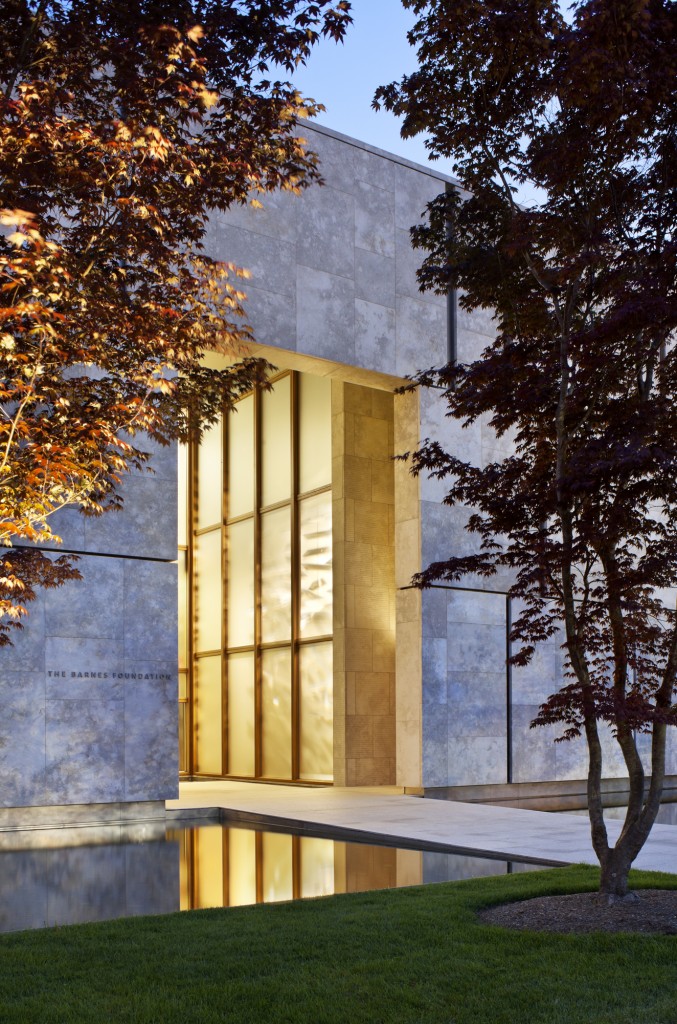 Tod Williams has been in partnership with his wife, Billie Tsien, since 1986. Their studio focuses on work for institutions such as museums, schools, and non-profits—organizations that value issues of aspiration and meaning, timelessness and beauty. Among their distinguished buildings are the American Folk Art Museum; the Asia Society Hong Kong Center; the David Rubenstein Atrium at Lincoln Center; the Center for the Advancement of Public Action at Bennington College; the Cranbrook Natatorium; the Neurosciences Institute in La Jolla, California; the Phoenix Art Museum; the Reva and David Logan Center for the Arts at the University of Chicago; and the highly acclaimed new home for the Barnes Foundation in Philadelphia. Their long list of design awards includes the 2013 AIA Architecture Firm Award.

Williams’ lecture opened with the late Nobel laureate Seamus Heaney’s poem “Oysters,” that ends: “I ate the day deliberately, that its tang might quicken me all into verb, pure verb.” Five of their buildings in the U.S. and abroad, including the acclaimed Barnes Foundation in Philadelphia, then served to introduce the studio’s working method and design aspirations, followed by an art installation in Venice, Italy.  He ended his lecture by returning to the Heaney poem and concluding that architecture was not a noun but very much a verb, reflecting the many actors involved in each building and the respective contributions made by each in a great collaborative effort.

“This was a once-in-a-lifetime experience for our students. They loved Tod and were deeply inspired by his and Billie’s works and by their example,” says Professor Mary Golden, who both helped organize the event and facilitated its sponsorship by Mr. Joseph Ventura and his firm ArtWalk Tile in Rochester. “Tod was very down to earth and accessible, even while speaking of the high aspirations of architecture. He is a great artist practicing to serve his fellow human beings.”