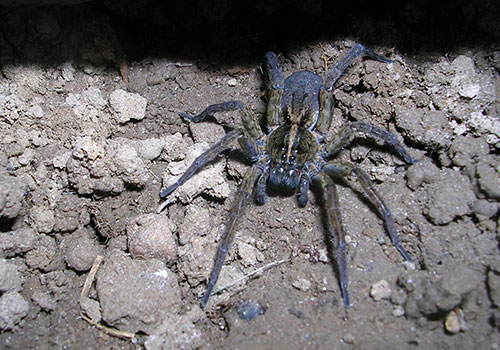 Fear. We’re all afraid of something. Heights, spiders, public speaking, closed spaces. For some people, their fears can be utterly debilitating and impair daily functioning; severe OCD or PTSD, for example.

Paul Siegel, an associate professor of psychology at SUNY Purchase College and Westchester Community College, has made great strides in treating phobias. Alongside Bradley Peterson, director of the Center for Developmental Neuropsychiatry at the New York State Psychiatric Institute of Columbia University, the researchers are studying the technique of subliminal stimuli to help individuals conquer their fear.

Anxiety disorders are often treated by facing one’s fears. After gradual exposure to the subject of your fear, you can become desensitized to it and less afraid. Severe phobias, however, are much harder – and terrifying – to confront, and so Siegel and Peterson have conducted studies to find an alternative treatment that is more feasible. Their studies have found that subliminal stimuli – images that quickly flash so the viewer isn’t aware of them – can lessen one’s fear significantly.

Last Fall, Siegel and Peterson received two grants to support the next phase of their research. The National Institute of Mental Health and the Brain and Behavior Research Foundation awarded the pair funding to further study how the brain of a phobic person responds to subliminal stimuli. Siegel hopes to prove that the brain can adaptively learn from stimuli subconsciously; this is the first study of its kind! The usefulness of this research is invaluable – Siegel intends to eventually test this method with other fears such as PTSD and OCD, which are two prevalent conditions amongst adults and children.