“As a first-time filmmaker it was very difficult to make a documentary about deaths,” Zijian Mu told the audience at the 41st Student Academy Awards sponsored by Hollywood’s Academy of Motion Picture Arts and Sciences (The Oscars) in June 2014.

“The people I want to thank the most are the subjects in my film who had the worst experience of losing their only children to a horrible earthquake,” the young filmmaker told the audience.

The film, “One Child,” – for which Mu won a bronze medal–is his documentary about three families from his hometown of Beichuan that lost an only child in China’s 2008 Sichuan earthquake, a catastrophic event that snuffed out nearly 90,000 lives.  According to official stats by the Chinese government–which vigorously enforces its national one-child-per-family policy–more than 5,000 of those were children. One school alone lost 1,500 students.

“A whole community lost their kids. It’s very eerie,” Mu said during an earlier interview. “For everybody, but especially for Chinese parents, they put all their hope on their child. After all the investment – emotionally, financially, all the effort and time–and their kids are just gone. It is something we should not forget. That’s why I made the documentary about the parents.” 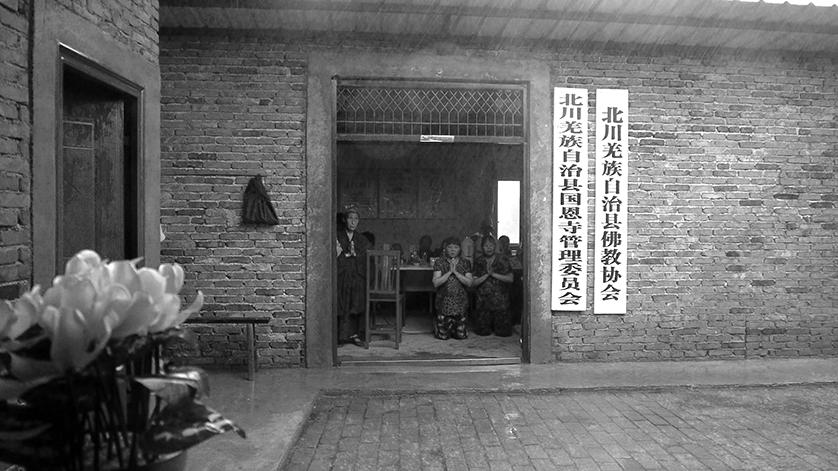 The film, in a sense, had its origin when Mu came to America in 2008. He joined 149 other English-speaking Chinese college students whose lives were disrupted by the massive earthquake that rocked the Sichuan province and surrounding region in a program where the State University of New York brought those students to 22 different colleges in New York for a year to help them continue their education.

It was at Long Island’s Farmingdale State College where Mu was studying economics that he became a fan of cable TV and got a glimmer that filmmaking might be something he wanted to do.

“Farmingdale was a very stable, very secure and promising environment,” he said. “I accumulated the desire to tell stories.”

After his sophomore year at Farmingdale State College, which he shared with 18 fellow students, Mu returned to Sichuan to complete his studies. He graduated from Sichuan University in 2011 with a degree in Economics, International Economics and Trade.

A year later, thanks to a scholarship, he was back in the U.S. studying at New York University’s Arthur L. Carter Journalism Institute. The storytelling bug had embedded itself in him.

“I always wanted to do something about it but it took me a few years to find out that journalism, especially long-form journalism, is what I needed to learn to convey the message, to tell the story,” Mu said. “The news and documentary program at NYU trained journalists and documentary filmmakers to go back to their home country to make films. That is how I got to make the documentary.”

It was now the summer of 2012. With a small grant from the National Academy of Television Arts & Sciences he headed back home to begin making “One Child.” The film, which turned out to be largely financed by family and friends, was to tell the story of three Beichuan couples that lost children in the landslide that engulfed the town.

By now, the town had been relocated 20 miles away.

“It was four years after the earthquake,” Mu said. “It was getting them to open up again, after all their loss, after they’re trying to get over it. I know that’s not easy.”

“In the beginning, I felt sort of evil and guilty just trying to let them live that part of their life again,” Mu added.”There was no way to eliminate that element. They actually understood why they are in the film, and at some level it makes them feel better because there is somebody who really cares about them. They really could relate to what I was doing. I had access that filmmakers from the outside wouldn’t have.” 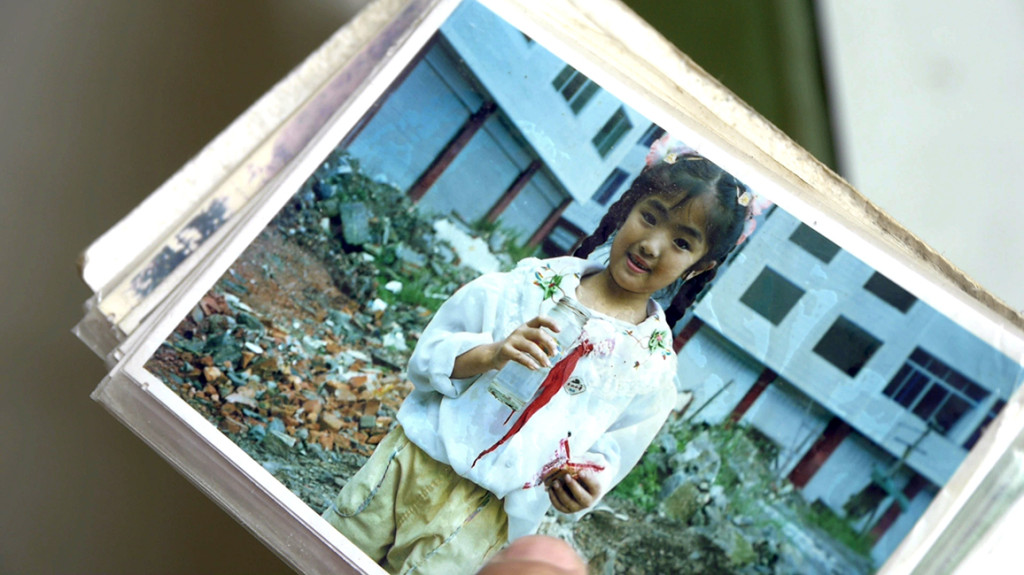 The film took four months to complete. Mu described himself as a “one-man army,” having done all the camera work, sound and editing. He convinced a colleague at NYU to produce the music. The film runs forty-plus minutes and features English subtitles.

After completing it, Mu began entering it in small film festivals–from New York to L.A. But soon, he ran out of money to enter and market it–but not before he learned that the Student Academy Awards had no entrance fee. “They definitely want to encourage people to submit,” he said.

Meanwhile, Mu was immersing himself in the New York film community.

“New York is a great place to meet all those kinds of people and see their work. I’m talking about small-budget, independent-style films that don’t have as much influence as the big-budget or Hollywood-style movies.”

In the end, Mu was notified a couple of months ago that he had won an award–a gold, silver or bronze. He wound up with the bronze, which isn’t bad for a first-time filmmaker.

Thrilled to know that my documentary One Child is a winner of this year’s Student Academy Awards. Our dreams are valid! @TheAcademy

“It’s really wonderful news for the film,” he said. “It’s recognition that this kind of film needs to be seen by people.”

Mu’s next stop is Arizona State University, where he is taking a job as a digital media specialist. He has a three-year contract with the university, and hopes to stay in the U.S. when the job is finished.

In the meantime, he expects to continue his filmmaking career.

“It’s sort of my life passion to be a filmmaker,” said Mu. “As long as I keep pursuing storytelling and keep looking for interesting ideas, I will positively keep making films. There is no deadline for that.”