Working Out Still Isn’t An Excuse to Eat Whatever You Want, Says Study 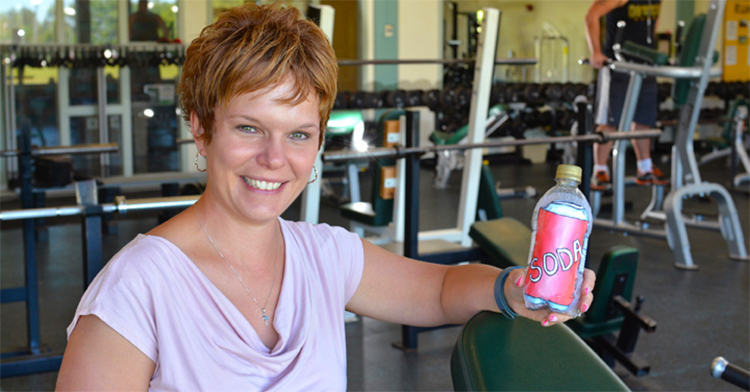 The bad news first: Adding just two 20-ounce sodas–75 grams of fructose–to a daily diet can dramatically increase some kinds of cholesterol and fat that can lead to higher risk of heart disease and stroke.

But the good news? The study, conducted by a research team at SUNY Oswego, found that participants who were highly physically active greatly reduced the risk of those high-sugar diets.

“What we were looking for was if physical activity counteracts it, and we found it definitely did,” said Dr. Amy Bidwell of SUNY Oswego, a college in upstate New York, who led the research.

In a two-week period, the high-sugar diet produced a dangerous spike in many health factors, most notably an 88% increase in fat triglycerides and 84% rise in very low-density lipoprotein cholesterol among non-active participants. Long-term increases in these elements can significantly impact heart health and other wellness.

6 Foods Every College Student Should Keep In Their Fridge: http://t.co/SzmhAqdD17 pic.twitter.com/4GaSK1Xq8b

But when physically active, participants taking the same high-sugar diet saw only a 33% increase in triglycerides and a 5% decrease in VLDL cholesterol.

Bidwell emphasizes that physical activity, as reflected in the study, goes beyond regular exercise; participants took a minimum of 12,500 steps per day. “If you do a 30-minute workout, you’re only reaching about half that level of activity,” she said.

“These were healthy college-age students,” Bidwell noted. The next step would involve research with less fit and more obese subjects, and having the initial findings published should help her pursue grants for what would be a larger, more expansive study.

The researchers point out that while many manufacturers are moving away from high-fructose corn syrup, those who replace it with sucrose (table sugar) are not providing a solution that is much more healthy and that the ultimate goal of the study is to encourage a change in behavior through reaching out to college students.

So, the moral of the story–er, study?

“Don’t eat a lot of added sugar, and be physically active,” Bidwell said. “There is a difference between being active and exercising. Just because you exercise 30 minutes a day doesn’t mean you can add sugar to your diet.”