30 Days of Giving 2014: Service and Fundraising at Clinton Community College 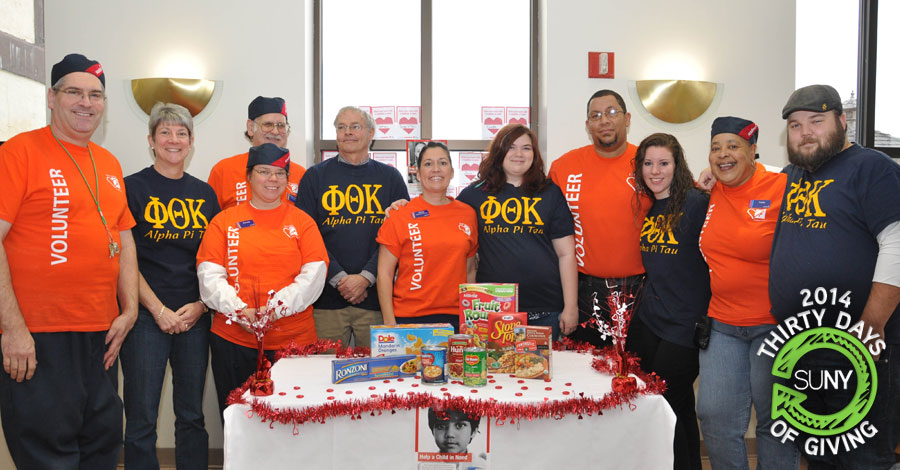 At Clinton Community College, the Phi Theta Kappa Honor Society and Sodexo food service unit teamed up to benefit a local food shelf. 280 pounds of food and $150 cash were collected and donated to the Plattsburgh Interfaith Food Shelf. PTK does a food drive every fall and spring, but this is the first time they teamed up with the food service crew, with outstanding results!

The annual United Way fundraising drive continued this year as well. Each year, Clinton faculty and staff raise money for the local United Way chapter. This year just under $5,000 was raised with some exciting new events, including a Cake Auction, a Chili Contest, a raffle & bake sale, and a coin jar contest.

Finally, in an Adopt-a-Friend event, students, faculty and staff “adopted” 28 local friends this holiday season in conjunction with the Clinton County DSS Children Services for which they provided toys and gifts for Christmas. This is the second year Clinton has adopted local children – last year they adopted 12, and next year hope to adopt at least 25 friends.