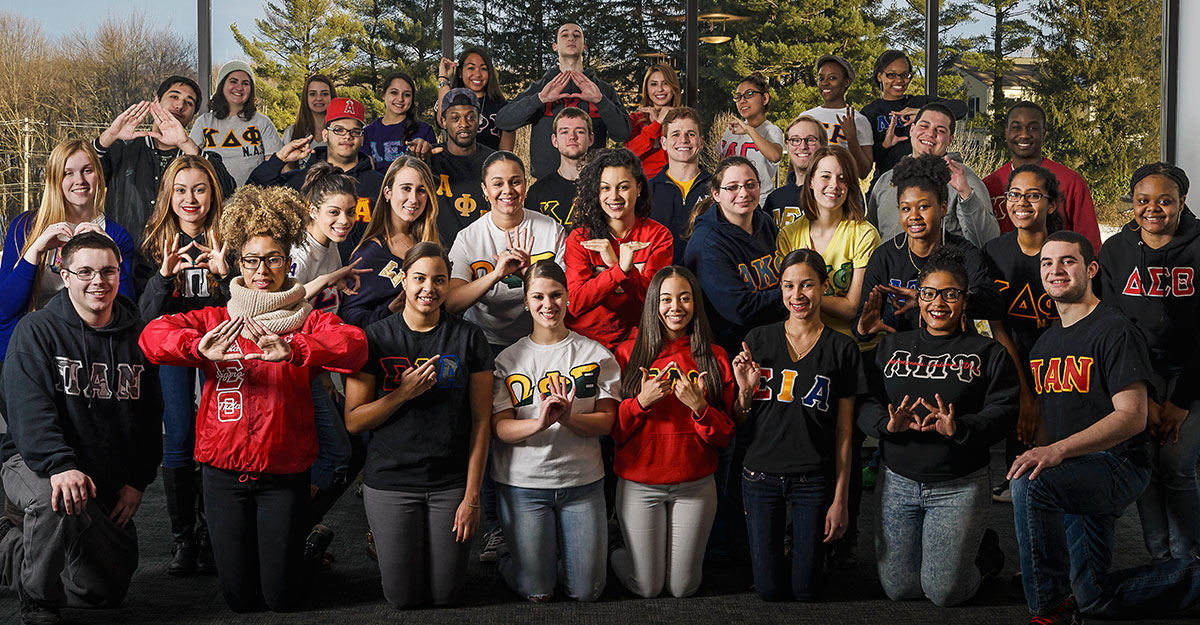 The fraternity and sorority experience on campus, or Greek Life, carries many meanings and reputations for people. Movies and tv shows may portray fraternities and sororities one way, but these associations tend to overshadow the significant role these groups play on campuses and in our communities. College Greek Life typically includes social, professional, and academic groups that offer their members and constituents a sense of community and a rewarding co-curricular experience.

Greek affiliation is present on colleges from coast to coast, with currently an estimated 9 million members nationally, and many more of alumni leading companies and organizations across the world. So is there return on investment when one thinks about joining a fraternity, sorority, or Greek organization?

There are a number of statistics that support the value of Greek Life in college.

Fraternity and Sorority members account for a great amount of successful people that run top companies in today’s business world. As stated, 85% of executives of Fortune 500 companies belong to a fraternity. With top executives having Greek affiliation, their leadership and success demonstrates some of the qualities that fraternity members acquire and develop throughout their membership experience.

I was able to speak to Asher Mock, the University at Albany chapter president of Lambda Upsilon Lambda Fraternity Inc., and he stated that “becoming a member of Lambda Upsilon Lambda Fraternity, Inc. has not only helped my brothers and I develop professionalism, but has motivated us to lead by example and serve as campus leaders, whether that is attending the next charity event, hosting educational programs, or conducting fund drives to support different causes.”

Asher’s comment advocates the impact that Greek life members have on local communities. The Greek system is the largest network of volunteers in the United States, as they raise over 7 million dollars each year and donate over 10 million hours of volunteer service!

When asked about the impact that the Greek Community has on campus, SUNY Plattsburgh’s Director of Fraternity/Sorority Life, Allison Swick-Duttine, says “Many of our fraternity and sorority members are campus leaders, serving as Resident Assistants, Student Government officials, alternative break site leaders and Student Ambassadors. In addition, our members are active in the Plattsburgh community performing approximately 10,000 hours of hands-on service annually and raising close to $65,000 for charitable organizations.”

As an active member of a fraternity, I have had the opportunity to expand my network on and off campus and collaborated with several student organizations and charity foundations. In addition, I have had the opportunity to extend my leadership abilities and service work on to an international setting as I have participated in charity missions in the Dominican Republic as well as Haiti where I was able to provide medical assistance, teaching aid, and healthy food delivery. Having the opportunity to help those around the world is a reflection of the cultivated character and leadership that is developed as a member of Greek Life.

Fraternities and Sororities play significant roles on/off campus, in the corporate world, and communities. They have shown their ability to impact many people’s lives throughout various neighborhoods. and communities. The leadership and professional attributes that are being developed throughout Greek Life affiliation is one that cannot go unnoticed.

The decision on whether to pledge a fraternity or sorority is always up to the individual. But knowing that there are engagement and service oriented missions within these groups can help provide a balanced display of work-life benefits to all students.