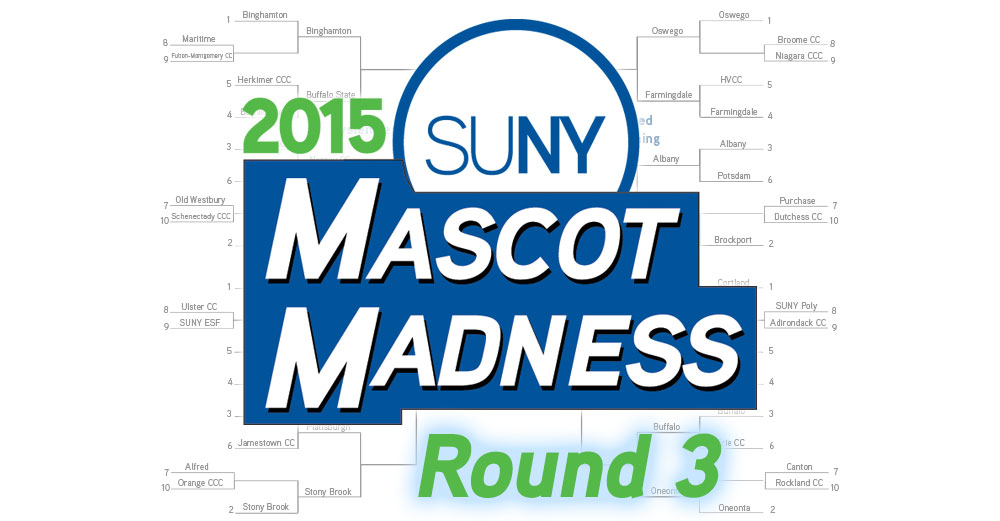 Welcome to the 3rd Annual Mascot Madness competition, the chance for YOU, the students, alumni, and fans to decide who SUNY’s favorite campus mascot is! We started with a total of 40 mascots from across New York State in the running to win the coveted title. They were each randomly placed into 4 SUNY regions and ranked by the number of athletic teams each mascot represents, which determined which mascots competed against each other in each round.

Round 3 sees the field being narrowed down to the Elite 8 of teams. This round begins at 12:00 on Tuesday, March 24, and ends at 4:00 on Friday, March 27. There’s some serious competition here, with each of the last 2 champions still holding strong. Will either of our past champions repeat this year? Or will a new mascot claim the championship trophy. Only you can decide. Vote below!

Voting for round 3 is closed. All votes will undergo verification to assure proper results before the start of the Final 4.