Researching The Value Of An Urban Ecosystem 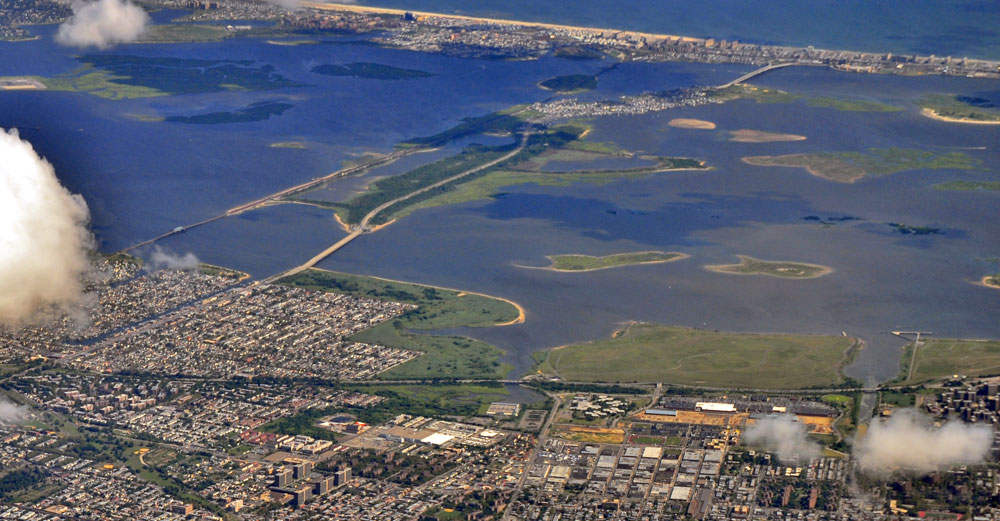 It’s a bird! It’s a plane! Both exclamations are likely to be overheard by visitors to Jamaica Bay, which is home to JFK Airport and to 330 species of birds. Scientists estimate that nearly half of all migratory birds in North America pass through Jamaica Bay, which, at 25,000 acres, is New York City’s largest open space—and the only National Park that can be reached by subway.

In addition to serving as a critical habitat to birds, Jamaica Bay provides many important benefits, such as water purification, oyster beds, and a buffering against storm surges. But it is also a highly threatened urban ecosystem that has suffered from massive inflows of nitrogen, phosphorous and toxic compounds. The increased incidence and severity of coastal storms—most notably Superstorm Sandy—has had an extremely adverse impact on Jamaica Bay, affecting human and nonhuman residents alike.

As the concentration of human population in cities increases, and as the climate changes, the management of natural ecosystems in urban areas represents a global challenge, one that requires a multidisciplinary approach that encompasses the biological and economic benefits ecosystems provide. 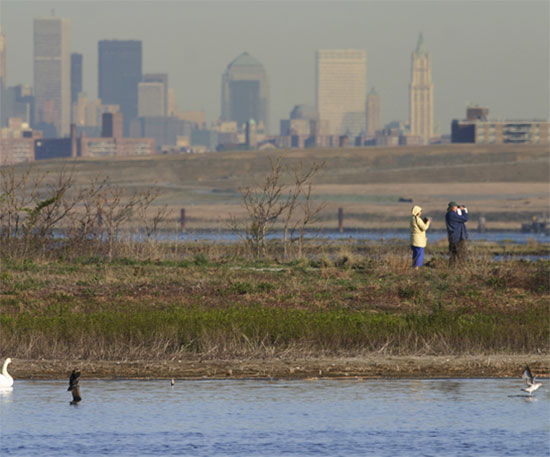 In response, a group of SUNY researchers have joined forces to study Jamaica Bay’s “ecosystem services”—natural benefits that have a positive impact on humans, such as clean air, fresh water, food, fiber, building materials, and medicine. The project was funded by the SUNY 4E Network of Excellence (Energy, Environment, Economics and Education).

The research team on this project is led by principal investigator Karin Limburg, Department of Environmental and Forest Biology at the SUNY College of Environmental Science and Forestry (ESF), along with Anne McElroy of the School of Marine and Atmospheric Sciences (SoMAS) and Stephen Baines, Department of Ecology and Evolution, both of Stony Brook University. The SUNY team is joined by John Waldman, a biologist from Queens College, City University of New York (CUNY), who helped launch the new Jamaica Bay Science and Resilience Institute.

Assessing the Value of Ecosystems

To kick off their research, the team designed a two-day workshop and brainstorming session to discuss how Jamaica Bay can be a model for assessing local ecosystem services. The workshop, held on January 16 and 17, 2015 at SoMAS, brought together students and faculty from ESF and Stony Brook, as well as colleagues from the NYC Department of Environmental Protection.

Eric Sanderson from the Wildlife Conservation Society, who led the Mannahattan Project (which reconstructed the natural history of the island of Manhattan), was also on hand, along with representatives from the NYC Department of Environmental Protection, the Port Authority of New York and New Jersey, the NYS Department of Environmental Conservation, and the National Park Service.

The session opened with an historical overview of the bay up to the present day, detailing its current degraded condition. Waldman says it must be acknowledged that Jamaica Bay is an environmental paradox: “There is this incredible human impact. It’s a sewer shed, yet it’s a premier birding site and a fishery. Meanwhile, it’s also highly vulnerable to storms, so we need to be very proactive about its protection.”

During breakout discussions, participants identified nine different ecosystem services, ranging from storm damage prevention to nitrogen mitigation to recreation. These conversations also focused on data collection, mapping, and an exploration of ways to protect and improve the bay’s many services.

Limburg, who is a leading expert on ecosystem services and one of the authors of a seminal 1997 Nature article on the topic, says Jamaica Bay presents a timely and important opportunity to raise awareness about the inherent value of ecosystems. “We need to shift our thinking toward how we value the goods and services of ecosystems, she says. “Particularly in ecosystems like Jamaica Bay that border urban areas, we have to understand how to invest and manage in a way to maximize the benefit of the services provided.”

Following the January workshop, the team developed a research proposal to incorporate what they learned from the discussions, and to develop quantitative assessments of how Jamaica Bay is perceived and valued, a deeper understanding of its ecosystem services, and the threats posed by near-term changes.

Under discussion is a series of workshops that would take a deep dive into the bay’s history, assess current conditions, and build a vision of a future for Jamaica Bay aimed at protecting the ecosystem’s health while leveraging its services for the surrounding human communities. The researchers have also proposed a course on ecosystem services and restoration that would be offered across the three campuses.

The team will continue to collaborate on next stages of the project; but already, Limburg observes, “the workshop provided an immediate benefit by introducing members of different campuses to each other, and learning how our complementary skills can be used to approach the complex environmental problem embodied by Jamaica Bay.”