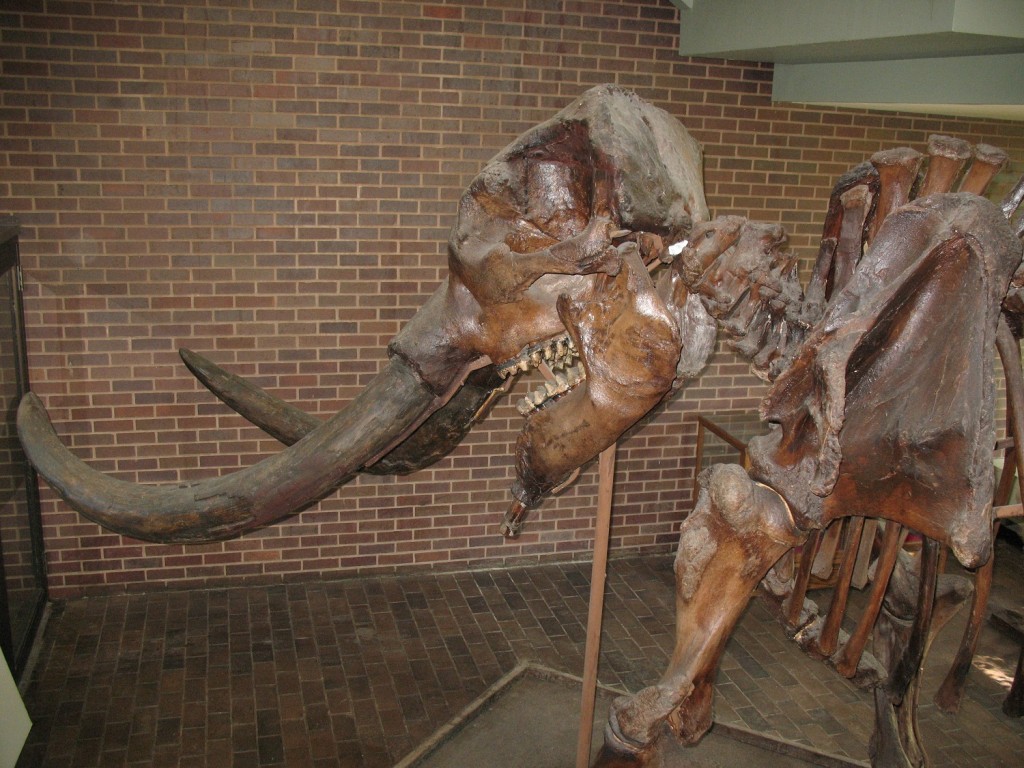 Since the early days, SUNY halls have been home to many colorful characters. But perhaps none so unique as Sugar, the skeletonized remains of a Mastodon Americanus. Although once he roamed the hillsides of New York state, Sugar can now be found on display in the Bio Tech building of SUNY Orange.

American mastodons were among the largest land animals to roam the earth during their time. The long tusks and flexible trunks found on these animals relates them to elephants, although they were more stocky and large bodied. Ranging widely across North America, common locations found them on the Eastern region and the wetland-like areas that gave them access to forests and marshes. This allowed them to easily find the large amounts of food they needed in the wood and twigs of trees, swamp plants, mosses, and other plant material.

Sugar (named after the species nickname Sugar Loaf Mastodon) was discovered on a black dirt farm in May 1972. He was buried 5 feet below the ground in an area that was once a small glacial lake. As far as archaeologists can tell Sugar seems to have died of natural causes. He does not appear to have died at the hands of humans, but his contemporaries may not have been as lucky. The breed of Mastodon and man were both native to this area during this period. Carbon dating places Sugar between 7685 B.C. and 8135 B.C. Early man has been noted in the area as long ago as 10,580 B.C.

Sugar is unusual even for a mastodon. Sugar is 20 feet long, 5 feet longer than average due to the length of his tusks. And as for his tusks, those too, are unusual.  Sugar has an unusual tusk on his lower jaw. Although these were common in Asiatic Mastodons this is a relatively rare trait for their American counter-parts. Sugar is one of 38 mastodons to be recovered in Orange County since 1780. The soil conditions of the peat bogs favor preservation. It is likely that there are still more skeletons to be discovered.

After being excavated by the New York State Archaeological Association Sugar was donated to the people of Orange County. To see the size and wonder of this large animal, people can visit Sugar in person at the Middletown campus of SUNY Orange, or on the SUNY Orange virtual tour.