A Sight Unlike Any Other Can Be Seen In Space 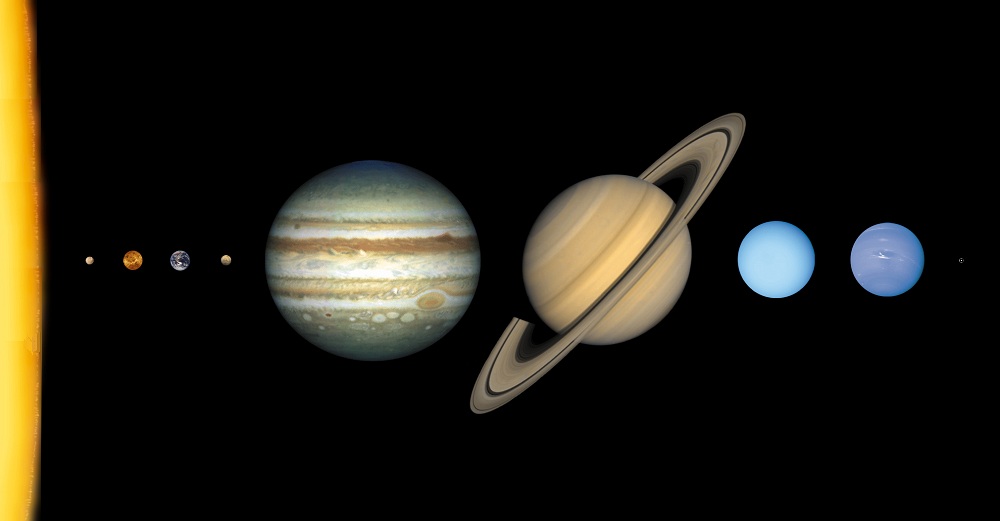 Something unique is happening in outer space right now, and we can all see it from our homes. From now until Feb. 20, Mercury, Venus, Saturn, Mars and Jupiter will all be visible from Earth. This rare, month long phenomenon last occurred more than 10 years ago starting in December 2004. These 5 planets, known as the bright planets due to the ease with which they can be seen with the naked eye, began to form their diagonal line across the sky on Wednesday, Jan. 20. According to EarthSky, these planets can be seen together in the sky from anywhere in the world this month.

How does this happen and how special is it? To better understand this occurrence, we reached out to the Astronomy Department at SUNY New Paltz, which has one of the premier astronomy centers in New York State. According to the department page, “Recent undergraduate research projects have included utilization of electro-active polymers for robotics; deviation from NFW dark matter halo projections in elliptical galaxies; and biogenic electric currents in early planarian regeneration.” And these projects are complimented by cutting-edge technology, including a 14-inch Celestron Schmidt reflecting telescope at the Smolen Observatory, as well as a state-of-the-art digital planetarium projector at the campus’ own John R. Kirk Planetarium.

Professor and director of the John R. Kirk Planetarium, Raj Pandya, helped explain this event to us.

“When all the naked-eye planets become visible at the same time in the sky, what is physically happening is that all the planets happen to be on the same side of the Sun when the Solar System is viewed from above,” Pandya told us. “In this diagram (below) that shows the positions of the planets on February 15, 2016, imagine a line connecting the dots that represent the Sun and Earth that extends outwards in both directions. What you will notice is that all the planets (excluding the asteroids Ceres and Vesta) are on one side of the line. Therefore when we look at the planets from Earth, they will all be above the line (our horizon at sunrise) and in the sky at the same time!”

As for why it had been 10 years since the last occurrence, he told us, “This alignment happens periodically by chance as the planets all orbit the Sun at different speeds. Most of the time the planets are more spread out in their orbits, which is why we usually cannot see them all in the sky at once.” 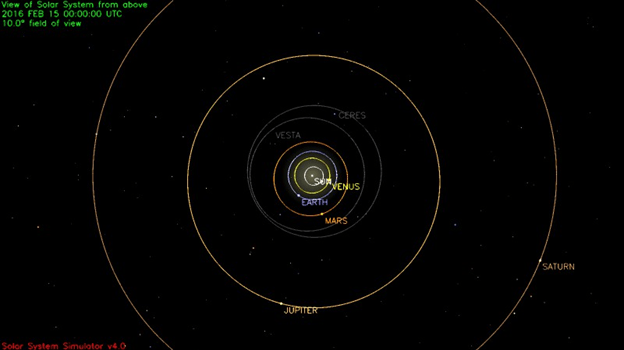 But if by some chance you’re not as knowledgeable about space as the folks at New Paltz and you still want to see the Bright Planets, don’t worry. There are a number of apps that can help you find all 5 celestial bodies.