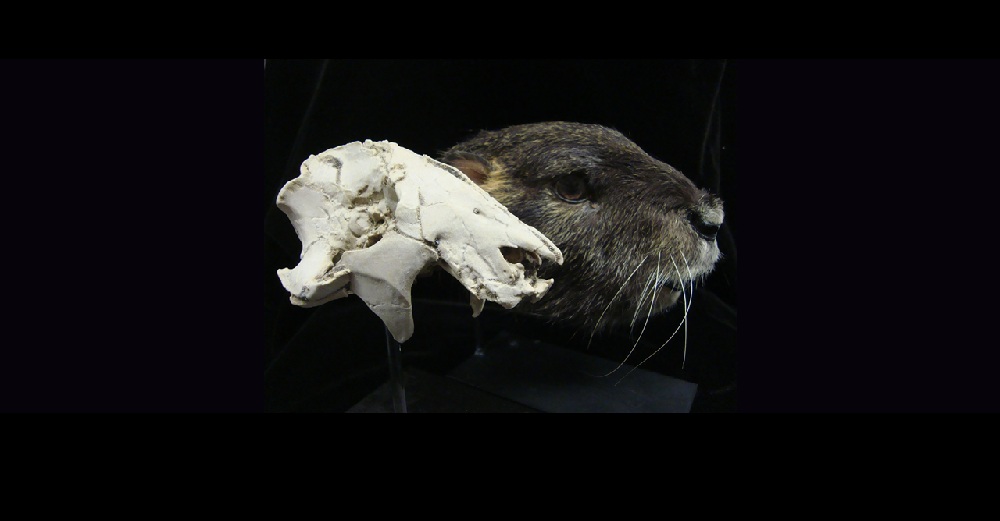 It’s Groundhog’s Day and the question on everyone’s mind is, “Just how much more of this winter will we endure?” But it turns out this might not be the only question the groundhog can answer. The groundhog, or at least its ancestors are also working to answer questions about biology, taxonomy, and evolution.

In November of 2014, Stony Brook University paleontologist Dr. David Krause and his team published the discovery of Vintana sertichi in the journal Nature. Joseph Sertich, a former graduate student of Dr. Krause’s at Stony Brook University was the one to actually discover this new mammal. And it was an amazing discovery. That is because they discovered a complete skull. Vintana sertichi belongs to a group of early mammals known as gondwanatherians. In the past, these mammals were known only by isolated teeth and a few scrappy jaw fragments. Now, this complete skull allows a first look at life and habits of the gondwanatherians.

“The discovery of Vintana will likely stir up the pot,” Krause told the Research Foundation. “Including it in our analyses reshapes some major branches of the ‘family tree’ of early mammals, grouping gondwanatherians with other taxa that have been very difficult to place in the past.”

Relative to other known mammals from the period, the skull is huge. At nearly 5 inches long it is over twice the size of the next largest mammal to live in the age of dinosaurs. Scientists estimate that the Vintana was probably about 20 pounds when full grown, which is two or even three times the size of an adult groundhog. They’d certainly cast a larger shadow.

As per the NOAA, “Groundhog Day originates from an ancient celebration of the midway point between the winter solstice and the spring equinox—the day right in the middle of astronomical winter. According to superstition, sunny skies that day signify a stormy and cold second half of winter while cloudy skies indicate the arrival of warm weather.” The main groundhog in charge of forecasting, Punxsutawney Phil, more often than not predicts six more weeks of winter when he exits his chambers.

In keeping with tradition, Punxsutawney Phil was ready to get to work with his weather predictions earlier this morning along with his family members. Punxsutawney Phil in Pennsylvania, alongside his cousins State Island Chuck in New York and General Beau Lee in Georgia, all unanimously agreed. With no shadow cast, it appears we’re due for an early spring.

With three of his descendants being master meteorologists, it’s safe to say that the Vintana sertichi would be quite proud of the legacy he has left behind.