Students Explore The Beauty of Mathematics 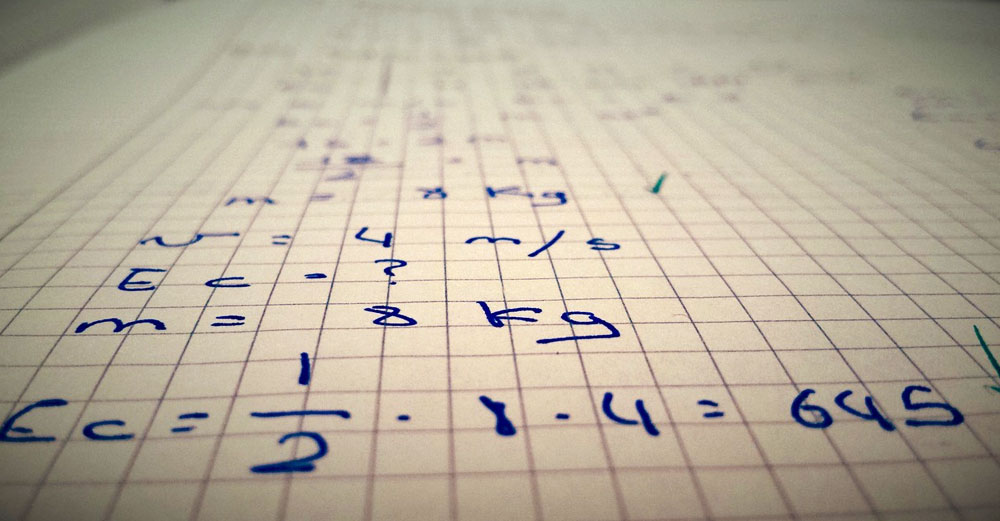 Twenty years ago, undergraduate students were not invited by university faculty members to participate in mathematics research. “Historically, it was thought that undergraduates couldn’t do research in mathematics, because it took way too much background work to get them up to speed,” said Joel Foisy, professor of mathematics at SUNY Potsdam. “This attitude, however, has gradually eroded and math research is becoming increasingly common for undergraduates to engage in.”

Foisy is the director of the Research Experience for Undergraduates (REU), a joint endeavor of SUNY Potsdam and Clarkson University, to engage even more undergraduates in math research. The program, which was started at Potsdam in 1997, is funded by the National Science Foundation (NSF), and accepts undergraduate students from around the country who are majoring in mathematics or a related field and who are interested in pursuing math research.

“We often have about 175 students apply, but only 10 to 15 or so will be selected,” said Foisy, who noted that since its inception, the program has served approximately 200 undergraduate students.

Once in Potsdam, the students work in groups of three to four, each with a faculty adviser from either SUNY Potsdam or Clarkson University. The eight-week program provides a stipend of at least $4,400, plus free housing in an on-campus apartment, and up to $375 for travel expenses to and from Potsdam. The students work together on original unsolved math problems, present their results to their peers and at conferences, and often assist in writing peer-reviewed publications.

“The mathematical research community benefits from these students’ contributions,” said Foisy. “We also benefit by forming more experienced graduate students who have a better handle on what research is from day one of graduate school.”

According to Foisy, the collaboration between Potsdam and Clarkson also has rewards, not only for the students who are exposed to a greater number of people and ideas, but also to the faculty advisers, who enjoy the opportunity to exchange ideas and develop collaborations with their colleagues at the other institution.

A path into the unknown

Ben Lovitz, a recent graduate of the REU program, and his group worked on a tricky new problem regarding quantum walks. To explain the project, Lovitz said: “Imagine a long stone path. A ‘walker’ starts at a stone in the middle and flips a coin. The walker moves to the stone on her right or left depending on whether the outcome of the flip was heads or tails. The walker then repeats the exercise.”

According to Lovitz, this example is called a “random walk on a path graph.” Quantum walks, he said, are similar, except that the walker behaves according to quantum mechanics. For example, rather than just standing on one stone of the path, the walker can exist in multiple locations at one time.

“Incredibly, there are graphs for which after some period of time the walker, which normally exists in multiple locations, converges to one location in the graph,” said Lovitz, noting that this phenomenon is known as perfect state transfer.

These mathematical principles, Lovitz said, are of great interest to quantum physicists because they may prove useful in developing quantum computers that can quickly solve problems that are impossible to solve with classical computers.

Lovitz said that, Dr. Tamon and the other faculty members helped him to develop valuable research skills and mathematical knowledge for graduate school. “Dr. Tamon showed us several awe-inspiring results in quantum walks which grew my fascination with quantum mechanics and propelled me to study quantum information in graduate school,” he said.

“The Most Beautiful Equation”

Another new math problem is currently being investigated by Montana Earle, a rising senior at SUNY Potsdam participating in the REU program this summer, and fellow students. The students, working with Brandt Kronholm, now at the University of Texas Rio Grande Valley, are examining Euler’s classical 18th century partition identity, which combines five of the most important numbers in mathematics and contains the three most basic operations – addition, multiplication, and exponentiation. It is used to explain the relationships among numbers, shapes, and quantities. The identity often is described as “the most beautiful equation” because of its simplicity and profound applications, which include wave mechanics, computer graphics, flight dynamics, and robotics.

“This program is a good experience because graduate school is very different than undergraduate school,” she said “Here, you are expected to do a lot more on your own and under your own motivation. Participating in an experience like this allows you to see if research is something you should truly be considering, or if maybe it isn’t for you.” Earle has learned that research is for her. She aspires to attend graduate school in the fall of 2017.

While Euler’s Identity may indeed be “beautiful,” Foisy believes that all of mathematics is valuable, even when it doesn’t have any foreseeable applications. “It’s like poetry,” he said, “it’s beautiful; it’s fun; it has value. Our goal is to help students see just how big mathematics really is. In our program, they do original research. The answers are not in the back of the book. It opens their minds.”

Not only does the program expose undergraduate students to new ideas, it also teaches them to refine their thinking about these ideas; to expand on them; and to communicate their own thoughts, both verbally and in writing, to each other and to their colleagues at conferences. “It’s great experience in thinking, in speaking and writing logically, and in getting your ideas across.”

James Myer, a 2015 graduate of SUNY Potsdam, who studied quantum networks during his summer with the REU program, is a prime example. “The program exposed me to the adventure of mathematics—that there are more paths not taken than taken, more problems unsolved than solved—and that this process of discovery is what draws people to the discipline,” said Myer. “The research experience was a significant determinant in my decision to continue to study mathematics.” Myer recently learned of his acceptance to the CUNY Graduate Center in Manhattan for fall 2016.

At the request of the NSF, Foisy has been tracking the careers of program graduates, such as Myer’s, to get a handle on their success. It’s important data since the professor and his colleagues must reapply for the REU grant every few years. “A lot of our students go on to graduate school in math, engineering, computer science, and physics,” he said. “Quite a few are high school teachers. They have decided research isn’t for them, and that’s okay too. They have this broader experience going into a classroom, which is very helpful.”

Whether they pursue research careers or not, every student who graduates from the REU program at SUNY Potsdam and Clarkson University comes away with a new perspective and appreciation for the beauty of math. And that, said Foisy, is what defines real success.