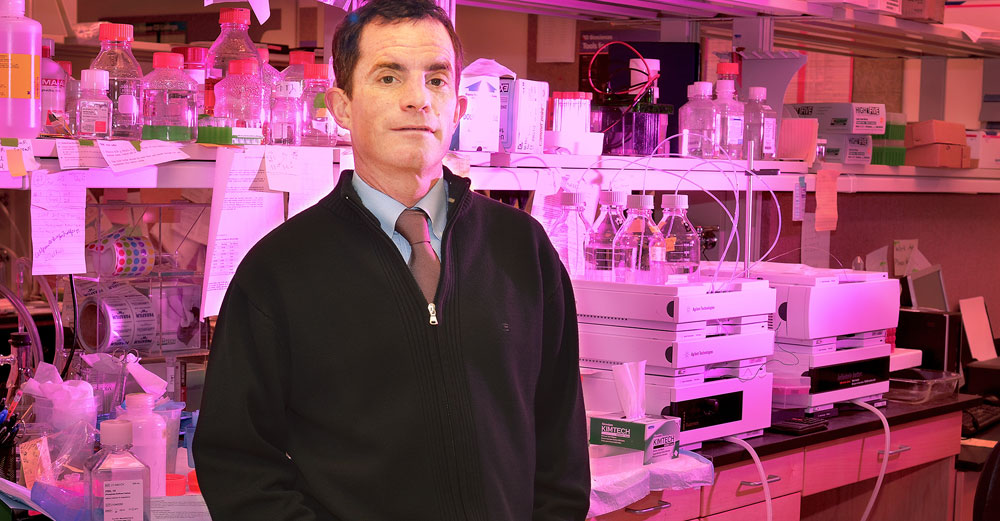 Millions of people who suffer from obesity could find a path toward better health one day, thanks to a set of compounds developed at SUNY Upstate Medical University.

The molecules emerged from the lab of William Kerr, Murphy Family Professor of Children’s Oncology Research and a faculty member in SUNY Upstate’s Department of Pediatrics and Microbiology & Immunology. Alterna Therapeutics, a start-up that Kerr co-founded, is licensing the molecules, with plans to use them to develop new treatments for several diseases, including obesity.

Kerr wasn’t seeking an obesity cure when he started working with the molecules, which inhibit an enzyme called SHIP1. His original goal was to help patients regrow blood cells after therapy for cancer and after bone marrow transplant. Kerr identified the first SHIP1 inhibitors while at Moffitt Cancer Center in Tampa but has further refined them in collaboration with John Chisholm, professor of Chemistry at Syracuse University.

But then one of Kerr’s graduate students, Sonia Iyer, showed that older mice that had a specific mutation in the SHIP1 gene didn’t gain weight and body fat as they aged. She and Kerr then tested SHIP1 inhibitors in obese mice.

They found that not only do the SHIP1 inhibitors prevent weight gain; they also reverse it. In a later experiment, Iyer plumped up some young mice on a diet rich in fat and sugar, and then treated them for a month with SHIP1 inhibitors. “They lost body fat,” Kerr says. They also gained muscle mass and improved the way they metabolized blood sugar—halting their slide toward type 2 diabetes.

Finding a way to get research to market

Sensing that he held the key to an important new therapy, Kerr spoke with Scott Macfarlane, director of technology transfer at SUNY Upstate, about applying for an investment from the SUNY Technology Accelerator Fund (TAF). The TAF program helps SUNY researchers establish the commercial viability of their discoveries.

Macfarlane introduced Kerr to Chris Meldrum, managing director of Golden Pine Ventures, a venture capital firm in Durham, N.C. that helps launch new biotechnology and biomedical firms. Meldrum and an associate—Tage Honoré, a pharmaceutical industry veteran—suggested research that Kerr should conduct to establish that the SHIP1 inhibitors had commercial potential.

“In part because of Golden Pine’s support, Bill’s application received an award,” Macfarlane says. That was in 2015. SUNY Upstate supplemented the $50,000 TAF investment with another $10,000.

Kerr used the funds to run tests on more than 100 SHIP1 inhibitors to find the best candidates for a therapeutic product. Among other things, he was looking for molecules that were as potent and water-soluble as possible and that didn’t cause harmful off-target effects.

“The TAF program provided a great framework and context within which to build a relationship with Golden Pine,” says Macfarlane. That relationship led Meldrum and Kerr to found Alterna Therapeutics, with Meldrum as chief executive officer (CEO) and Kerr as chief scientific officer (CSO). Alterna has licensed a portfolio of intellectual property related to SHIP1 inhibition from SUNY Upstate for use in humans. Some of that intellectual property is jointly owned by Syracuse University as a result of Chisholm’s contributions.

Alterna sees opportunities for the licensed compounds beyond treating obesity. “We’re very interested in exploring the potential to expand stem cell production to help promote recovery of blood cell populations,” says Meldrum. “That may in fact be the nearest-term opportunity for us—the path that’s easiest to get into clinical trials. In the longer term, I think the biggest potential is in obesity and diabetes.” The compounds also show promise against certain kinds of cancer.

SUNY Upstate is also negotiating a second licensing agreement, with a company that hopes to develop anti-obesity products for animals, Macfarlane says.

Alterna’s next steps will be to secure more funding and conduct more animal studies, first in rodents and then in higher-order animals. “Then we would be able to enter the clinic,” Meldrum says. It will be at least a couple of years before Alterna can start those human trials.

Kerr, Meldrum and Macfarlane all caution that the product Alterna is trying to develop won’t be a miracle diet pill. Nor will it be a quick fix for people who want to feast on pizza and cheesecake every day without packing on pounds.

“Our initial thrust would be to treat folks who are morbidly obese and haven’t benefitted from any other intervention,” Meldrum says. Based on the rodent studies so far, it looks like the new therapy could help such patients lose weight and gain a healthier metabolic profile, controlling glucose in their systems the same way slender people do.

“Longer term, there could be potential to look at something that might be preventative,” Meldrum adds. “But the clinical trials for that are much more complicated.” 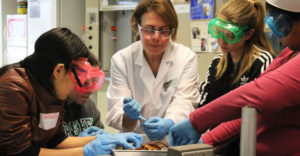 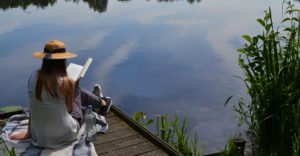