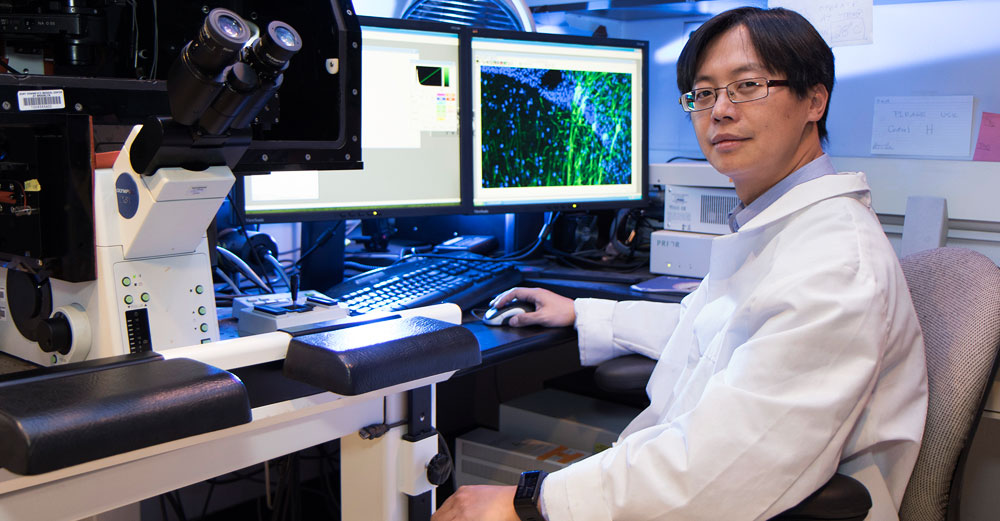 Memories. Some can be so vivid for years and years, and sometimes we can’t remember what we had for lunch yesterday. How is that? What is the science behind how and why we remember certain things for so long with such detail? SUNY research has been trying to find this out for us and is getting closer to a breakthrough.

In 2006, Changchi Hsieh arrived at SUNY Downstate Medical Center as a grad student, joining the lab of Todd Sacktor, whose most recent paper had been covered on the front page of The New York Times and named one of the year’s top ten breakthroughs by Science magazine.

For Hsieh, who’d been studying memory as an undergrad and grad student at National Taiwan University, the Sacktor lab was an exciting place to be – but in 2013, just before completing his PhD, the team was shaken by a pair of articles that appeared to refute their discovery. Shifting away from his dissertation, Hsieh set out to test and retest their hypotheses.

“These past three years have been like living inside a tornado,” says Sacktor, a distinguished professor in the Department of Physiology and Pharmacology, who has been working steadily on the enzyme PKM-zeta since discovering it in 1991. “When something like that happens, you’ve got to keep your head together, keep the facts forward in your mind, and not be thrown by what people are saying. You’ve got to look at the results and look at the data, which is exactly what Changchi has done. He’s been a rock. He did the experiments clearly, calmly, meticulously, and saw things the way they really are.”

For years, scientists have understood the basic mechanisms that create short-term memory in the hippocampus, but have struggled to understand the way information is stored as long-term memories that last for days, months, or years. In the 2006 experiments, Sacktor identified a protein kinase called PKM-zeta, which only exists in the brain, and proved that long-term memory could be effectively erased with a peptide called ZIP, which inhibits the action of PKM-zeta without damaging the brain. In another breakthrough five years later, the Sacktor lab demonstrated the same concept in reverse, showing that an infusion of PKM-zeta could strengthen existing memories, which points to the far-ranging potential of someday utilizing PKM-zeta to help patients with dementia and Alzheimer’s Disease.

The two competing 2013 papers, which tested memory in genetically-altered lab mice that have no PKM-zeta, didn’t negate those conclusions, says Sacktor – but they made the team question how the other labs’ “knockout” mice could create long-term memory without PKM-zeta. Is PKM-zeta essential to all long-term memory or only to memory in the normal brain? Had a similarly-shaped, closely-related enzyme called PKC-iota/lambda compensated for the absence of PKM-zeta? Does PKC-iota/lambda serve as a backup system in the absence of PKM-zeta, or does it play a storage role in the normal brain, too? Does ZIP affect only PKM-zeta, both PKM-zeta and PKC-iota/lambda, or some other enzyme that has yet to be identified?

The full answers, says Sacktor, may still be decades away and can only be solved one question at a time. To tackle the first piece, Hsieh worked with Professor André A. Fenton to refine a new set of experiments to isolate the roles of PKM-zeta and PKC-iota/lambda, then spent the next three years collecting and analyzing data.

In 2016, Hsieh, Panayiotis Tsokas, and their lab colleagues – Benjamin Rush Hartley, Desingarao Jothianandan, Ling Pan, Bruno Rivard, Andre Tcherepanov, Emma Jane Claire Wallace, and Yudong Yao –published their findings in eLife and Neurobiology of Learning and Memory. In one study, they detected high levels of PKC-iota in the hippocampus of the knockout mice, whose memory could then be erased as easily as that of the mice with PKM-zeta, but with a PKC-iota/lambda-specific inhibitor. Conversely, blocking the formation of PKM-zeta prevented memories in the normal mice with PKM-zeta, but not in the genetically modified mice without PKM-zeta. These results indicated that PKM-zeta is critical for memory in normal mice, but PKC-iota/lambda acts a backup mechanism when PKM-zeta is eliminated.

In the other study, the Sacktor lab found increasing levels of PKM-zeta as rats improved their long-term memory, repeatedly navigating a series of obstacles. In both studies, Hsieh has created a middle ground between opposing hypotheses to build a more complex picture of memory. In the process, after three fallow years, he’s restored the early promise of PKM-zeta, provided compelling evidence for the roles of both PKM-zeta and PKC-iota/lambda, and helped put the Sacktor lab’s research back on track.

“My ultimate goal is to know how memory works,” says Hsieh, who expects to spend his career studying the phenomenon, just as Sacktor has done. “This is what I have always found most interesting, ever since I was in high school, and the Sacktor Lab is the key to understanding it all.”

One thought on “Unlocking the Mysteries of Long-Term Memory” 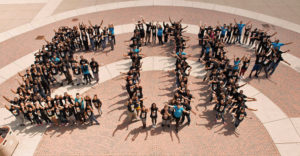 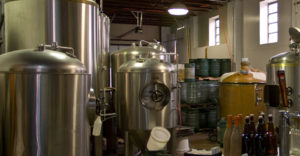 Next post New Career Opportunities are Brewing Up on Campus