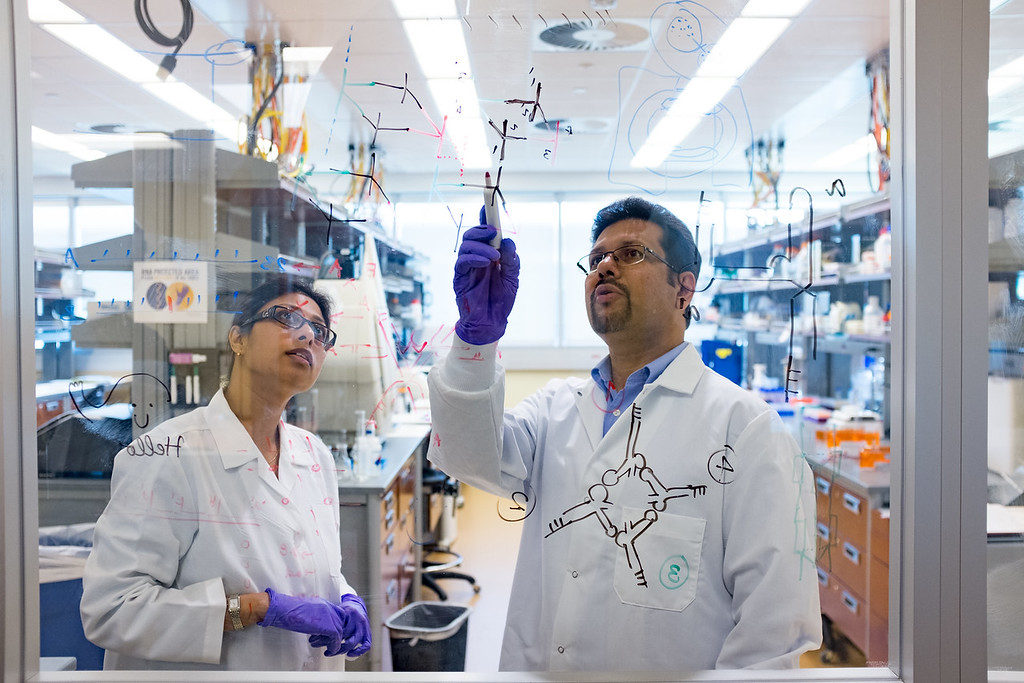 Among the nine types of muscular dystrophy, Duchenne Muscular Dystrophy (DMD) is the most severe and life-threatening. It affects approximately 1 in 3,500 male births worldwide and is characterized by progressive muscle weakness and degeneration. Symptoms typically begin in early childhood, usually between the ages of 3 and 5.

Children with DMD are commonly restricted to wheelchairs within the first decade of their lives with an average life expectancy of just 26.

There is currently no cure – but new research led by scientist Dr. Bijan K. Dey could soon offer hope.

Dey, a faculty researcher at The RNA Institute at the University at Albany, was recently awarded the American Heart Association’s (AHA) prestigious Scientist Development Grant to gain a better understanding of DMD and develop RNA-based therapy treatments that can potentially fight the disease.

“My team is exploring RNA as a novel approach for therapy that has not been previously investigated,” Dey said. “Our goal is to gain a better understanding of the pathophysiology of DMD and DMD-associated heart dysfunctions in molecular detail. We are both excited and thankful for the American Heart Association’s support.”

Dey’s lab is focusing their attention on a small class of small non-coding RNA molecules called microRNAs. RNA is one of our three biological molecules that are essential to human life – along with DNA and proteins. RNA molecules, often referred to as the messenger between DNA and proteins, are involved in various biological roles including coding, decoding, regulation and expression of our genes.

During his postdoctoral training at the University of Virginia School of Medicine, Dey demonstrated that small non-coding RNA molecules (microRNAs) play an important role in regulating the stem cell population that is critical to maintaining our normal skeletal and cardiac muscle function.

In order to treat DMD, his lab must first understand how microRNAs help maintain and regulate our normal skeletal and cardiac muscle function. From there, they will explore what goes wrong with muscle function when these tiny molecules are abnormally expressed in young boys that are diagnosed with muscular dystrophy and other associated heart dysfunctions. Finally, his team will reintroduce microRNAs in the diseased muscle and explore the potential therapeutic benefits.

Dey is confident that with the support of the American Heart Association and The RNA Institute his lab can gain a basic understanding of DMD, follow its progression and provide an avenue for treatment.

“Dey’s innovative research program speaks to the vision of The RNA Institute to create translational therapies requiring both basic and applied research on non-coding RNA’s role in muscle development and related human diseases,” said Paul Agris, founding director of The RNA Institute and professor of biology at UAlbany. “Dr. Dey has the knowledge and experience to bring a whole new approach to muscular dystrophy research and take it to a new height.”

Since launching in 2010, The RNA Institute has established a network of more than 50 laboratories nationwide, encompassing more than 350 researchers, as well as a scientific advisory board with Nobel Laureate and National Academy of Sciences members.

Dey’s AHA grant will not only support his research but also allow for mentor-based training of students and future scientists through The RNA Institute.