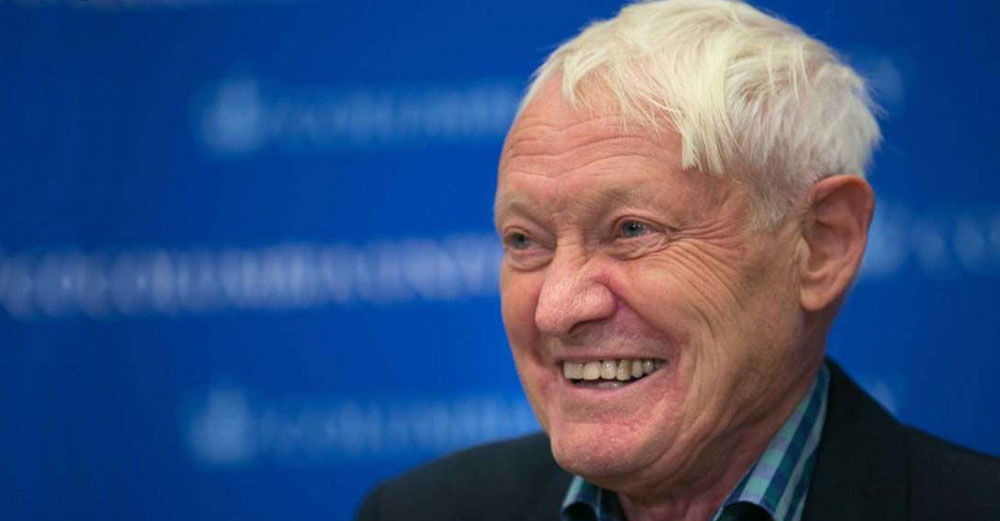 When a phone call woke SUNY biophysicist Joachim Frank at 5:18 a.m. last week, he knew something was up. You see, normally, he and his wife are roused by their dog, he told Nobelprize.org.

The dog “wakes up very early in the morning,” said Frank, a professor of Columbia University in New York and a SUNY distinguished professor on the faculty of Biomedical Sciences, who shared his Nobel Prize for chemistry with Jacques Dubochet from the University of Lausanne in Switzerland and Richard Henderson of the MRC Laboratory of Molecular Biology in Cambridge, England. “This time, it was the Nobel Prize. Normally, it is the dog that wakes us up.”

Frank was a senior research scientist and lab chief with the Wadsworth Center, which is affiliated with the University at Albany’s School of Public Health from 1975 to 2008. While with Wadsworth and UAlbany, he became an investigator of the Howard Hughes Medical Institute and, in 2006, was elected to the National Academy of Sciences and the American Academy of Arts & Sciences. He was named a SUNY distinguished Professor in 2007.

He’s now a winner of the 109th Nobel Prize for chemistry “developing cryo-electron microscopy for the high-resolution structure determination of biomolecules in solution,” according to the Nobel Prize committee. Cryo-electron microscopy is a method for imaging molecules in three dimensions and, therefore, for enabling scientists to visualize proteins and other biological molecules at the atomic level.

Explaining this approach to his work, Frank told a Nobleprize.com interviewer that it helps that he is “very visually oriented. I see patterns. I see structures. I see patterns very, very fast.” Now other scientists and researchers can see them too.

Frank, who lives in New York City with his wife, Carol Saginaw, is also a photographer, even holding exhibitions of his work. His contributions to the prize-winning work, which began at Wadsworth at UAlbany, allow scientists to “see molecules in their free, unconstrained functional state.”

“We have a whole inventory of the molecular machine in its various states,” he said during the Nobel Prize interview.

Joachim Frank joins a list of other members of the SUNY community who have been awarded the Nobel Prize. 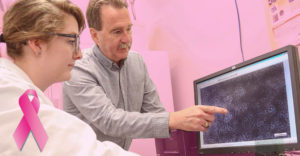 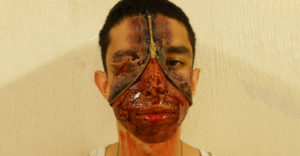 Next post Ask an Expert: How Do I Improve My Halloween Makeup?