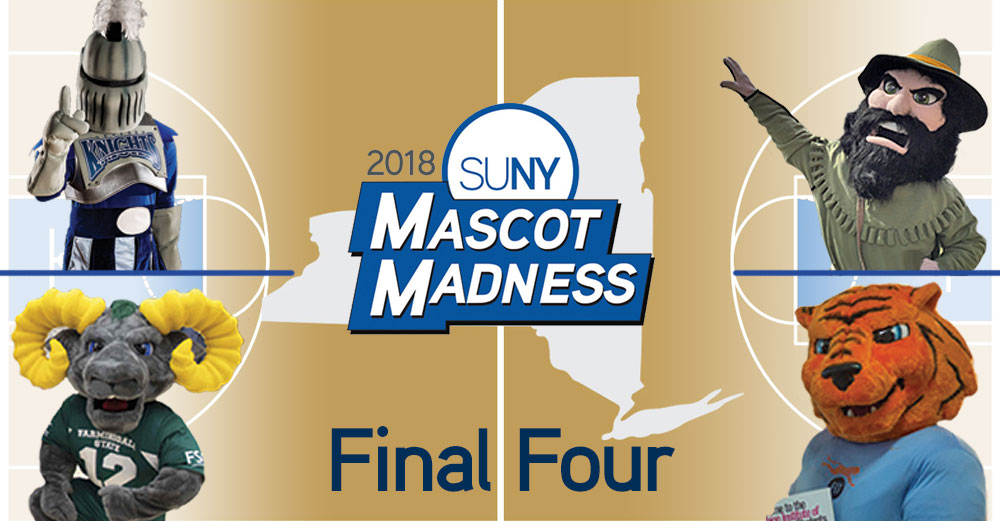 Another round of SUNY Mascot Madness has come and gone, and we’re fast approaching the championship round! Round 3 brought us some nail-biters, like Farmingdale’s Ram-bo win against Dutchess Community College’s Falco by less than 4/10 of a percentage point, and our other victors campaigned well for votes and fought hard to claim victory as their own. Once again, students, faculty and staff, alumni, and other SUNY fans supported their #1 mascot by placing votes and getting the word out about the competition. 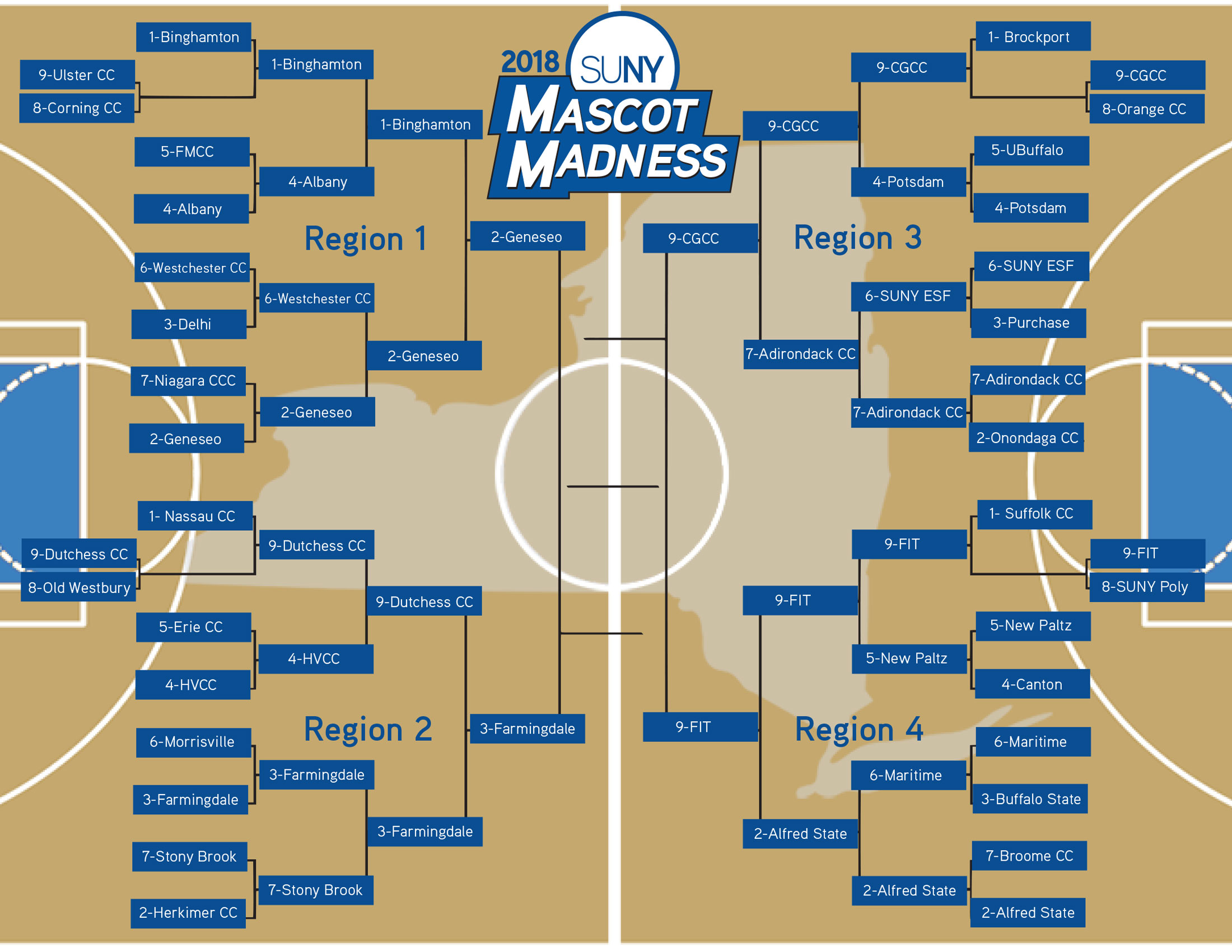 Before we can get to the final showdown to determine SUNY’s most spirited and popular mascot, we need you to vote for our mascots that made it to the Final Four! Left standing are

Be sure you click over to read their profiles and learn all about them to know which one deserves your vote as it now looks like we will have an epic battle coming our way when we get to the championship round. Talk about some intense competition for this semi-final round – you definitely have a tough decision to make! But don’t worry, we’re here to help.

New in the Final Four will be a chance to vote via social media. The SUNY twitter account will release a tweet for each Final Four game asking for users to either retweet or favorite their preferred mascot. These selections will be compiled into the vote totals with each engagement being worth 1/2 vote in the grand totals.

You might be familiar with our Final Four contenders and what they’re all about, but if you need a refresher and how they have compared to all our other competitors, we compiled these profiles to better introduce you to the great SUNY Mascots:

Who advances to the championship round of #SUNY #MascotMadness from the bracket’s left side? Bonus points available here:
RT to support Victor E. Knight from @SUNYGeneseo
LIKE to support Ram-bo from @FarmingdaleSC pic.twitter.com/0kA7JNY0Wh

Who advances to the championship round of #SUNY #MascotMadness from the bracket’s right side? Bonus points available here:
RT to support Rip Van Winkle from @ColGreeneCC
LIKE to support Stitch from @FIT pic.twitter.com/Dg2drgblGS