Ahoy Mate! Gaining Real World Knowledge at Sea Thanks to the EOP 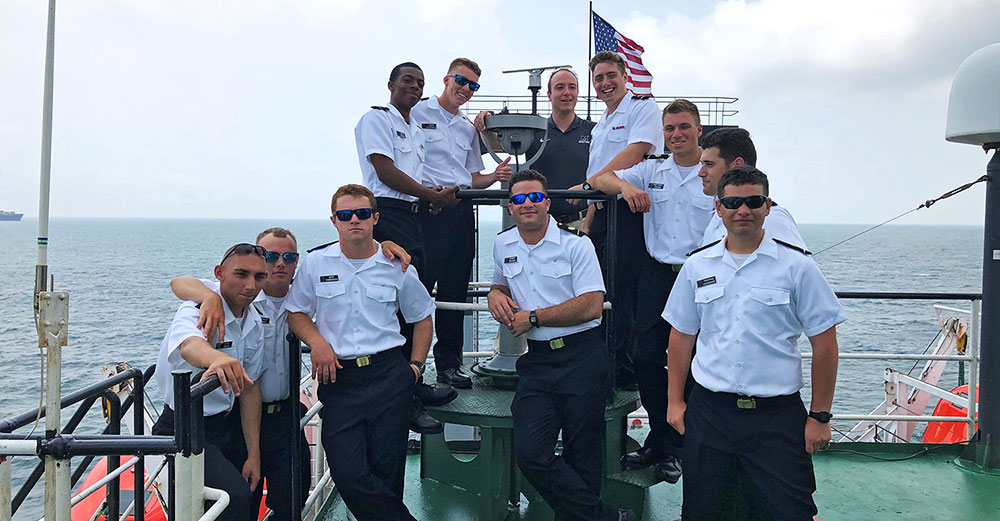 As a rising sophomore at SUNY Maritime College, Bryan Campbell hasn’t fully charted his life plan yet – but one thing is for certain, the Bronx native definitely wants a career on the water. Campbell got a taste of life as a mariner when he and fellow student-cadets shipped out in May for the college’s annual summer sea term.

Maritime was a logical choice for Campbell who graduated from the New York Harbor School, a public high school in New York City focused on marine science and technology. He was admitted to the college through the Educational Opportunity Program (EOP), which provides low-income students who show promise with academic support, advisement and financial assistance.

Campbell, who is majoring in marine transportation, spent 45 days of his summer aboard the T.S. Empire State VI, a 565-foot, steam-powered vessel. Sea term is also known as “cruise”, but make no mistake, this voyage was far from a pleasure cruise. At SUNY Maritime, students learn by doing. Cadets who successfully complete the summer sea term earn six credits while gaining vital hands-on experience in operating and navigating a ship and dealing with port traffic. It is required for students pursuing U.S. Coast Guard licenses. 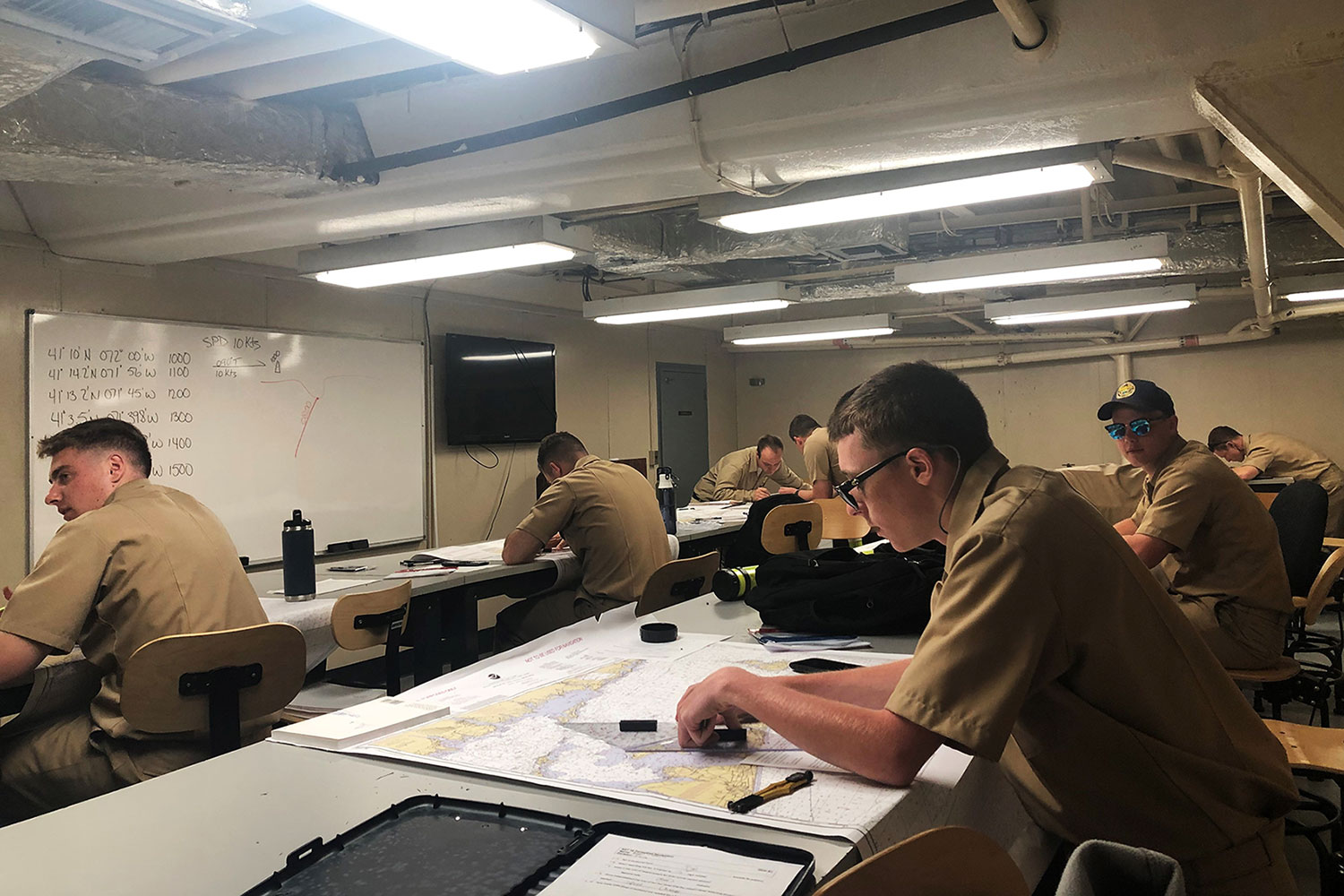 Bryan spent his days on deck watch (being a lookout), taking classes, studying, conducting safety drills and performing maintenance on the vessel. As an underclassman, Campbell said he was relegated to mostly cleaning and painting duties. “Dirty work, as he described it, but overall the summer sea term was a good experience.” The biggest takeaway was learning how to deal with hundreds of people while living in close quarters. Seeing dolphins, whales and other sea life up close was an added bonus.

Summer sea term at Maritime is split into two halves: rising sophomores and juniors are divided between two 45-day voyages and rising seniors are onboard for the full 90-day term, which this year is bound for Reykjavik, Iceland. Campbell’s journey included port stops in Charleston, South Carolina and New Orleans, Louisiana. Now back in New York City, he is working as a deck hand for multiple employers.

The full summer sea term for 2019 ends on August 9, when the Empire State VI will return home with it’s parade up the East River and come to dock on campus in the Bronx.