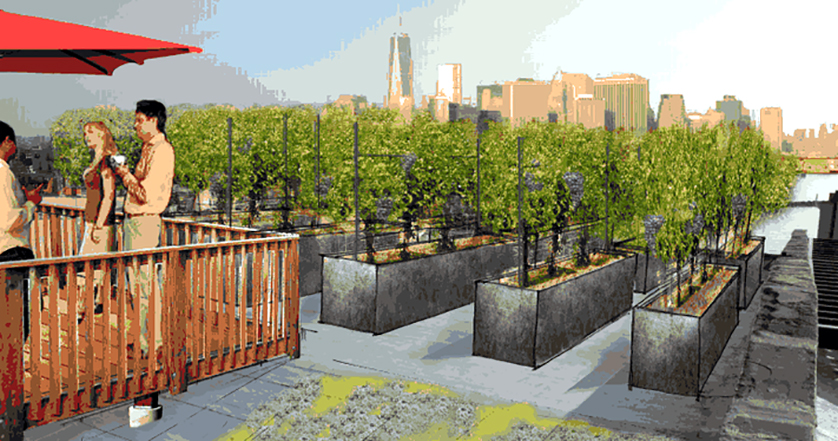 Wine. No restaurant menu is complete without it. It pairs well with nearly any entree and its roots date back thousands of years. Today, Americans drink more than 850 million gallons of wine annually–that’s about two 10-foot-deep football fields filled to the brim with wine every single day.

France, Italy, and Spain have traditionally dominated global wine production because of cheap price viagra the near-perfect conversion of weather, soil, and expertise in those regions. But as Americans are today preferring wine over nearly any other alcoholic beverage, domestic production is booming; more than 9,000 wineries are in operation in the United States. The majority of these vineyards are positioned in California, but New York is ramping up production by leaps and bounds. In fact, in March 2014, New York State Governor Andrew Cuomo announced that New York ferments more grapes than any other state east of the Mississippi River.

When we picture these thousands of vineyards, it’s probably a visualization close to the paintings hung on walls in Italian restaurants: bright-green rolling hills with mountains beyond the pastures; cialis alternatives grape vines in parallel with one another, interrupted only by wooden stakes to support their growth.

And we are correct; the vast majority of wine is, in fact, cultivated in this picturesque setting and probably will be for decades to come. But as with any industry, a shakeup is in the making–a revolution, says Rooftop Reds co-founder Devin Shomaker–that is a direct result of our collective search for a more sustainable planet. It’s been projected that by 2050, 80% of the nation’s population will reside in urban settings, and concerns about providing local food resources to those settings has become increasingly important.

A partial solution, Shomaker finds, can be found in a less traditional place: install vineyards on the rooftops of existing urban structures. His startup, Rooftop Reds, has already completed a pilot vineyard in Brooklyn, New York in the summer of 2013 and is preparing for a large-scale growing season in New York City beginning in June 2014.

Devin Shomaker didn’t land on the top of a Brooklyn rooftop last summer by chance; it seems that every step he has taken in his educational and professional career has aligned him to tackle such a groundbreaking project (this isn’t the first venture for Shomaker; with one of his brothers, he opened a swim academy in China in 2010).

Shomaker studied marketing at George Mason University, feeding his love for creative business. Following graduation, his interest in wine piqued while working at a wine bar in Virginia. This curiosity eventually drove the Brooklyn native to enroll in the upstate New York Viticulture and Wine Technology program at Finger Lakes Community College soon after (a two-year program boasting–yes–100% job placement rate for its graduates).

“[The program] pushes students to develop their skills not only in the classroom but also in the field in a way I never was pushed during my undergraduate degree,” Shomaker says. “This insight and experience has been invaluable, both to me and to Rooftop Reds development.”

The concept of bringing agriculture to urban residents had been an interest to Shomaker for some time and it was while in the program, he says, that ‘Rooftop Reds’ started. With the help of his business partners – Chris Papalia, a fellow viticulture student; Evan Miles, a Finger Lakes winemaker; and Devin’s brother, Thomas Shomaker – Rooftop Reds was born.

The team settled on the goal: an ‘urban planter’ system that mimics the way a grapevine grows in a traditional setting—and then replicate it in an urban environment. They worked with industry experts at Finger Lakes Community College and in early 2013, successfully developed a prototype project.

In May 2013, Rooftop Reds planted the pilot project using an urban planter: a 50-vine vineyard of Bordeaux grapes on the rooftop of Windsor Terrace in Brooklyn.

According to the company, “the varietals represent all five traditional red Bordeaux grapes including Merlot, Cabernet Sauvignon, Cabernet Franc, Malbec and Petit Verdot.”

It was a success. In early 2014, the team launched a Kickstarter campaign to raise funds for the development of the project, exceeding their $15,000 goal in twenty-eight days, a true indication of the viability of endeavor.

With a small but critical victory under the company’s belt, Shomaker and his partners are looking to the company’s future to continue development and expansion–a mere months after the startup’s launch from a college class.

“When you start a business you have no idea of what you are doing, or what you are getting yourself into,” Shomaker added. “You have an idea, and higher education is the perfect incubator for ideas, for support and for pushing drive and ambition.” But Shomaker’s vision for Rooftop Reds goes far beyond just making wine in metropolitan environments. He hopes to build his company into a resource for local residents to learn about agriculture and sustainability.

“Rooftop Reds’ goal is to provide educational seminars on viticulture practices and expose the largest wine market in the United States to the ‘ins and outs’ of the wine industry. Our overarching vision is to help establish the next generation of wine enthusiasts, viticulturists, and winemakers through exposure to our urban vineyards,” the company website reads.

Shomaker envisions an opportunity to provide internships and educational experiences to Brooklyn youth and to expose them to pathways to higher education through wine technology.

This spring, with the Kickstarter funding and a partnership with a metal fabrication company in Geneva, NY, Rooftop Reds is in the structural analysis phase of the planter system and is working with the Brooklyn Navy Yard Development Corporation to begin the next growing phase of the project in June 2014.

The first grapes will be ready in 2015, marking Rooftop Reds the first commercially-viable urban vineyard in the world. 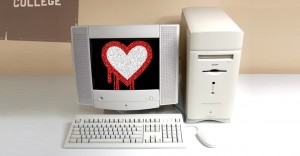 Next post Heartbleed: What Every College Student Should Know