Black Bears: The John Waynes of the Woods 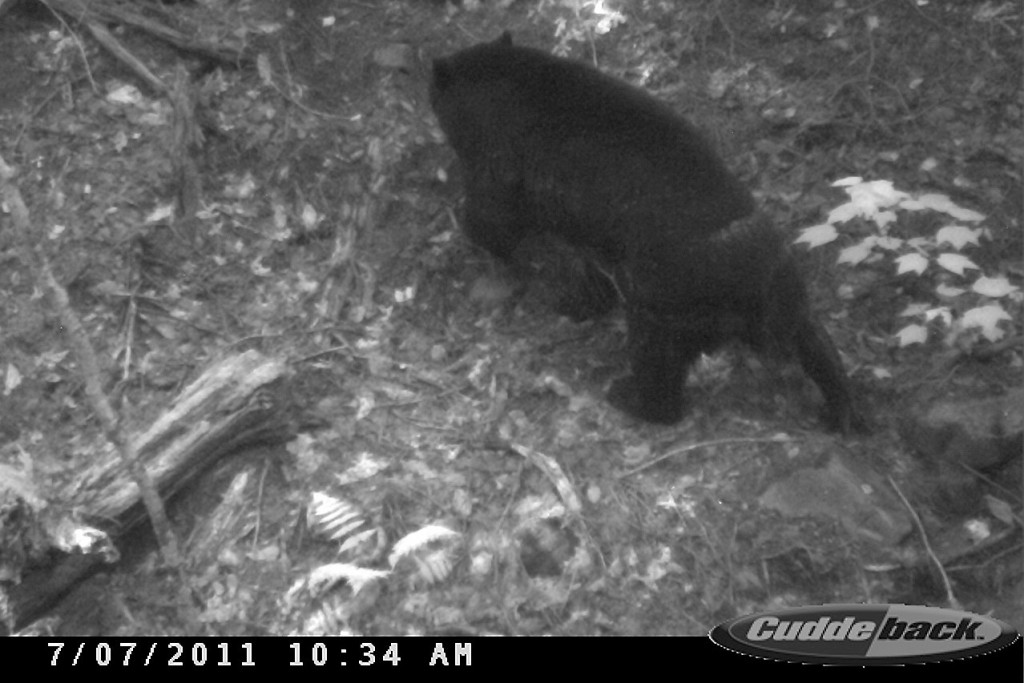 FLCC research cameras caught this black bear in the middle of a "cowboy walk."

As a camp counselor in the Adirondacks, Alyssa Johnson sees black bears as vagrants, nosing into trash bins for something a picky camper left behind.

But at Finger Lakes Community College, Alyssa has seen another side of the forest-dwelling Ursus americanus: the cowboy side.

It seems that every so often black bears will purposely mosey through the woods with a bit of a swagger, kicking their legs out to make their trail wider. Then they purposefully retread these footprints, leaving depressions that can be the size of dinner plates.

It’s an odd behavior, and it turns out, no one has gathered much data on it — until last fall when Alyssa enrolled in professor John Van Niel’s bear management class.

FLCC has a tradition of building original research – not just field or lab exercises – into the curriculum. After a successful three-year roll out of its model for undergraduate research at six other community colleges, FLCC was awarded a $3.35 million National Science Foundation grant in September to take its concepts national.

“We believe that in order to understand science, you must do science,” says FLCC biology professor Jim Hewlett, administrator of the NSF grant.

Research is the best way, Jim adds, to keep students engaged in science as they prepare for careers or transfer to four-year schools. 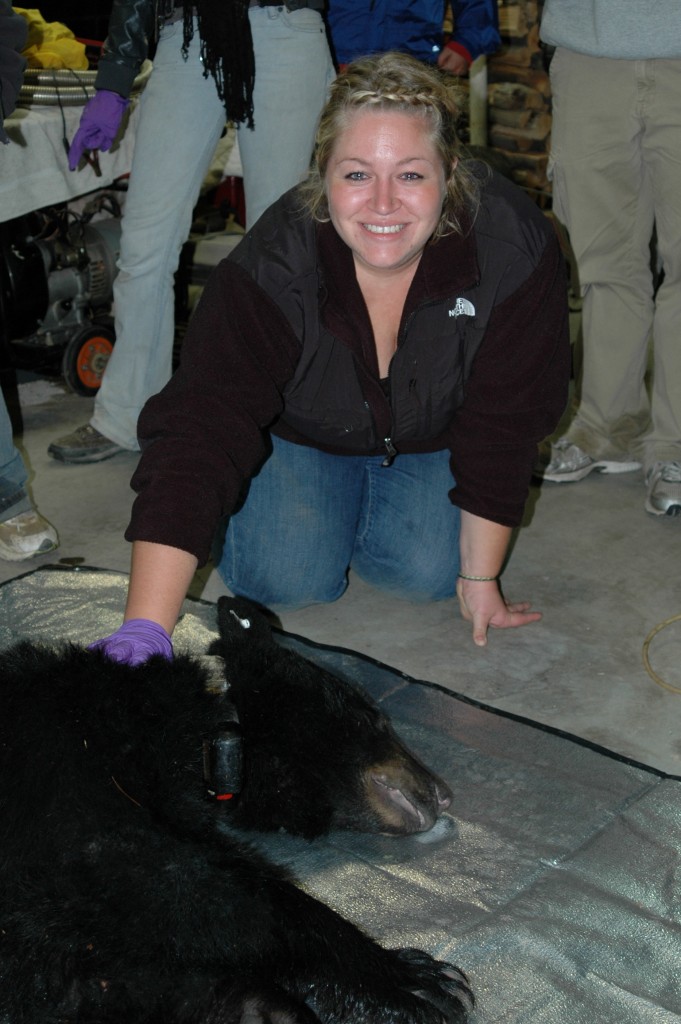 During a visit to the Berkshires, she and her classmates were lucky enough to actually see a bear in the act of retreading tracks – not just walking a well-used trail – but placing its feet right into the same footfalls.

“It was the coolest thing I’ve ever seen. I was studying something no one knows much about, and I’m seeing a bear in the wild doing bear things,” she said. “It solidified for me what I want to be doing with the rest of my life.”

That was in July. By October, Alyssa had put together a presentation for the Annual Fall Scientific Paper Session of the Rochester Academy of Science, which has been promoting an interest in the natural sciences for 130 years.

Alyssa and her classmates’ measurements found that the bears’ stride and straddle (terms referring to the length and width) for these deliberately retreaded tracks were above the recorded norm for bears just going about their everyday business. Normally, as an animal’s stride increases, the width of the trail narrows – think of those racing predators on TV nature shows. In the Berkshire trails, the FLCC team found bears’ steps to be both longer and wider, suggesting the bears knew what they were doing.

These trails, sometimes called ritual trails — or even, yes, a cowboy walk — are typically found in areas where bears have bitten and scratched trees as well.

This begs the questions: Is the sight of a trail left by a big, swaggering bear meant to attract the ladies? Perhaps this is how male bears tell one another: This town ain’t big enough for the two of us.

So far FLCC researchers haven’t found any of these cowboy-style trails in western New York despite a public campaign in newspapers, TV and radio to get some “citizen scientists” to help. Or, perhaps the bear population in the college’s neck of the woods is not yet as thick as in the Adirondacks or the Berkshires, meaning there’s no need to muscle out the competition.

But that’s another thing about original research. You just don’t know what you’re going to find. And that’s why you do it. Alyssa isn’t about to give up the hunt for these John Waynes of the woods. As the Duke himself would say: Not hardly.