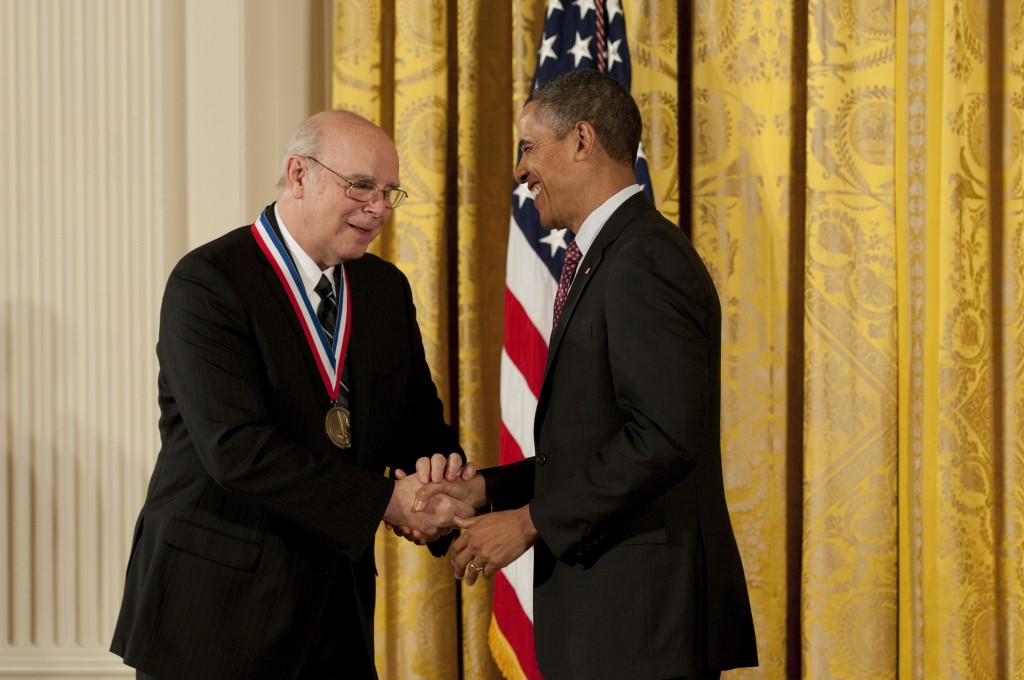 SUNY attracts the best and brightest scholars and our 3 million alumni are helping shape life in the 21st century. Take, for example University at Buffalo alum Norman R. McCombs, who developed an oxygen production system that spawned a billion dollar industry and helped ease the pain of millions suffering from lung diseases. Recently, President Barack Obama presented the National Medal of Technology and Innovation to McCombs at a ceremony held at the White House.

The medal is the U.S. government’s highest honor for technological achievement and it recognizes those who have made lasting contributions to America’s competitiveness and quality of life and helped strengthen the nation’s technological workforce. McCombs certainly fits the bill. An innovator and entrepreneur, he holds more than 40 U.S. patents and hundreds more internationally. In the 1960s he helped to develop the Pressure Swing Adsorption (PSA) method to separate gases.

McCombs was first to develop a PSA system that produced oxygen. His device, called an oxygen concentrator, is primarily used to treat people suffering from chronic obstructive pulmonary disease (COPD), which includes chronic bronchitis, emphysema and other lung diseases. The initial device weighed more than 200 pounds, but McCombs has since made it small and safe enough that the Federal Aviation Administration approved its use on commercial airplanes, enabling countless COPD sufferers to travel. Today, there are approximately 1.2 million oxygen concentrators in the U.S. The devices save billions of dollars in health care costs each year.

Norman McCombs is the Power of SUNY personified.

View a full video of the event below. For a full recap, including a transcript of the President’s speech, click Here.