Alfred State Treks to China for the 2013 Solar Decathlon 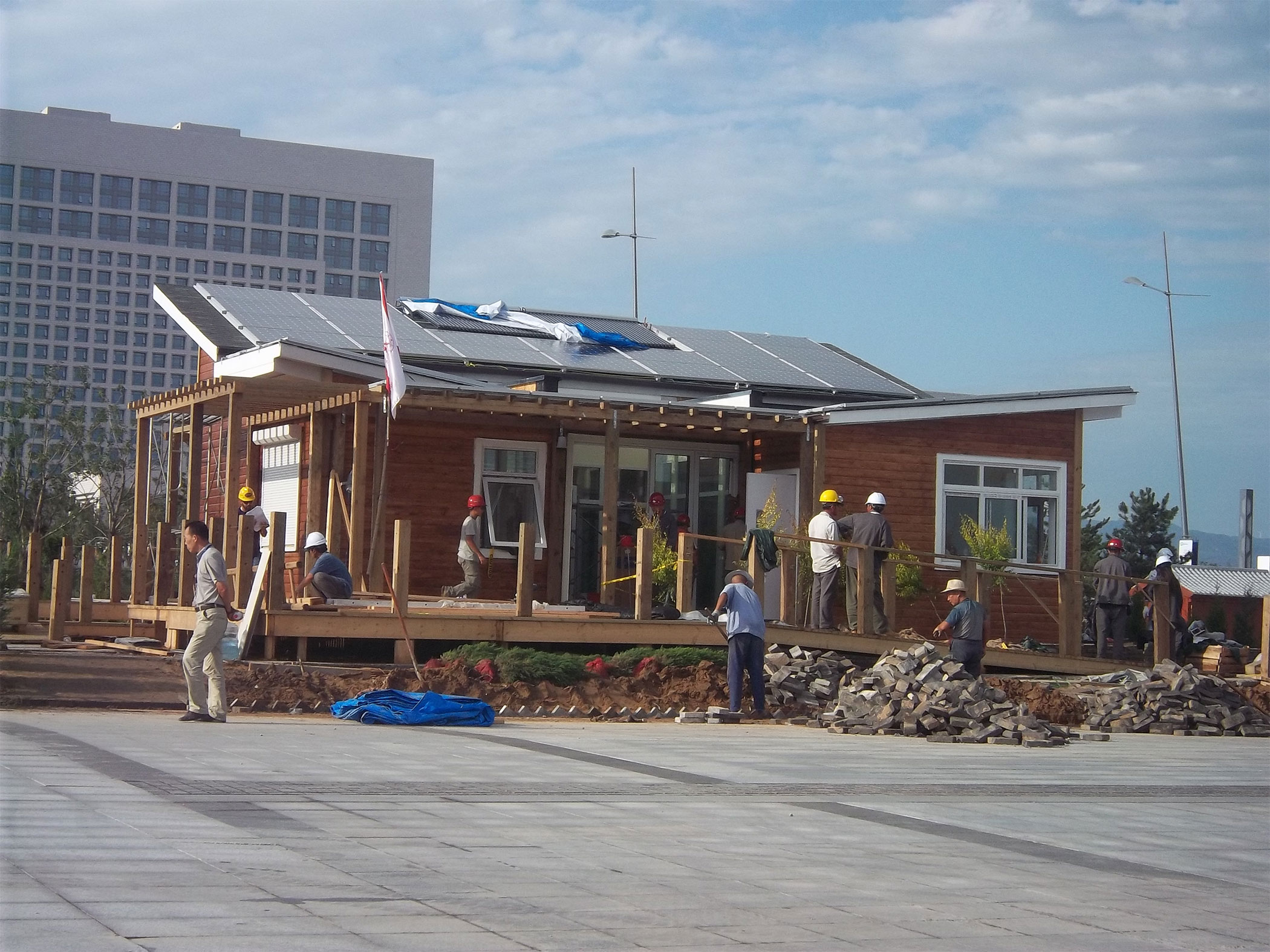 Students from Alfred State are helping build this solar-powered home for the 2013 Solar Decathlon in China.

From July 15, 2013, to August 18, 2013, students from, Alfred State, Alfred University, and Guilin University of Technology in China, have come together in Datong, China, to build a home of the future — one that will showcase some of the biggest innovations in renewable energy and sustainable design.

“It has been a life changing experience, full of challenges,” says Jacob Grisewood, of Belmont, NY. A 2013 graduate of Alfred State’s building construction program currently pursuing a technology management degree, he and two other Alfred State students made the trip to China to compete in the 2013 Solar Decathlon China not only for the experience of building the home, but of being immersed in collaborative working environment with other cultures. “It has given me the opportunity to learn on an international level,” Jacob says.

Team Alfred’s home was designed to go beyond what previous decathlon homes had done, combining cutting-edge engineering with traditional Chinese architecture. And they aren’t alone. More than 20 other teams representing colleges and universities in 13 countries have also gathered for the competition in Datong. All teams are striving to create the most energy-efficient, aesthetic, affordable solar-powered homes imaginable. “This project was a big step in the right direction,” Jacob says. “I hope that it will inspire people to integrate renewable energy sources into their everyday lives.”

The competition, co-hosted by the China National Energy Administration and the U.S. Department of Energy, was designed to create tangible, fully functioning demonstration homes in an effort to show the world the power of solar-driven energy efficiency. The decathlon required students to design, construct, and oversee operation of a concept solar-powered home utilizing current technologies. “I’m very thankful for this amazing opportunity that Alfred State has given me,” Jacob says. “They have invested in me as a person and I feel honored having been a part of it.”

Connect with Team Alfred and get updates on their progress on the China Solar Decathlon Facebook page.