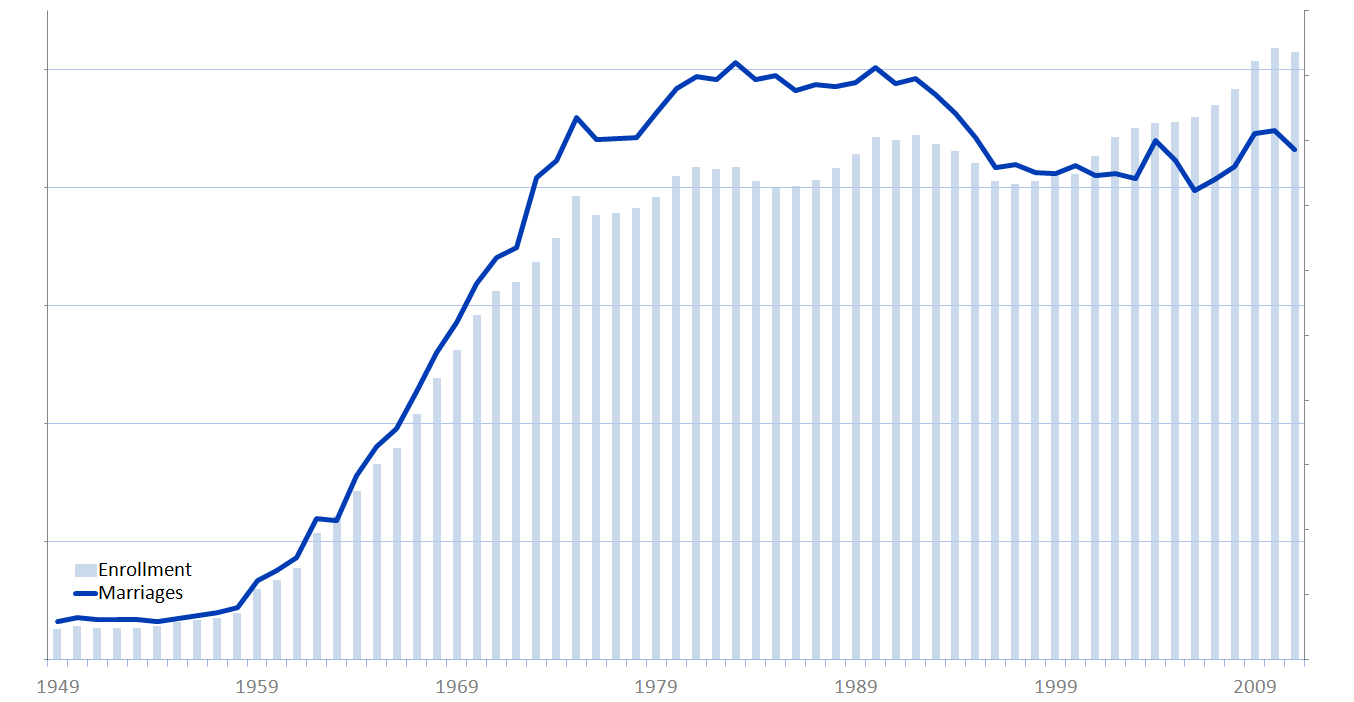 People realize lots of positive results from attending college. Higher paying jobs, refined skills, exposure to a diverse collections of ideas and cultures, the list goes on. But with 3 million alumni across the globe (and growing as we awarded more degrees and certificates last year than ever before), and with Valentine’s Day being tomorrow, we found ourselves curious about one more possible benefit.

How many couples tied the knot because they met at SUNY?

By applying some simple calculations, we can estimate how many people met their significant other while they were students at the same SUNY campus.

Some background: the rate of marriage in the United States has been steadily declining since 1980, according to the National Center for Health Statistics, and is at its lowest rate in history (the highest rate was during WWII). There are upticks and downturns, usually correlated with economic conditions, and the ever-changing public policy surrounding marriage is sometimes difficult to track.

However, every ten years, the U.S. Census Bureau collects information in order to help policymakers plan and respond to shifts in our populous. Among the information collected is the number of households that contain spouses. This data, along with numbers of marriage licenses filed on a state level by a state’s vital statistics office, is used to calculate the marriage rate (total marriages in one year divided by total population, times 1,000). Historically, New York State’s marriage rate is a little bit lower than the national average.

In order to separate the number of marriages that have occurred from those relationships that are grounded in college, we turn to one of the world’s largest aggregators of population data: Facebook. In a 2013 study by the Facebook Data Science Team, using user data of self-identified college graduates, it was declared that approximately 28% of all married college graduates that use the popular social network attended the same college campus as their spouse.

Because this sample was likely huge and so diverse, it is more or less an accurate representation of the entire U.S. population. And because we do not have historical data available, we need to use our intuition to assume that this fraction of marriages has been constant since 1948 (admittedly, this is possibly the most difficult figure to account for because the makeup of a student body has drastically changed in the past century).

Finally, a study on marriage and family development in 2008 found that, on average, couples decided to marry 2.8 years after first showing romantic interest. This means that any given population should be connected with marriage rates approximately three years prior (plus, it’s likely that couples wait to marry until after college).

So, using these historical data in line with our own enrollment figures from 1948 to 2011, we can estimate that 39,512 marriages were of a couple that met on a SUNY college or university campus.

There are probably a thousand other factors that contribute to marriages and this is only a rough estimate of the number, but it’s interesting nonetheless!

3 thoughts on “This is how many couples met on a SUNY campus, got married” 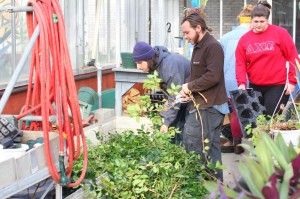