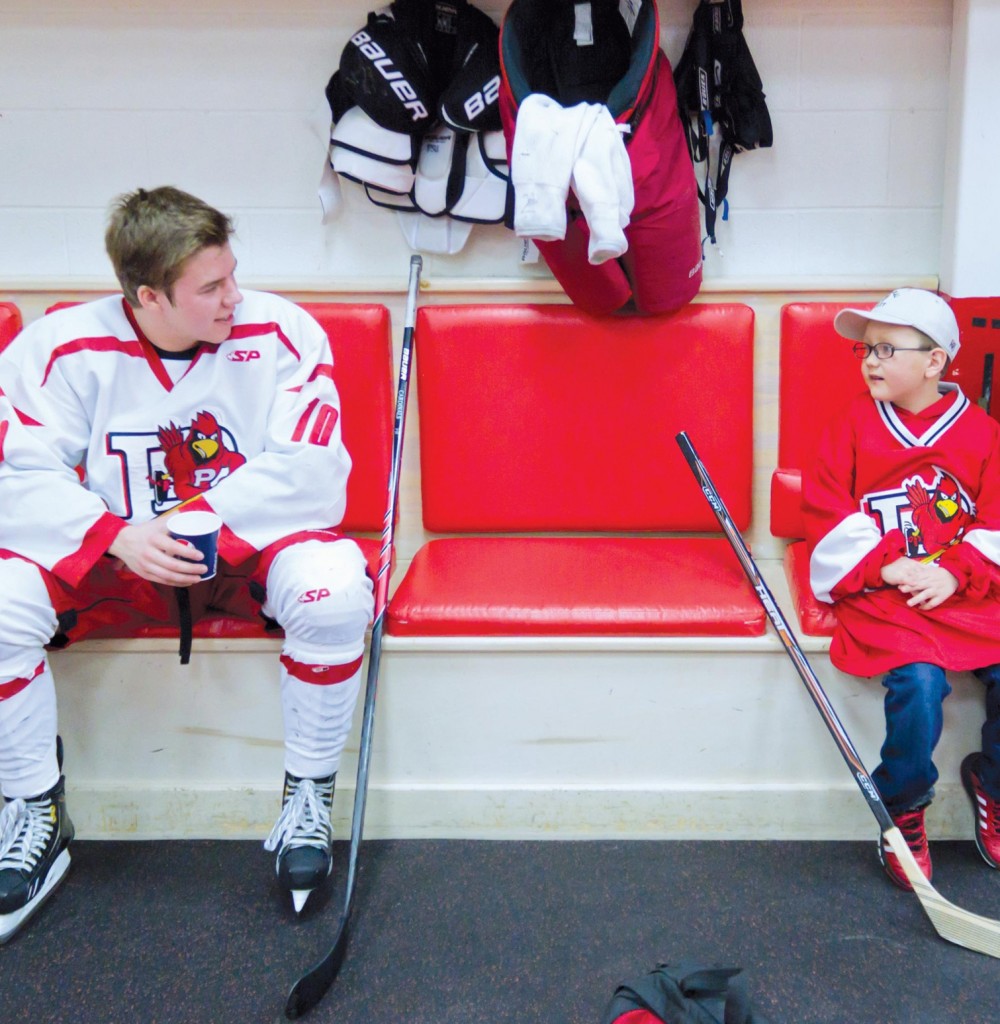 All he wanted was a PlayStation 4 — what he got was a night all about him, one he’ll never forget.

A year and a half into his battle with acute lymphoblastic leukemia (ALL), 6-year-old Plattsburgh resident Matthew Wood had his dreams come true last Friday night thanks to the collaboration between the Northeast New York chapter of the Make-A-Wish Foundation and the SUNY Plattsburgh men’s hockey team.

Matthew’s special day began when his mother, Kasi Wood, picked him up from his grandparents’ house at about 3 p.m. after his school day was through. Matthew then received a note that said he had won a “cool ride” in a limo and “VIP treatment” at his favorite restaurant, Hong Kong Jade Buffet.

“His face was planted like right up against the window,” said Pat MacMannis, regional coordinator for the Northeast New York chapter of Make-A-Wish and one of two wish-granters, who, alongside Amy Ladue, worked to make Matthew’s dreams come true. “He didn’t really even know what a limo was.”

His family was greeted by the restaurant owner, who gave Matthew a set of Tai Chi balls, which MacMannis said were meant to serve as a reminder of his night.

As dinner was wrapping up, Matthew received yet another letter to inform him his night was just beginning.

“In that letter, it said, ‘Congratulations! You and your family have won tickets to go see the Cardinals play hockey tonight,’” Kasi said. “Matthew has been a huge fan of hockey as of this year. We’ve taken him skating there, but he had never been to a hockey game, so this was huge for him.