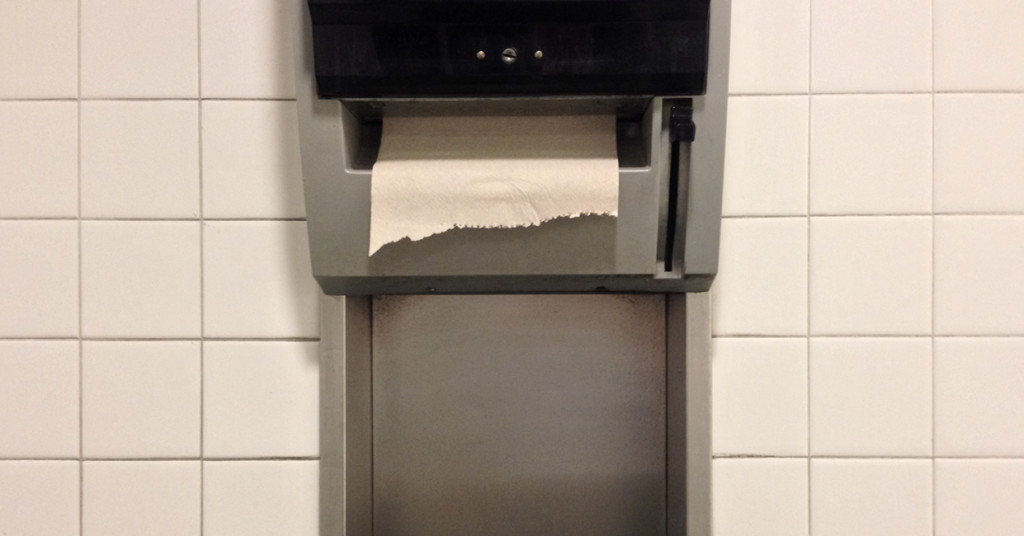 The team examined four high-traffic and low-traffic men and women’s bathrooms on the university campus that had Dyson Airblades and paper-towels dispensers. Then, they used blow torches (yes, blow torches) and cotton swabs to collect bacteria samples to find that six times more bacteria grew on paper-towel dispenser push-and-crank handles than on the Dyson Airblades.

“People in general think hand dryers are dirty,” said student researcher Alanna Olear, a senior environmental engineering major. “But they don’t know a lot about the [air dryer], which is cleaner than normal hand dryers. So their perception on regular hand dryers sways them to think that the Dysons are bad as well.”