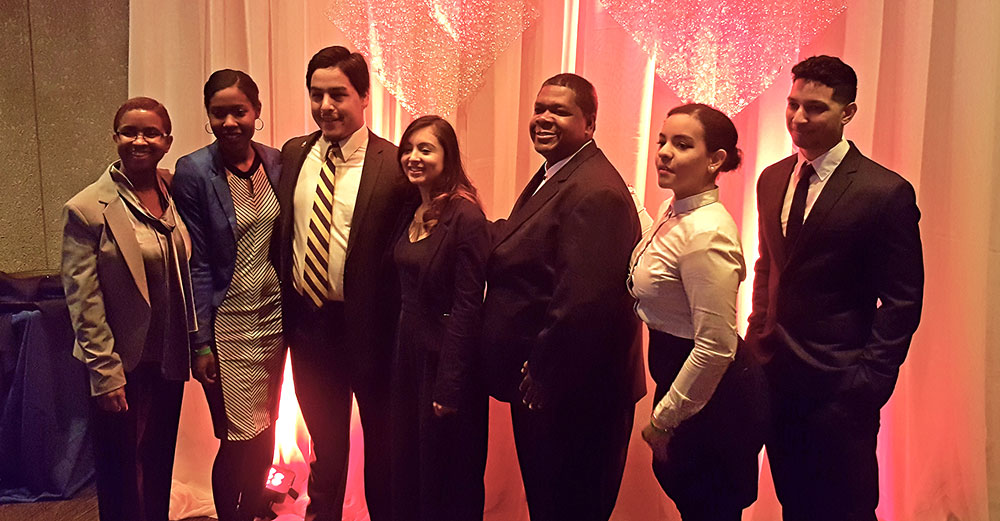 It’s no surprise that attaining higher education comes at a cost. While some may dream of pursuing a college degree, it may be unattainable due to financial constraints. That’s where the Educational Opportunity Program comes in, designed to provide access, academic support and financial aid to those who show initiative for academic success but may not be able to commit. Since its formation in the late 1960’s, the program has become available at 43 campuses and has helped over 55,000 students graduate with a SUNY degree.

“The Educational Opportunity Program at SUNY is one of our most successful and sought after programs, with more than 30,000 students applying for 2,500 available seats every year,” said Chancellor Zimpher. “Bringing programs like EOP to more students – that’s what our completion agenda sets out to do, and it is precisely what the Investment and Performance Fund can accomplish. We are thrilled to be sharing these awards with our campuses today in recognition of their excellent work, and we hope to continue expanding this impactful program to better meet the tremendous need throughout New York State.”

SUNY’s EOP program currently provides access to more than 10,000 academically and economically disadvantaged students, helping them achieve success in college. The program has a six-year baccalaureate graduation rate of 65 percent, which exceeds the national rate of 56 percent for all public institutions.

Recognizing the Success of the Program

The announcement of EOP expansion was made in conjunction with the 45th Annual Caucus Weekend of the New York State Association of Black and Puerto Rican Legislators, Inc. in Albany. The weekend long event, which hosts both New York legislators along with EOP students in attendance, is aimed at providing events and workshops targeted to New York state’s communities of color. This years theme, “Restoring Faith & Justice: In Pursuit of Empowering our Communities,” was ready to tackle issues including minimum wage, improvement of child care, criminal justice reform, and relevantly, better access to higher education. 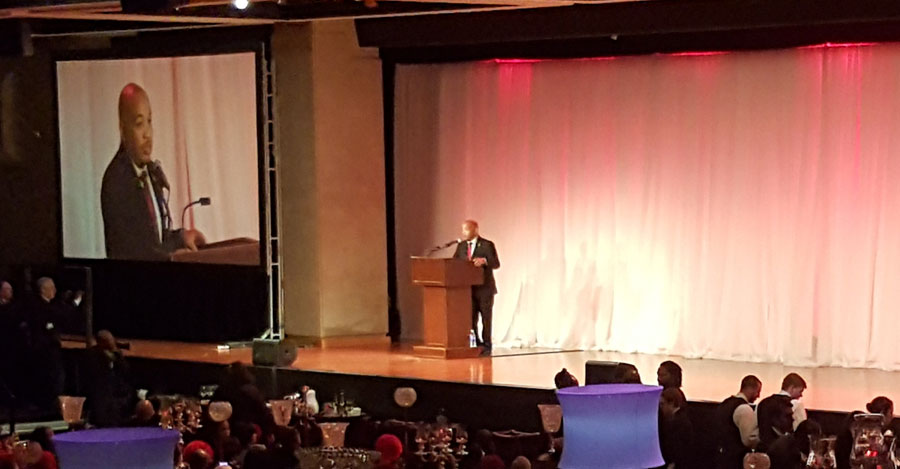 “It is only fitting that we announce these awards today, as we celebrate the success of SUNY’s EOP program with our students and the New York State legislators who have made these awards possible,” said Chairman McCall.

Michele Titus, an Assemblywoman representing District 31 and Chairwoman of NYSABPRL, commented on the benefits that higher education can lead to. “Over 45 years, the Legislative Conference has also funded hundreds of student scholarships,” Titus said. “We are committed to ensuring that working families can continue to make it in New York, and higher education is one pathway to the middle class and financial stability.”

Coupled with the news of EOP expansion, it’s safe to say that their goals of attaining increased access to higher education have been met.

Several EOP students attended the Caucus this past weekend, including University at Albany student Ijala Wilson, giving testimony as to how the program has benefited them.

“EOP has been a great assistance to further my education,” said Wilson. “It has not only supported me financially, but personally and academically as well. EOP has given me a second family. I have gained a great sense of personal growth and professionalism because of EOP. I am a first generation college student. I never could have made my way through college if it wasn’t for the EOP program’s staff at the University at Albany. The EOP program has shaped me into the young, ambitious woman I am today.”

The Benefits of a College Degree

Studies from U.S. News & World Report show that even though bachelor’s degree holders entered the workforce later, they made an average of $1 million more over the course of their lifetime than those with just a high school degree. Additionally, The U.S. Census Bureau states that education level is the most significant determining factor for earning potential, and that earning potential increases significantly as education level increases.

It has also been observed that college graduates enjoy benefits including more opportunities for employment, higher salaries, higher job satisfaction, better benefits, the ability to fair better during economic instability, better communication skills, and passing these benefits onto future generations. The children of college graduates have easier access to healthcare, generally lead more comfortable lifestyles, and are also more likely to pursue a college education themselves.

“From the country’s perspective, education can be only part of the solution to our economic problems,” said New York Times columnist David Leonhardt. “But from almost any individual’s perspective, college is a no-brainer. It’s the most reliable ticket to the middle class and beyond.”

With this newly awarded $2.4 million to the EOP program, more students will be given the opportunity to pursue the career, and the life, that they aspire to. For those further interested in more info, visit suny.edu for info on the Educational Opportunity Program.