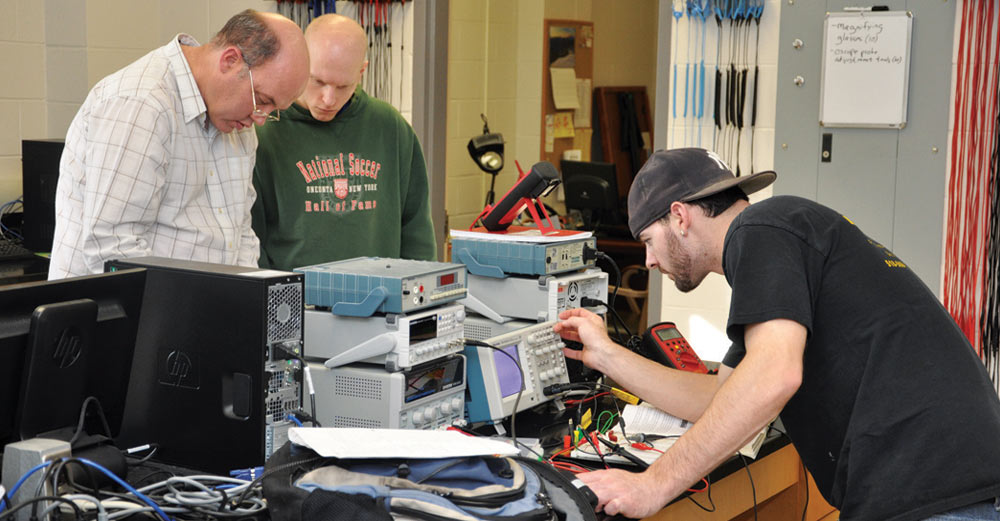 Community colleges are the building blocks on which millions of students can obtain affordable higher education. At the State University of New York, 30 of our 64 campuses throughout New York State are community colleges. Approximately 240,000 students, more than half of our nearly 460,000 total, are enrolled in community colleges. In the United States, there are over 1,100 community colleges educating 7 million undergraduates from all walks of life, from first-generation, veteran, low income, elder, or minority students.

Recognizing the influence and power community colleges have on employment and the workforce, President Barack Obama and Vice President Joe Biden have stepped up to the plate. On April 25, it was announced that the White House will launch an investment of $100 million for America’s Promise Job-Driven Training Grants. In addition, 27 new states, communities, and community colleges have created free programs funded by $70 million in public and private investments to help educate 40,000 students.

The initiative is part of America’s College Promise Campaign launched in 2015. The goal: enable students two years of free community college towards completing their degree to obtain skills demanded by our current day competitive workforce. Last year, the proposal was in its infancy. Today, the news of the Job-Driven Training Grants breathes new hope into making these goals a reality for college students around the country.

Within the next ten years, around half of new jobs created by the economy will require some level of training or higher education. To account for this, the Obama Administration knows how important it is to invest in a job ready post-graduate workforce in leading fields such as technology, manufacturing and health care.

“Every American, whether they’re young or just young at heart, should be able to earn the skills and education necessary to compete and win in the 21st century economy,” President Obama said in a press release.

SUNY takes on the College Promise

In response to this new initiative, SUNY is also participating in the challenge. Chancellor Nancy L. Zimpher is a member of College Promise, a national advisory board in support of the College Promise Campaign emphasizing high quality community college education.

“President Obama is a champion for providing opportunities for the millions of Americans who want to earn a college degree, at a time when it’s more important than ever to have the skills that come with a college education,” Zimpher said. “The president also truly understands the important role community colleges play as a gateway to higher education and opportunity. SUNY’s 30 community colleges throughout New York State are models for higher education-business partnerships, working closely together to make sure a degree earned prepares a student to be both marketable and successful in the workplace.”

At the Forefront of Skill Training

In 2014, Vice President Joe Biden and his wife, Jill, visited Monroe Community College in Rochester to discuss the importance of affordable education. Having attended Syracuse University, Biden is no stranger to upstate New York. Rochester used to be a hub for major optic companies including Kodak and Xerox, but as technology has changed several businesses in the area have failed. As new companies take their place, new skills are required to properly fill these jobs.

Monroe took it upon themselves to survey local businesses to find out the necessary skills needed to fill open positions in the area. Furthermore, Monroe partnered with 200 local businesses to create specific programs and courses available at the college to prepare students for job openings in Rochester.

Both Biden and his wife praised Monroe for being a model institution in preparing and training students for the new realities of the workforce.

“At one local company, we found that almost half of the 200 employees had completed or were enrolled in a program at Monroe,” Biden said. “Some entry-level positions at the more than 50 optics businesses in and around Rochester pay nearly $60,000 a year. These students earned an immediate ticket to the middle class.”

“Monroe is doing exactly what we need to do,” Jill said, following their 2014 visit.

In a personal address from Biden and his wife, the couple stated, “At the end of the day, ‘an education’ isn’t about a diploma. It’s about building a foundation for yourself. A pathway into the middle class. The very best way to create a better life for your families.”

New York State is doing its part to contribute to the nation’s standards for higher education. On a statewide level, initiatives such as SUNY 2020 have set similar goals in stimulating economic development through improved higher education. On a campus level, SUNY is setting the example for colleges around the country to not just give students an education, but to give them the comfortable life and career they have worked so hard for.