Celebrating 50 Years of Excellence in EOP 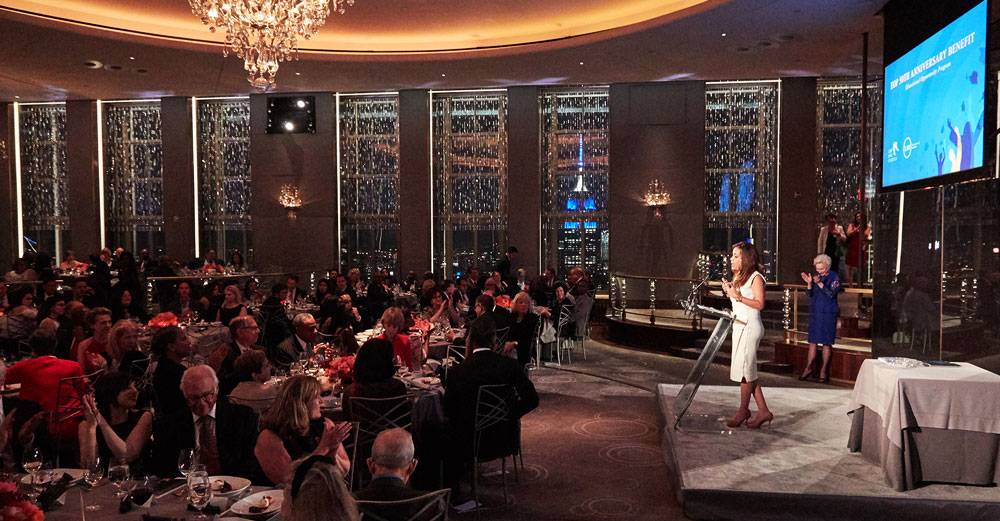 It dates back to 1967, but the Educational Opportunity Program at SUNY is stronger than ever and set to get even stronger in the future. The EOP was created as a way to help low-income, primarily first-generation students gain access to college and the support needed to complete their degrees successfully and on time. Arthur O. Eve, a first-term assemblyman from Buffalo, led an effort to establish the Educational Opportunity Program and successfully secured a half million dollars in state funding to get it started.

Now, 2017 brings us to the 50th anniversary of  the EOP, and as a kick off to celebrations taking place all year long a 50th Anniversary Benefit Gala was held earlier this week with special guests from all walks of life who have reached success thanks to the EOP.

Held in New York City at the Rainbow Room, the EOP 50th Anniversary Benefit Gala was organized to both honor the success of SUNY’s EOP alumni as well as raise money to strengthen EOP programs at all SUNY schools. The fundraising was done through the new SUNY Impact Foundation, which had been formally announced at Chancellor Zimpher’s 2017 State of the University address. With an event of this stature to officially kick off the work of the Impact Foundation, the possibilities were there to have a good showing of support and success. With figures still being analyzed, preliminary numbers show us that more than $1 million dollars was donated by attendees and online!

A look back at a great night 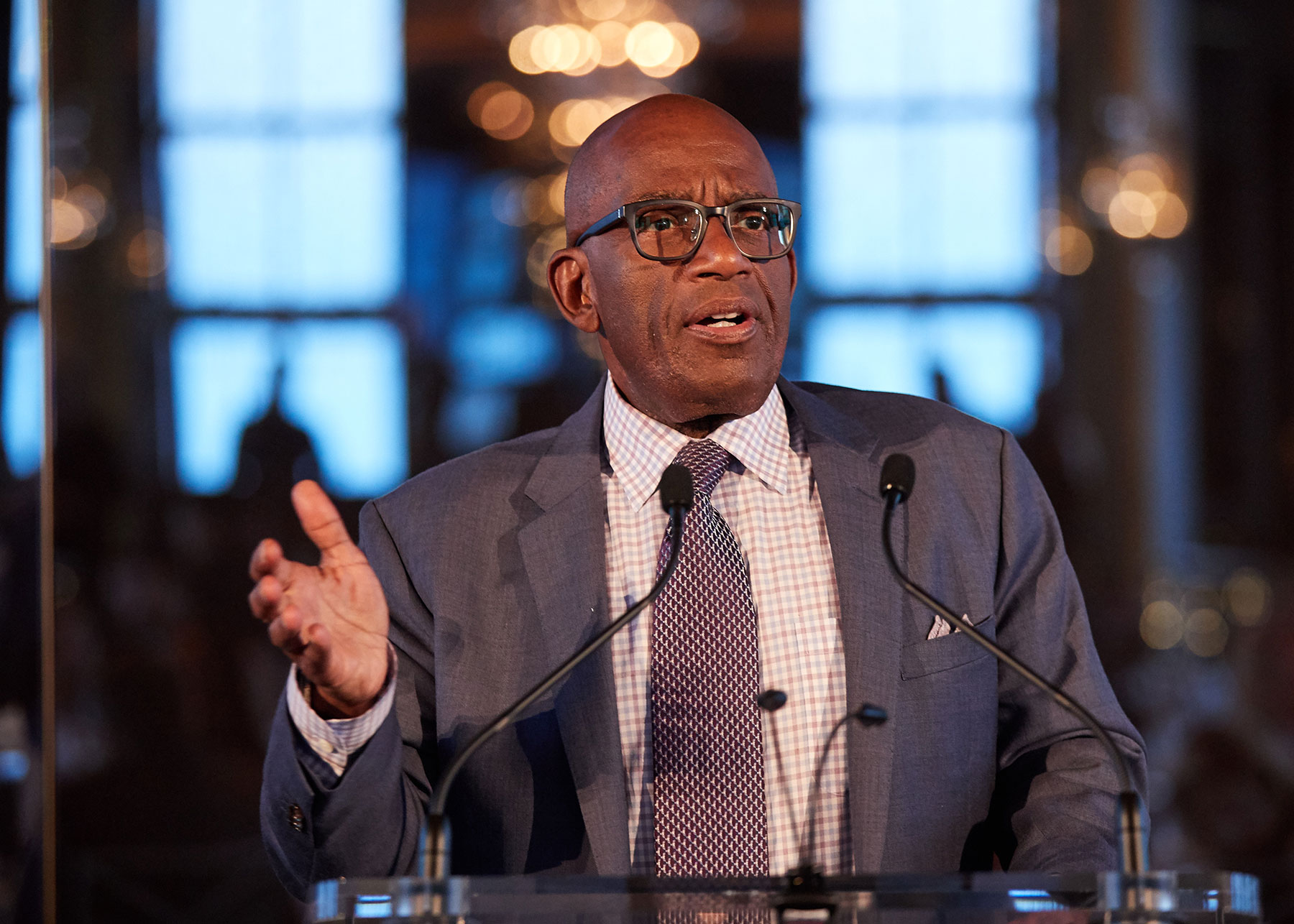 Al Roker speaks at the EOP 50th Anniversary Benefit Gala at the Rainbow Room in NYC.

The evening was emceed by none other than famous SUNY alum Al Roker, he of the Today Show and numerous television projects. Al’s story is one he is not ashamed to talk about on the air. An alum of SUNY Oswego, or Oz as he refers to it, Al Roker has taken his communications degree to the ends of the earth in his work with radio and tv. During his remarks, he referenced the fact that he is a proud alum, and that it is “thanks to my SUNY education – on a breathtaking campus, with world-class faculty, and all the support I needed to succeed – that I am where I am today.”

Along with Al Roker, the event was privileged to have many other notables speak. Chancellor Zimpher; Ambassador Carl Spielvogel of the SUNY Board of Trustees; Board Chairman Carl McCall; Board of Trustees member and IBM Vice President of Corporate Citizenship & Affairs and President of IBM’s Foundation Stanley Litow, and finally, co-host of tv show The View, Sunny Hostin.

Throughout the evening, 3 individuals were honored with awards for their career work as EOP alumni or supporters. Speaker of the The New York State Assembly Carl E. Heastie was awarded the Arthur O. Eve Award for his contributions to the program. SUNY Board of Trustees member Stanley Litow was awarded the Corporate Visionary Award for his work with IBM to transform U.S. education and strengthen America’s economic competitiveness. And finally there was Sunny Hostin of The View. 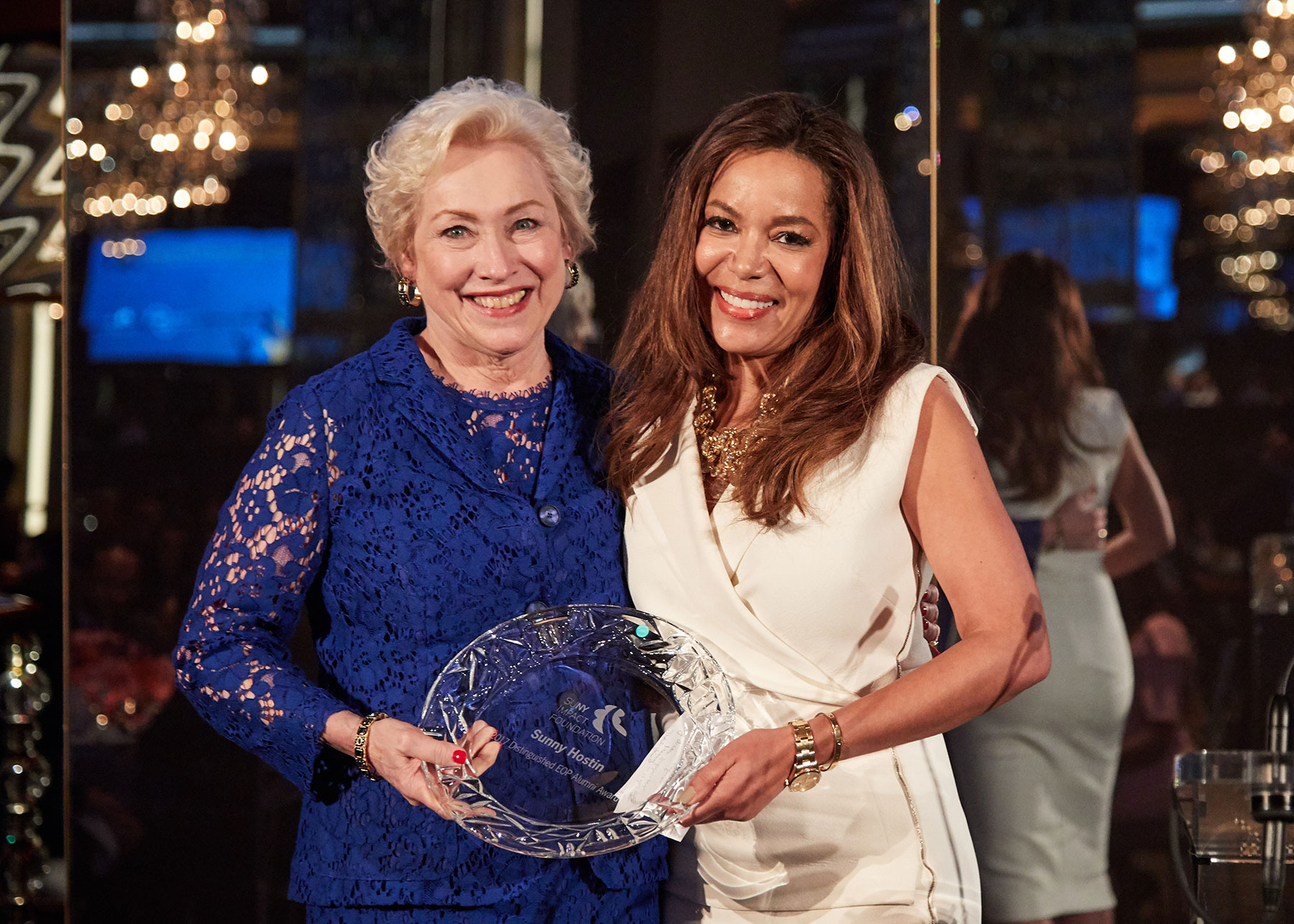 Chancellor Nanzy Zimpher stands with The View co-host Sunny Hostin after she was presented with the Distinguished EOP Alumni award.

Sunny Hostin was brought to the event due to her being a successful SUNY EOP alum. For this 50th Anniversary celebration, the 47 EOP directors across SUNY were asked to nominate 3-5 alumni from their program who had notable accomplishments in their lives. Sunny was one of those nominees, and she was awarded the first-ever Distinguished EOP Alumni Award. Before making her way to CNN, ABC News, and now The View, she attended Binghamton University as an EOP student before going to Notre Dame to earn a law degree. Her story is one that many students like her can look up to.

The next day after her big night, Sunny was proud enough to share the importance of the event and EOP program with her other co-hosts on The View! See her remarks below:

Along with honoring our distinguished EOP alumni and the success of the program throughout SUNY, the success of this event firmly establishes the SUNY Impact Foundation as an asset and a resource for The State University of New York system. The event and efforts to raise money for EOP have allowed us to form relationships and partnerships with many corporations, foundations and philanthropists, some of whom are old SUNY friends but many of whom are new SUNY friends.

With the generous support of our friends and community, great programs that extend access and opportunity to more New Yorkers have more chances to grow. We thank all those involved for making this happen. 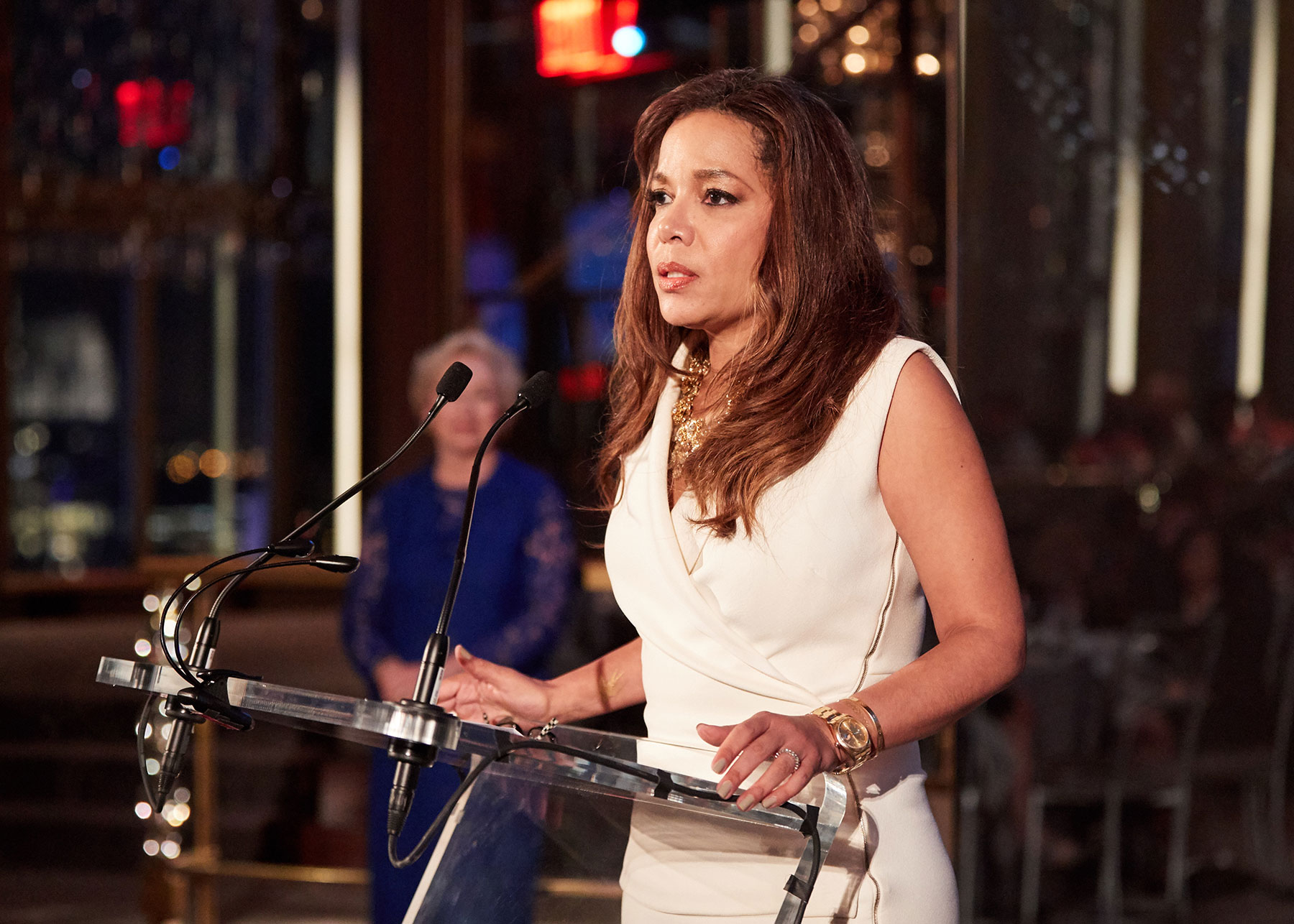 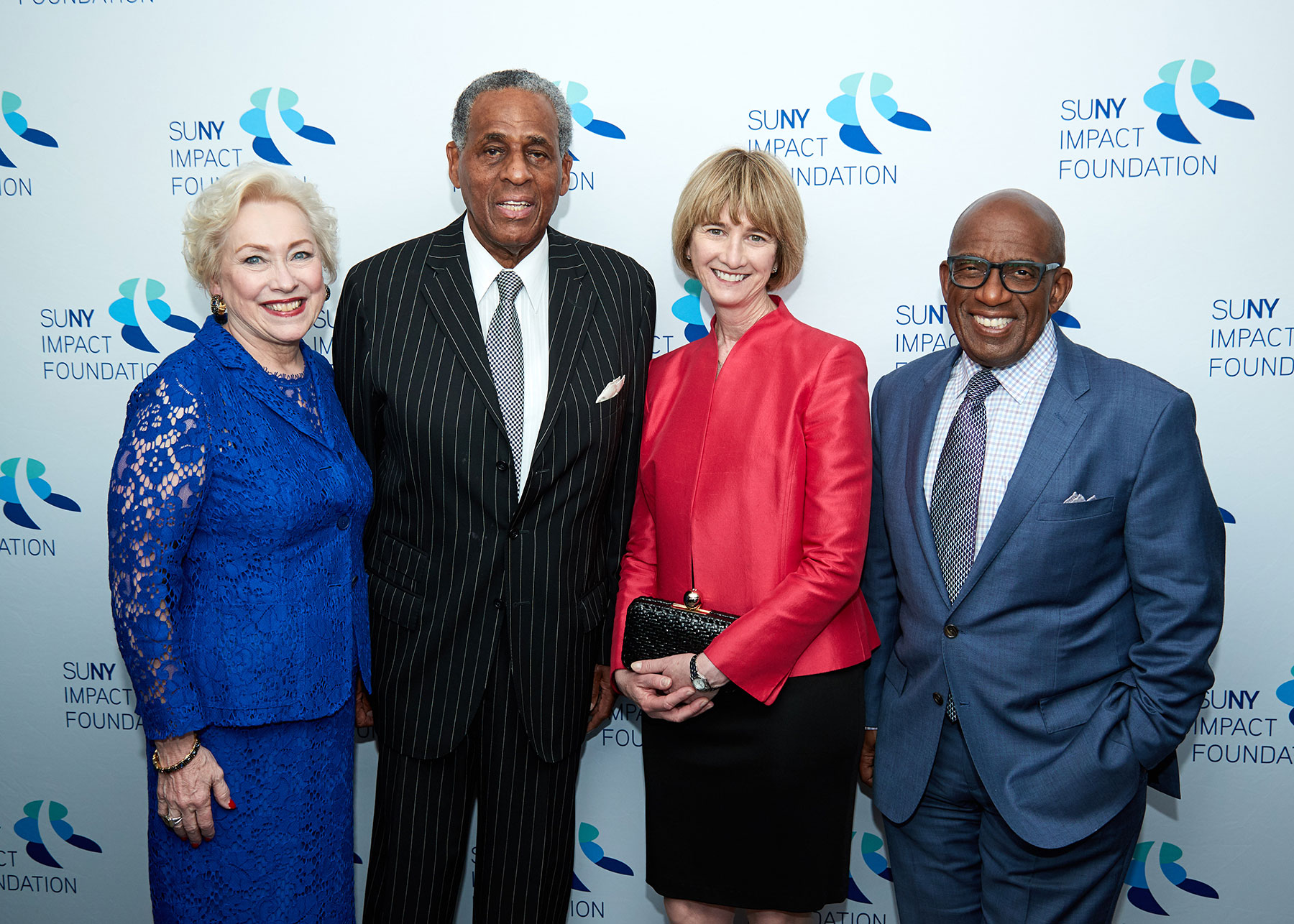 Learn more about the SUNY Impact Foundation and its mission and goals.