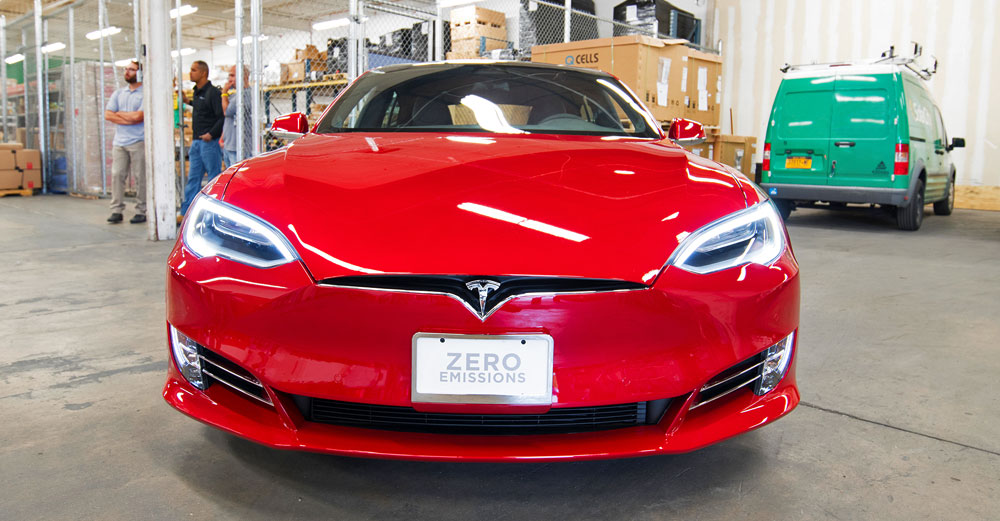 And the program excites the talent at Farmingdale, too. 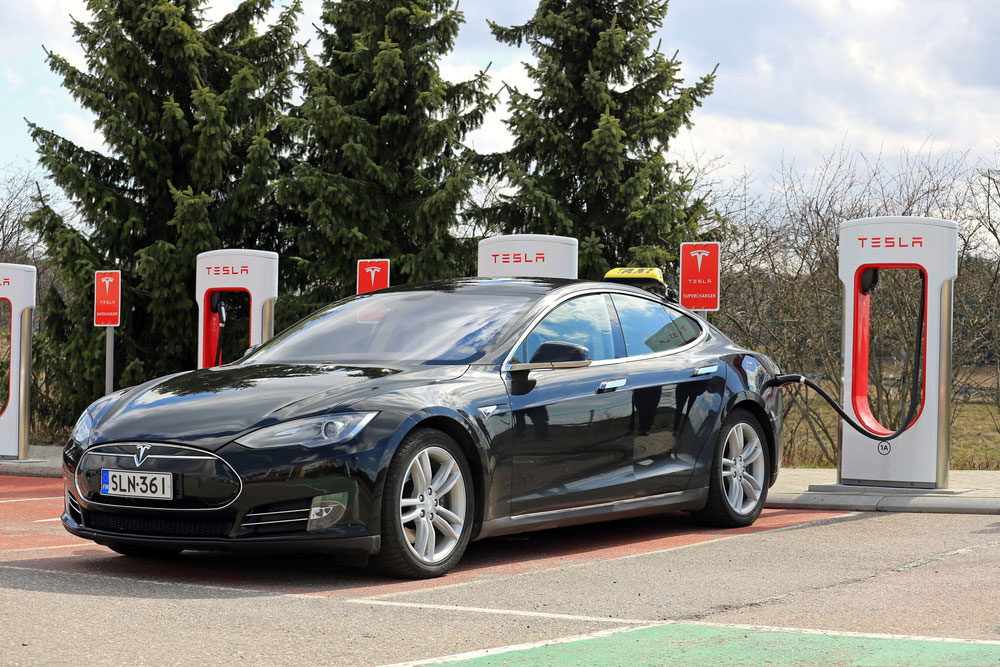 A Tesla Model S electric car sits connected to a charging station in a parking lot.