Football at SUNY is Postseason and Bowl Game Bound 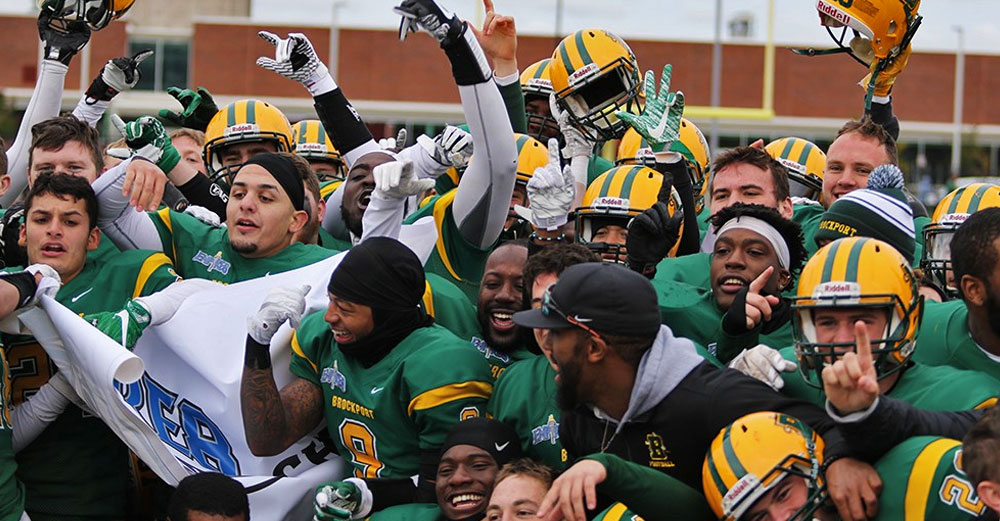 With 64 schools and more than 750 athletic teams at SUNY, some success in athletics is a given. But for anyone who follows the sports, we know that truly measurable accomplishments are hard to come by and therefor worth celebrating when they are reached. With that in mind, we need to take time to recognize some accomplishments in college football by our SUNY schools.

The majority of football participating schools at SUNY compete in Division III football, save for three D-I programs at UAlbany, UBuffalo, and Stony Brook. Key differences between Division I and Division III is the lack of athletic scholarship at the D-III level along with the postseason structure. In Division III, the postseason includes a 32-team single elimination championship tournament along with a series of Bowl Games.

This year, four SUNY schools have reached the postseason in Division III college football, and we’re ready to cheer them all on. Let’s take a look at who they are and how they got there.

For the first time in program history, the Brockport football team finished the season undefeated, posting a record of 10-0. Because of this, the Golden Eagles will be competing in the NCAA Division III Football Championship tournament. In the first round, Brockport will host Plymouth State at home on the Brockport campus. As champions of the Empire 8 conference, Brockport earned victories over their opponents with a strong offense that averaged 37.2 points per game. To pair with that offense, the Golden Eagles also had the 11th best defense in the country, giving up only 235.5 yards per game this season. 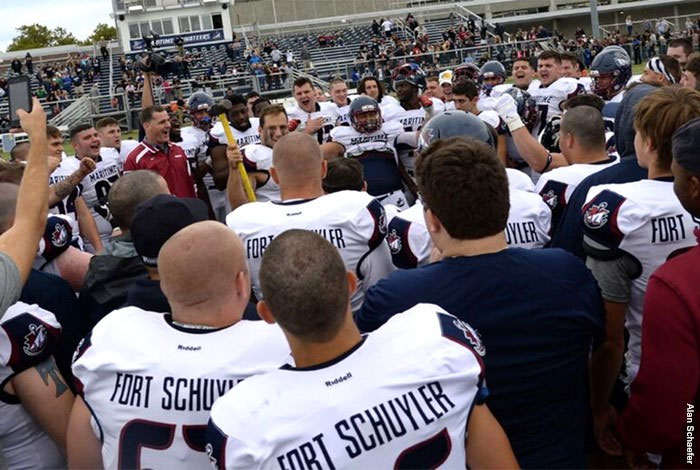 The Privateers have earned their second consecutive invite to a post-season football bowl game. Once again, SUNY Maritime will participate in the New England Bowl series, representing the Eastern Collegiate Football Conference when they meet the Engineers of Worcester Polytechnic Institute. Another successful season saw the team finish with a record of 9-1, with their only loss coming at Husson. Just like Brockport, the SUNY Maritime football team was led by a strong offense that averaged 40.4 points per game while gaining 434.2 yards per game. 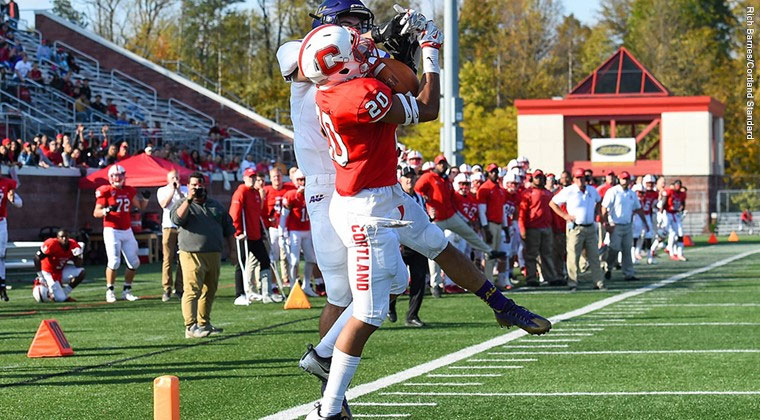 A pass is intercepted in the end zone to give Cortland the overtime win over Alfred University.

The Red Dragons are making their 21st appearance in the post-season when they take on Union College in the first ever New York Bowl. Cortland finished the regular season with an overall record of 6-4 with a key win over Alfred University. That victory served as a tie-breaker to help get the team into the New York Bowl. This will be the third all-time meeting between these two teams, set to break a 1-1 split record between them. 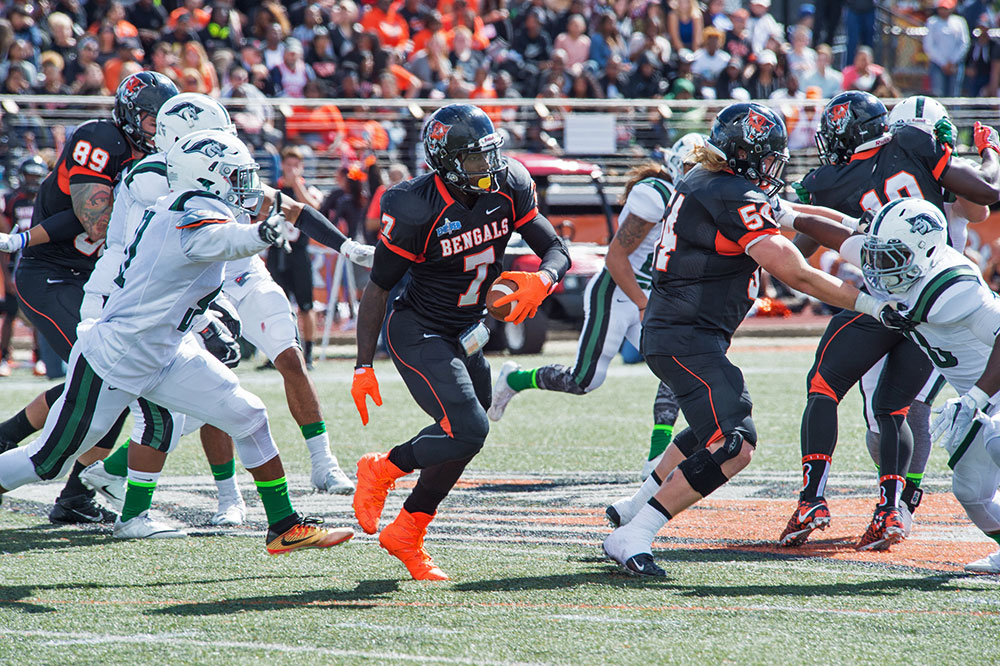 Overall, the 2017 football season saw great success at many levels. The Division I Football Championship Subdivision ends this weekend, and Stony Brook University still has a chance to make the tournament at this level. So between all the D-III postseason games and the D-I AA level coming to a close, we’ll all be paying attention to the gridiron and yelling Go SUNY!