Bringing the Streets Into the Classrooms of Law Enforcement 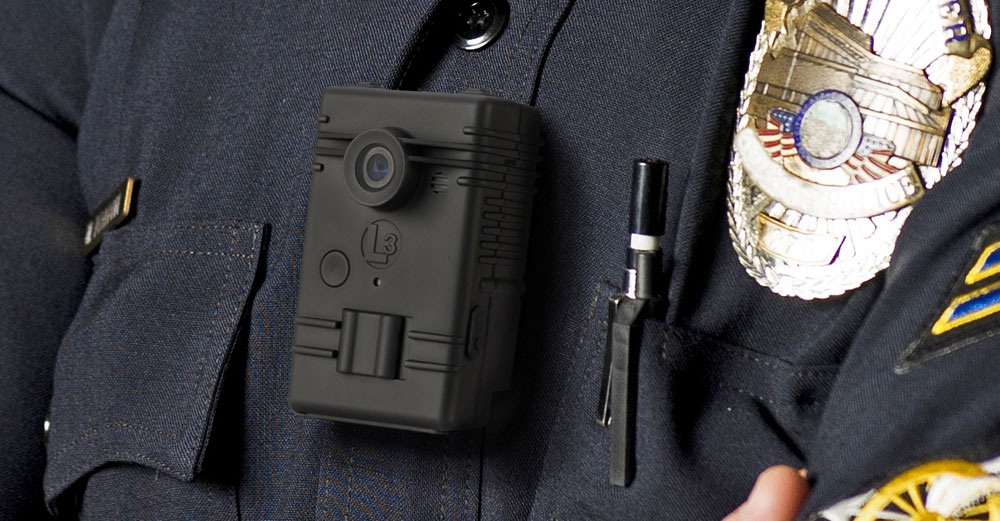 On September 6 of 2017, NYPD officers shot and killed a man who had refused to drop his knife in a confrontation in his apartment. A fatal shooting in such life-threatening situations is not uncommon, but what made the shooting unique in the annals of New York City law enforcement was that it was the first police shooting captured on a body camera.

The 48 minutes of footage of the shooting was publicly released eight days later, and showed that police did everything they could to defuse the situation before it turned bloody. According to Dr. Brian Kelly, assistant professor in the Department of Security Systems and Law Enforcement Technology at Farmingdale State College, on this occasion the body cameras endorsed the officers’ account of the encounter.

“I feel, and I believe the masses agree, that the NYPD acted totally in accordance with their training and experience.”

Dr. Kelly knows more than a little about body cameras and their effect on policing. He is a retired New Jersey law enforcement officer, having worked as transit officer and corrections officer. He was never mandated to wear the equipment in the field, but he is wearing one in the classroom. He is also conducting various studies on the cameras, including one with New Jersey police and police chiefs’ perceptions of the technology.

Bringing body cams into the classroom as an instructional tool was Dr. Kelly’s brainchild, making Farmingdale the first academic institution to use the cameras this way.

“I wanted to think outside the box. I brainstormed, and also discussed the idea with trusted colleagues working in law enforcement. I then formed a list of what falls into the category of Applied Learning content, as well as what I believed our majors would appreciate through instructional engagement.

“What we are doing is ahead of the curve, but it is only the tip of the iceberg.”

For many of Dr. Kelly’s students – a majority of whom plan on law enforcement careers – this bold move to bring the streets into the classroom has been an eye opener.

“Body cameras impacted my view of law enforcement by showing that society is leaning toward the direction where technology is heavily used,” says senior Megan Watson, who is eyeing a career with the NYPD, or becoming a U.S. Marshall. “I was skeptical at first because officers are already responsible for so much, and now they have to turn on a camera every time they interact with someone. But Dr. Kelly said body cameras are about decreasing liability and increasing officer accountability, and my view changed. It made sense, that cameras are about protecting the rights of both parties – officers and civilians – while also showing the community that departments are willing to be transparent to a degree when it comes to police/community interactions.”

“They have given me a better understanding of what officers face out there in the real world and how a situation can go from controlled to stressful in seconds.”

How street activities enter the classroom

As part of Dr. Kelly’s presentation, staged incidents are filmed and then analyzed. The scenarios range from an emotionally disturbed person acting out, to someone becoming belligerent with an officer, or resisting arrest. Students then engage in discussions on what they saw – or thought they saw.

“Students often make great decisions,” Dr. Kelly says. “Then we have times where students say or do things that would not hold up well in court, and we correct those, based on policy that exists in police departments. I also break down the film playback and we timestamp everything that is said and done, and mock testify to it in class.”

One thing that caught students by surprise was that what you see – or think you see – is not always what you get. The cameras – provided by L-3 Mobile-Vision, an industry leader in the technology – sometimes have limitations when it comes to telling the full story.

“I learned about some flaws the body cameras have that can be a real issue if overlooked,” says Maldonado. “For example, the body cameras we used are not able to capture attacks from behind the officer.”

Jyaire Ewa, a senior, also found things that limit seeing the truth, the whole truth, and nothing but the truth.

“The body cameras have impacted my view of law enforcement because they can be seen as helpful the majority of the time, but cannot always show the full story. The camera only shows the body and the outer action but cannot show the inner-body emotion. For example, a suspect tensing up or tightening muscles if being agitated by police.”

Dr. Kelly – who is also a licensed private detective; expert witness; certified fraud examiner, and certified financial crimes investigator – will present his research on police perception at Harvard in May 2018. So far, he has found general acceptance of the technology.

“Not a lot of resistance is being cast, based on research. Most officers have accepted this phenomenon, due to the impact it can positively display during their careers.”

The stakes are high. Hard work on the police-community relationship has been taking place in many parts of the country. The success of cameras to reduce the number of he said/she said incidents might finally bring peace to those who will be satisfied only by what they see. Or don’t see.