Focusing on Perseverance and Winning In a Different Way 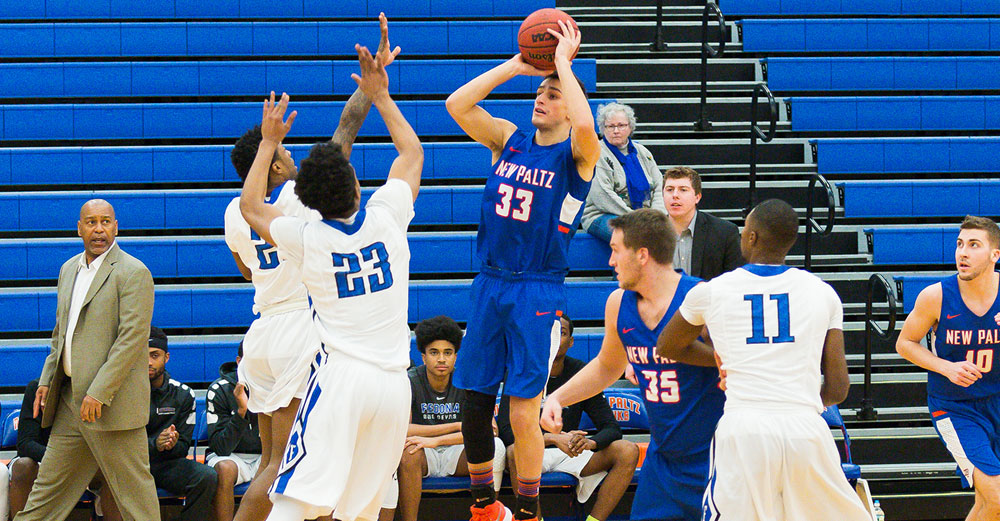 Life changing health issues aren’t usually top of mind for a typical college student athlete. They’re concentrating on balancing academics, training, and competition to be the best at their game. But when a health issue does arise, those most competitive athletes often bring the best stories of accomplishment to us.

Late into sophomore year Nick Paquette, a student athlete for the SUNY New Paltz men’s basketball team, was diagnosed with a rare form of cancer; Chronic Myeloid Leukemia. Since then Paquette, now a junior, has fought his way back to a normal life.

In 2017, Paquette worked hard over the summer to get back into basketball shape, and although he will have to live with the disease for the rest of his life, he found himself ready to get back on the court and prove to everyone he can still play. Midway through the season, we found out that the impact Nick was making went well beyond Division III SUNY New Paltz all the way to one of the big teams in NCAA Division I athletics. Nick has a connection to University of Texas second-year guard Andrew Jones that will impact them both for the rest of their lives.

A connection through cancer

Paquette and Jones were both diagnosed with Leukemia at the young age of 20 in the midst of promising collegiate basketball careers. Paquette was diagnosed with a rare form of blood cancer, Chronic Myeloid Leukemia, on April 29, 2017. Since then, he has had a hematological response, meaning that his white blood cell count has returned to normal and is still being treated for molecular response, but he has made great progress.

Andrew Jones, however, began his journey just a few weeks ago. Jones, an NBA prospect averaging 13.5 points for the Texas Longhorns this year, missed four games with an undisclosed illness, after which the University of Texas released a statement from his family regarding his diagnosis.

Paquette heard about Jones’ case as he was leaving practice one afternoon following a text message he received from his mother, sharing the article. After attempting to contact the University of Texas Athletic Department, Nick’s mother, Roxanne Paquette, got in touch with college basketball writer Jeff Eisenberg at Yahoo Sports in order to send a message of hope to Jones and his family.

Soon after the letter was published, the Paquette’s were contacted by the Jones family. Roxanna said she was nervous at first when Jones’ godfather reached out, because they wanted to send Jones the most respectful letter possible, but the families exchanged nothing but tears and well-wishes since.

“The reaction has been terrific so far,” Nick said. “Everything I’ve been hearing about him is very positive, I’m just trying to share a positive message and everyone I come in contact with is just amazed at how well this is being received.”

“No one on this team fights alone,” Roxanne said. “Leukemia has met its match and we can’t wait to see [Jones] walk back on the court to play!”

Shortly after the story on Yahoo news ran, the Paquettes received another surprising phone call, this time from ESPN. Nick Hetherington, a feature producer at ESPN’s Longhorn Network, reached out to Nick wanting to do a segment on him and Andrew Jones. Nick agreed, and on Jan. 27 a camera crew arrived at the Athletic and Wellness Center at SUNY New Paltz. 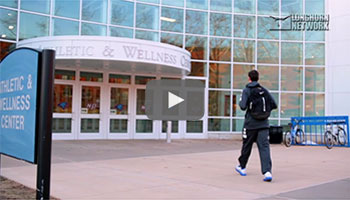 ESPN spent hours with Nick gathering footage, reading his letter and conducting a very emotional interview. You can watch that interview in via ESPN and the Longhorn Network.

In his letter to Jones, Paquette recalled his own struggle, shock and terror at the time of his diagnosis.

“I read that you experienced persistent fatigue and exhaustion in the weeks leading up to your diagnosis. I know all too well what that’s like,” he wrote. “Every day last season, I felt tired and lethargic. I lacked my usual strength and explosiveness during games and I’d come out of the locker room afterward sunken-eyed and ghostly pale. I’m 6-foot-3, and I often didn’t even have the energy to try to drive to the hoop or dunk.”

Although Nick said he was terrified of his diagnosis, he was reassured by doctors that he would make a full long-term recovery and would even be able to return to the court if his body was able. In his letter, he offered Jones similar reassurance.

Also written in his letter, Nick wrote about not having an example to follow. He didn’t know of a fellow basketball player dealing with the same diagnosis. So, he took his recovery day-by-day, little-by-little and was cleared to play by his first game this season Nov. 17. Now, more than halfway through his season, Nick said he felt the best he’s felt in two years.

Looking into the future

His message to Andrew was to continue the fight, push through the tough days and stay positive. Nick said he hopes to see Andrew back on the court starting for the Longhorns next season and a subsequent, successful career in the NBA.

Nick’s time in the spotlight has given him time to put his experiences into perspective and help him cherish the opportunities he has presented to him moving forward. It’s an attitude that he hopes he can share with anyone who hears of his story.

“Don’t let Leukemia stop you from doing something that you love.”

Elements of this post originally published by SUNY New Paltz athletics and the New Paltz Oracle.