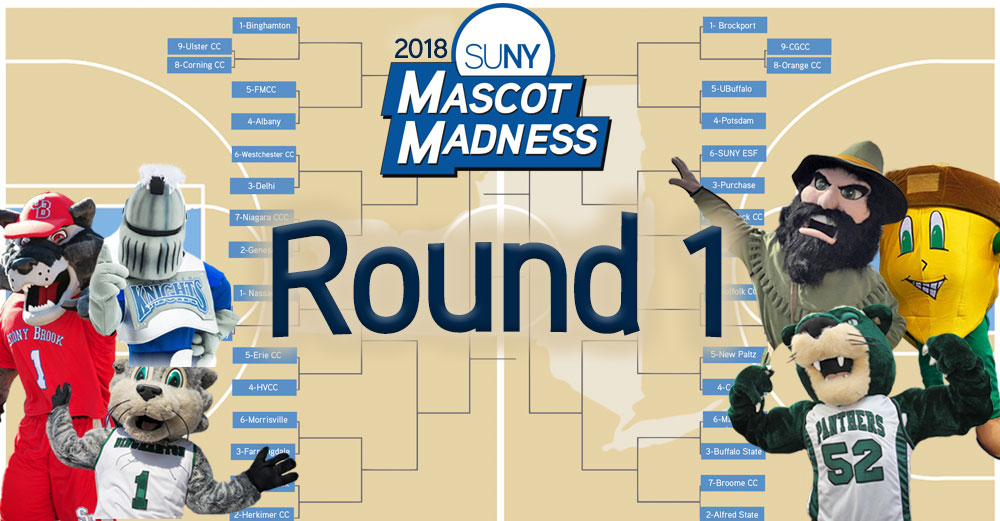 It’s the most wonderful time of the year! The 6th annual Mascot Madness has begun. This year, we have 36 mascots competing to win the highest honor imaginable: who New York’s favorite college mascot is in 2018. We randomly placed the contenders in four brackets, and the rankings were determined by the number of athletic programs associated with their school. Now, we’re calling on you to show your SUNY spirit and submit a vote for your favorite mascot to help determine who makes it to the next round. 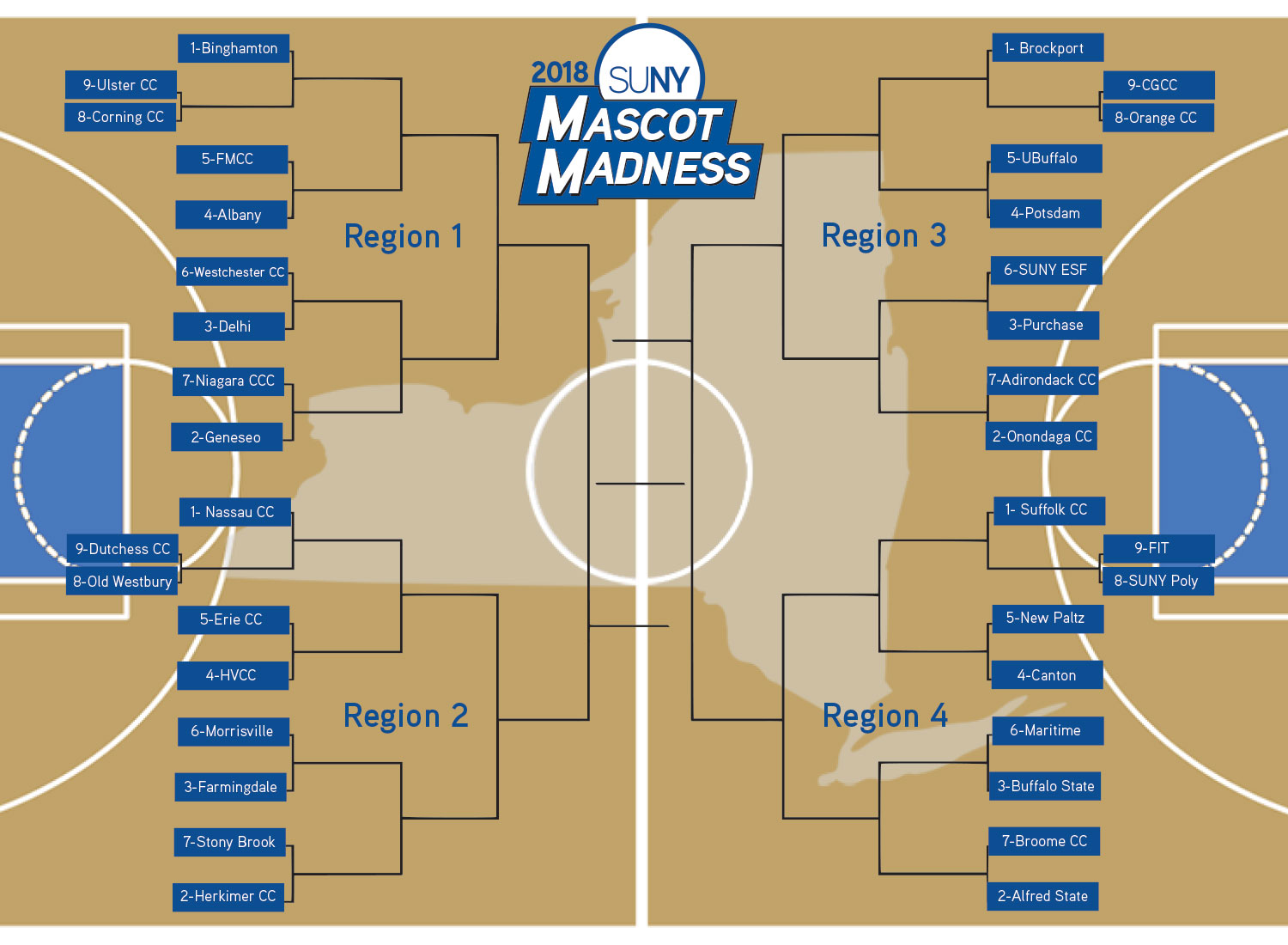 Our mascots work so hard cheering on all of our SUNY student-athletes and pumping up the crowds all year long. With this competition, we have the opportunity to cheer them on and recognize them for all the hard work they put in to raise our campuses and students across New York State and beyond. So show them some love, and let the games begin!

Julie is the assistant director for student mental health and wellness for SUNY System Administration.