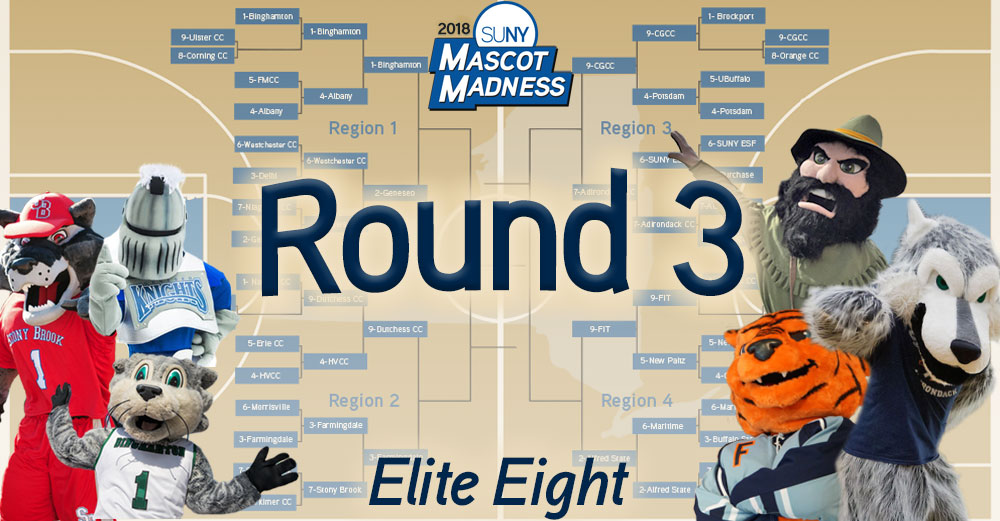 Round 2 of Mascot Madness has wrapped up, which means we’re starting to get down to the wire and closer to our final face-off! The competition in Round 2 was fierce, and all of our mascots left their hearts on the court. We had some games separated by less than 1% of the total vote between two teams. Our defending champion has been eliminated in an upset for the ages. And in Region 1, we now have two previous champions battling it out for a trip to the Final Four. In total, SUNY fans stood behind their favorite mascot and cheered them on from the sidelines, no matter how stiff the competition was. 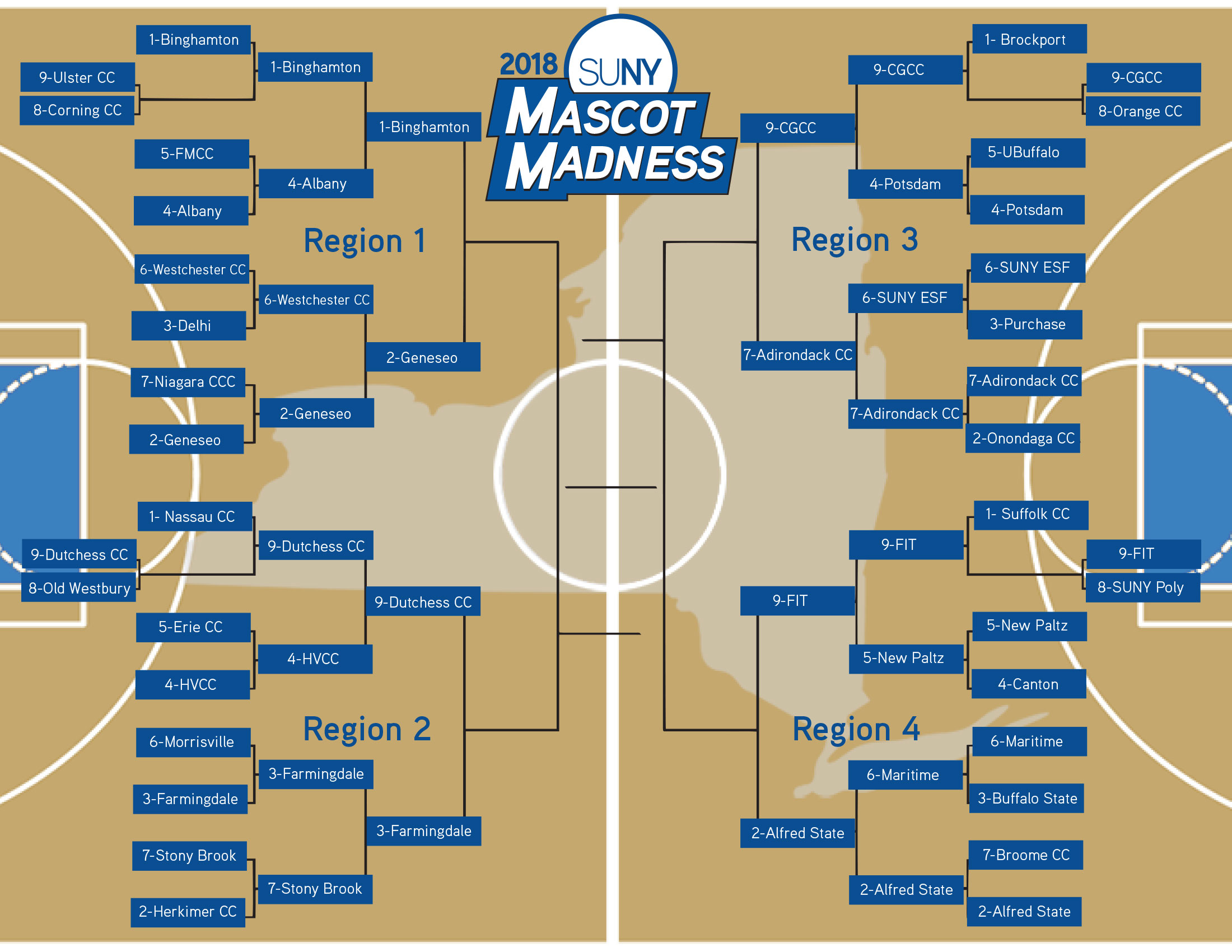 Now, it’s time for Round 3 (the Elite Eight), and making it to the Final Four is surely on all of our contenders’ minds. They’ll have to dig deep for this round to advance to the next round, and they can’t do it without your help! Once again, it’s time for you to get to the voting “booths” and place a vote for your #1 mascot.