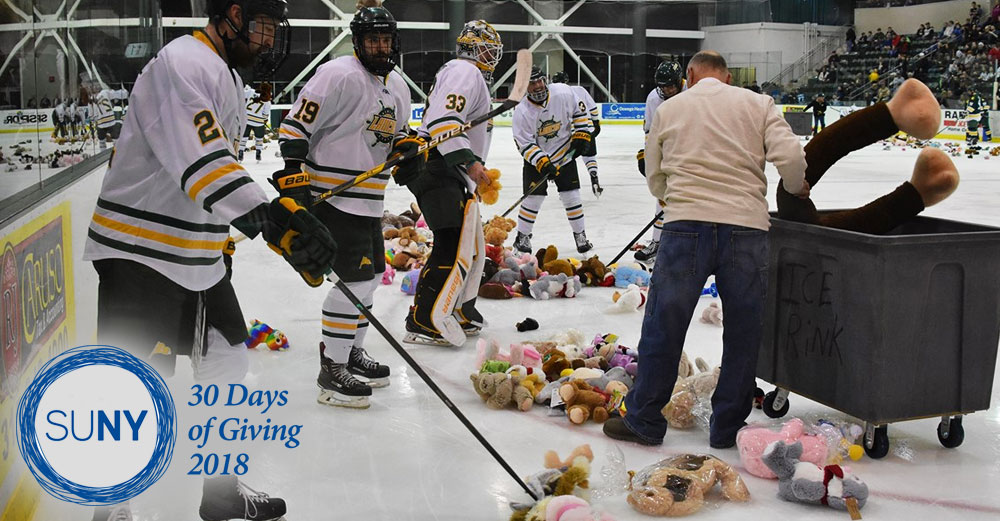 Good deeds are among the goals for the men’s and women’s hockey teams from SUNY Oswego this year, as two home games included a Teddy Bear Toss benefiting Toys for Tots and, a food and toy drive supporting the local SEFA/United Way campaign.

The Laker men’s hockey game with Brockport at Marano Campus Center arena included their third annual Teddy Bear Toss. Where fans are encouraged to bring teddy bears and/or stuffed animals to toss on the ice after the Lakers score their first goal. Last year, they netted 736 stuffed animals for local families. This year? More than 800 bears were collected, along with $800 raised.

At the women’s hockey game against Plattsburgh and later in the evening men’s game, both teams collected canned goods and toys prior to lacing up to play. These donations were part of an annual campaign by both teams to help the State Employees Federated Appeal and the United Way of Oswego County brighten the holidays for local families in need.