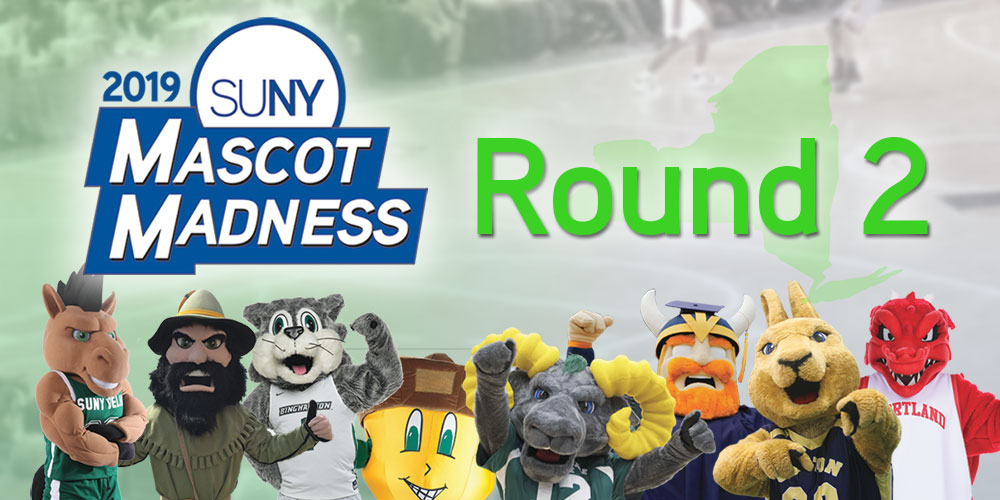 It’s Spring, it’s a new week and that can only mean one thing; we enter a new round of SUNY’s annual Mascot Madness tournament. Round 1 drew the curtain at 3:00pm on Friday and the nerve-racking results became official. We witnessed a thrilling round of swings, upsets and blowouts with more than 20,000 SUNY fans showing up to vote for their favorite Mascot. One notable result included SUNY’s defending champion, Victor E. Knight from SUNY Geneseo being narrowly beaten by Tripp from Niagara County Community College, in a tense finish. The fans came out to vote.

Each of the mascots brought their A-game to Round 1 and their call for support was heard across every social media platform. Many of the underdogs came out on top and have advanced to round 2 of the tournament, making that Sweet 16 bracket. If you were unable to or forgot to cast a vote in Round 1, you can still participate and show your love for the remaining contenders. To help you make your decision and to cast the right vote, be sure to check out the profiles of each SUNY Mascot: