From Student Government to New York State Government, This Alum Has Prepared Himself Well For Success in Public Service 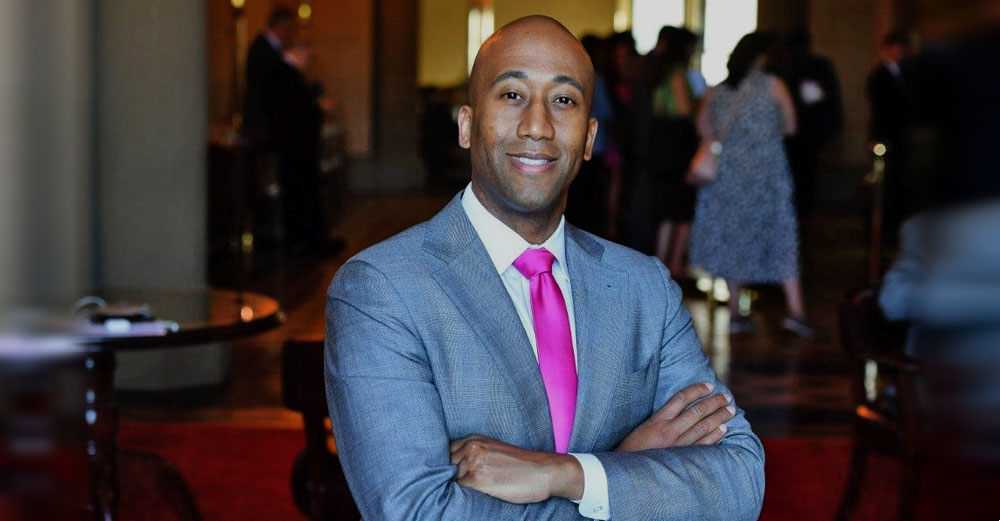 It is not uncommon for students to discover new passions through the wide range of student leadership opportunities available in the SUNY system. As a system founded in shared governance, the student government organizations on all 64 campuses provide student leaders invaluable experience managing resources through oversight of student activity fee revenues, recruitment and leadership of teams, and development of programming for campus events. Many students who become involved in student government discover a passion for advocacy and pursue careers in government and politics as alumni. One such alumnus is Assemblymember Clyde Vanel of New York’s 33rd Assembly District.

Clyde was born and raised in Queens, NY, where he now represents the neighborhoods of Cambria Heights, St. Albans, Hollis, Queens Village, Bellerose and parts of Floral Park.

Clyde earned an Associate of Applied Science in Aerospace Technology and then a Bachelor of Science in Aviation Administration, both from Farmingdale State College. Here, he served as a Resident Assistant and Farmingdale Student Government President. Serving in this role gave Clyde experience working with attorneys and lawyers for the first time, exposing him to law and advocacy, and sparking a passion that led him to pursue law school upon graduation. “SUNY’s biggest job is to prepare people for the future…” Clyde commented, “I was the first one to be the student body president twice at that college and now I am a politician. [Farmingdale] prepared me for that.”

Since graduation, Clyde has held a diverse variety of positions in business, aviation, and politics. Beyond the Assembly, some of Clyde’s titles include private pilot, founder of the New York Metro chapter of the Black Pilots of America, former Chief of Staff for NYS Senator James Sanders Jr., former owner of restaurant and bar Vanel’s on First, founder of a company that sells Clean Bee shirt collar protectors, and owner of a trademark service website.

As Assemblymember, Clyde serves on a variety of committees, most notably as Chair of the Subcommittee on Internet and New Technology. Clyde has been the prime sponsor on bills establishing task forces to study cryptocurrency, quantum computing, and New York state cybersecurity. Clyde has championed initiatives to protect privacy and security online, impacting the work of students throughout the state and aligning with SUNY’s forward vision to expand access to education by providing online degree tracks (specifically available in network and cybersecurity). Clyde is in large support of Chancellor Johnson’s efforts to innovate technology through research initiatives system-wide, saying “it’s great that [Chancellor Johnson] is where she is because SUNY is an institution that can help drive, not only the research in this space, but the policy in this space, and that’s very important.”

SUNY alumni like Clyde have sparked chain reactions of leadership and community involvement that paved the way for student leaders of generations to come. Fast-forward to 2019, student leadership is still thriving at Farmingdale State College. The 2019-20 Student Government President Jahad Hoyte is studying Aviation Administration just like Clyde did. As time progressed, Jahad’s involvement in the community and the campus have strengthened his interest in social justice issues. As such, Jahad has shifted his academic focus to Political Science and actively seeks opportunities to learn more about the social issues in today’s society.

A leader in all sectors of his life, Clyde spoke fondly of his time at SUNY. “I learned a lot in the classroom and I learned a whole lot outside the classroom.” All that has prepared him for a successful career in public service.