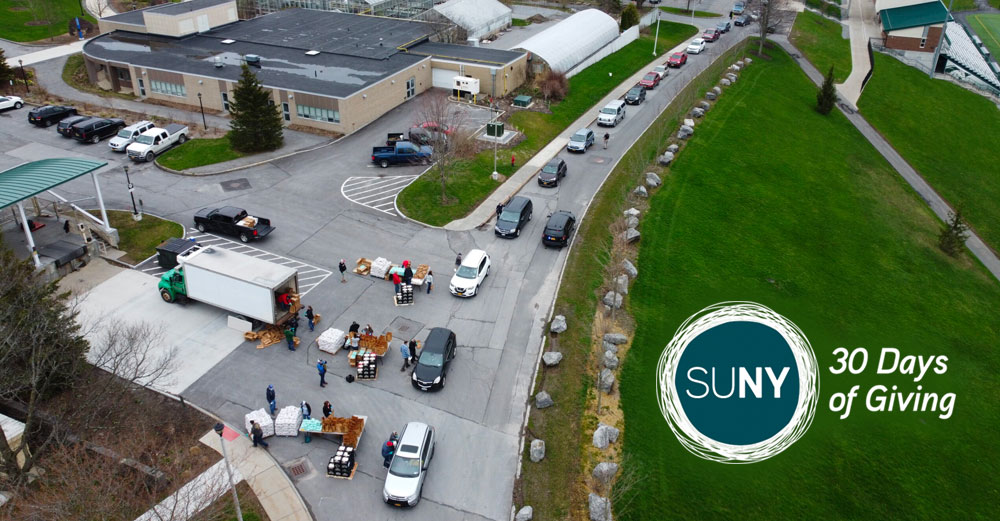 Five successful dairy drive-thru events, led by SUNY Morrisville and a team of enthusiastic volunteers, served thousands of people at a critical time during the COVID-19 pandemic.

Truckloads of yogurt, thousands of pounds of cheese, and hundreds of gallons of milk topped the list of free dairy products, which were distributed to the Morrisville and surrounding communities during the drive-thrus.

“We wanted to do something to help those in the community during these difficult times,” said Ashley Marshall, SUNY Morrisville assistant professor of dairy science, who spearheaded the effort along with Morrisville-Eaton Central School and the Morrisville Auxiliary Corporation, including Nelson Farms. “Not only did this help those in need in our community, but it also helped the struggling dairy industry since the demand on dairy products dropped dramatically due to the COVID-19 pandemic.” 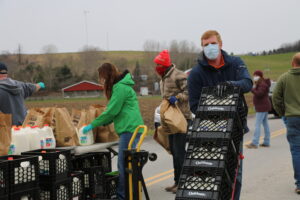 An overwhelming response forced a new, expanded location from the college’s first drive-thru held at its dairy facility, on Eaton Street, to campus.

Despite inclement weather, nothing stopped the drive-thru events, which were held during April and May and served more than 2,600 vehicles.

Patrons, who remained in their cars, received one pre-packaged bag of dairy items and milk. Proper physical distancing, safety and public health hygiene practices were adhered to throughout the event, which attracted media from nearly every local media venue and beyond.