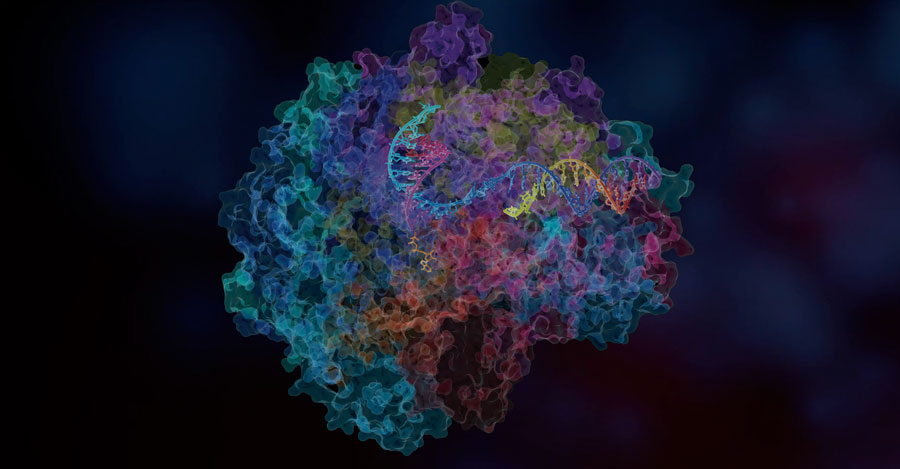 When it comes to treating diseases, DNA usually gets a lot of the attention as the source of genetic generic propecia 5mg information. Proteins, the molecules that carry out many of the functions in our bodies and the product of DNA’s coding processes, get considerable notice too. But what about RNA, the molecule that translates genetic information from DNA into proteins? Can RNA help us fight off diseases?

“RNA holds great promise for designing drugs that treat numerous diseases, such as breast cancer, Alzheimer’s disease, and HIV, but it is largely ignored as a target for therapeutics,” said Paul Agris, professor of biological sciences and chemistry and director of The RNA Institute at the University at Albany. “During the last 20 years, there has been some interest, but nobody has really understood how to deliver RNA as a therapeutic.”

As a result, Agris noted, RNA researchers have had very buying cialis no prescription few technologies and materials available for their use. “The community itself is dependent on what already exists out there, and what exists is made for proteins and DNA, not for RNA,” he said.

That’s why, after joining UAlbany in 2009 with plans to create the institute, Agris worked diligently to build out the physical infrastructure next day pharmacy of the institute which officially opened in spring 2013. Its mission? To create instruments, methods, and materials to further RNA research, including basic research as well as drug discovery and diagnostics activities that target RNA. “Instead of treating the end product, which is the protein, we’re going upstream and treating the problem, the RNA,” said Agris.

Currently, the institute is home to three staff scientists, three postdoctoral fellows, three administrative staff members, and about 30 faculty members, two of whom have their home base within the institute. The institute also trains numerous undergraduate and graduate students and maintains collaborations with about 60 faculty members nationwide.

In the few short years since its physical infrastructure, instruments, and staff were established, the RNA Institute has submitted 15 patent applications for new technologies. One of them is for an instrument called a centrifuge force microscope, which allows scientists to simultaneously examine up to 5,000 individual RNA molecules as they interact alone or with putative therapeutics, proteins, DNAs, or other RNAs. The instrument replaces an available, complementary instrument, called an optical tweezer, which only allows scientists to look at one molecule at a time, literally.

“If you have 5,000 undergraduate students look through 5,000 microscopes you can perform the same experiment that just one person can perform in 10 minutes on our centrifuge force microscope,” said Agris.

Another of the institute’s innovations can detect and isolate a specific microRNA of interest out of the more than 1,000 different kinds of microRNAs in the human genome that are present simultaneously. MicroRNAs are small non-coding RNAs that control gene expression (increase or decrease production of proteins) and are implicated in chronic lymphocytic leukemia and other B-cell malignancies.

“MicroRNAs can occur in minute amounts, such as 6-to-10 molecules per cell, and still have an enormous impact on which proteins we produce, in what amounts and when,” said Agris. “Yet it is extremely difficult to study them in such tiny amounts,” he added, “therefore the institute applied creativity to a common tool called electrophoresis [which separates charged molecules, like RNA, according to size] to create a new technique called a ‘DNA Nanoswitch.'” The DNA Nanoswitch uses DNA to “fish” for microRNA. In other words, it uses DNA with strands that have dangling ends that bind with the RNA that the researcher wants to capture. Electrophoresis then separates the unbound DNA from the RNA-bound DNA. Other techniques for separating out specific microRNAs are not as specific or sensitive; they are unable to differentiate one microRNA occurring in an extremely small amount from the many other microRNAs in the cell.

Bijan Dey, research faculty at the institute, is using the DNA Nanoswitch to study muscular dystrophy. He developed a unique cell culture system that mimics the disease. Using the DNA Nanoswitch, he identified the specific RNAs in patients with muscular dystrophy that are involved in cell death and muscle atrophy. “He needed an assay that could give him a quantitation of this single RNA in the presence of hundreds of thousands of other RNAs,” said Agris. “We think we’ve got a pretty good method for doing that now.”

Agris said that the institute currently is looking for a company that will make and commercialize both the centrifuge force microscope and the DNA Nanoswitch.

While Dey is benefitting from the technologies created in the RNA Institute, students too, profit. Ville Väre, Ph.D. student in Agris’s lab, is examining the development of novel antibiotics against Gram-positive bacteria, which include Staphylococcus aureus (MRSA) and Clostridium difficile, the cause of colitis.

In particular, Väre is using small-molecule inhibitors, called T-box riboswitches, to block RNA function in these bacteria. “It’s a totally new class of antibiotic that targets a unique RNA and gets around bacterial drug resistance,” Agris noted.

Väre added that his work would not be possible without The RNA Institute. “The institute benefits me in numerous ways; the most obvious ones are the expertise, training and instrumentation I have had access to,” he said. “Then there are benefits, such as the additional seminars and discussions that have helped my personal learning. The RNA Institute also provides travel awards that help students and postdocs attend meetings and conferences. I was recently in San Diego at the American Society for Biochemistry and Molecular Biologyannual meeting, and my attendance was largely possible thanks to The RNA Institute travel award.”

Agris agrees that undergraduate and graduate students benefit from their work in the institute, which was designed with substantial amounts of interior glass to translate light through the building; to offer a collaborative, open feel; and even to provide surfaces for writing during impromptu meetings. “The building facilitates creative thinking in the technology world in an environment that is motivating, informative, and interactive,” said Agris. “It really is different from any other place.” 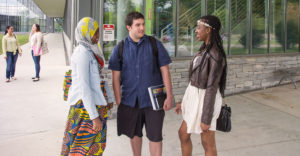 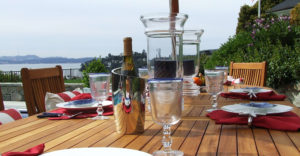