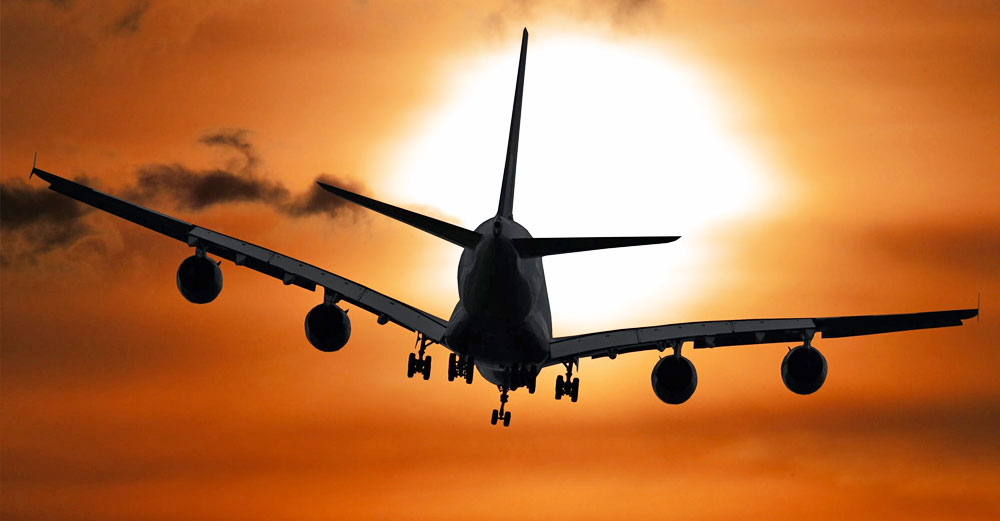 Dr. Junaid Zubairi of SUNY Fredonia had been searching for a way to use his computer science expertise to enhance airline safety, but he needed to find an unsolved problem. So he studied recent airline disasters.

On June 1, 2009, Air France Flight 447, en route from Rio de Janeiro to Paris, plummeted into the Atlantic Ocean, killing all aboard. The Brazilian Navy recovered the wreckage within five days, but the search for the aircraft’s black boxes on the ocean floor went on for a grueling two years and cost $40 million.

After some pondering, Zubairi came up with an idea: what if the black box could be replaced by a virtual system–one that could not only eliminate the need for expensive searches, but could also help to prevent air disasters like this?

This process was the inspiration for his Flight Data Tracker, a software system that enables the transmission of real-time flight data from a server on the plane to a series of servers levitra ricetta odontoiatra at airports on the ground. In the event of a crash, flight data is immediately available to investigators, obviating the need for costly searches, as well as the need for a physical black box. Dr. Zubairi received a patent—the first for a high-tech invention at Fredonia—for the Tracker on August 1, 2017.

Critical parameters from airspeed to altitude to heading can be cialis from mexico transmitted to ground-level servers. This can help prevent a disaster, since the onboard server helps enhance existing detection systems in noting any mishaps, like a mechanical issue, or a missed flight path, and can help correct problems before a crash occurs.

In the development of the idea, there were a number of obstacles to be overcome.

Airlines are very secretive about the black box technology, and pilots very insistent about the privacy of cockpit conversations. Since it employs the standard airline infrastructure and the communications frequency already in use, the Flight Data Tracker doesn’t require expensive upgrades. Cockpit dialog can be deleted at the end of the flight, since it’s only needed in the event of a crash. “Everything is interconnected. We are never out of touch. The planes have a very good, solid connection already. So why don’t we use that, and transfer the data to the ground in real time?” Zubairi says.

Communication of all the necessary data requires a sizable amount of bandwidth. Zubairi developed his idea so that it works within the existing airline infrastructure, using the basic, inexpensive UHF radio frequency already in use. To keep the bandwidth to a minimum, the use of distinct data packets that can be “swapped out” once the plane reaches a steady parameter–for instance, a constant altitude–where it’s no longer necessary to constantly check it, are employed. Only the pertinent data of the moment needs to be monitored.

In instances where planes have to cross extensive deserts or oceans, satellite communications must be employed, which can be prohibitively expensive. There’s no need for the use of satellites within the contiguous forty-eight states, which is where Zubairi proposes the system be developed first, utilizing a string of ground servers at a handful of major airports as proving grounds. In the event satellites need to be employed, the data can be run in cycles, lowering cost.

To prevent data loss, the system is designed to be fault-tolerant, meaning if the connection with the server at one airport is lost, the plane server immediately connects with the next server. The data is stored on the ground, and transmitted back to the host airport at the end of the flight.

A major concern for domestic airlines is the sharing of sensitive flight information with airports in foreign countries. End-to-end data encryption prevents any unnecessary disclosures.

Zubairi believes that once the aviation industry realizes the logic, cost-effectiveness and security of the Flight Data Tracker, it will be quickly adopted, paving the way for the phase out of physical black boxes within two years.

During the development process, Zubairi was assisted by four of his Fredonia undergraduate students: Ahenk Er, who examined the feasibility of replacing the black box in a study project; Zhoujun Fu and Sean Wignall, who focused on flight data tracker state machine diagrams and fault tolerance in programming; and Iago De Silva, who investigated integration and routing of the Flight Data Tracker. The Tracker was designed first with flowcharts and state diagrams, then Zubairi built prototype software that simulated the operation of the system.

Dr. Joseph Karafa, dean of the College of Liberal Arts and Sciences, cites Zubairi’s invention as clear evidence of the atmosphere of collaboration and innovation at Fredonia. “It highlights one of the things we at Fredonia do so well and so often: We engage students in meaningful hands-on experiences. In fact, we pride ourselves on creating a community of scholars where members of the faculty remain professionally engaged and undergraduate students play significant roles in research and creative endeavors.”

With the help of the SUNY Fredonia Technology Incubator, Zubairi is creating a lab at which to test and debug the servers and software.

Zubairi has been fascinated with communications from a young age. While at secondary school in Pakistan, he built his own transmitter for his personal radio station and brainstormed one of the original speakerphones. He obtained his bachelor’s degree in Electrical Engineering from NED University in Pakistan and his master’s and doctorate in Computer Engineering from Syracuse University.

The Research Foundation for SUNY (RF) provided critical assistance in gaining the patent. Zubairi originally tried to write the patent application himself, but it was rejected because the legal language made the initial claims sound too broad and made the Flight Data Tracker seem too similar to other products.

“Junaid did a lot of research,” says Steven Wood, assistant director for innovation services at the RF. “He read a bunch of patent applications and tried to educate himself as best he could on how to write a patent application. But it is a really technical, specialized exercise.”

Once the invention was reassigned to the RF, Wood rewrote the legal language and streamlined the application so that it focused on the must-have features that made it unique. There was another rejection, but after conducting an interview with the patent examiner, they were finally able to obtain allowance of the application through a pilot program offered by the U.S. Patent & Trademark Office and it was approved for issuance, to the jubilation of Dr. Zubairi and Fredonia.

While this prototyping phase is going on at the Fredonia lab, the RF will help in promoting the idea to aviation companies and aircraft manufacturers such as Boeing and Airbus, and regulators like the Federal Aviation Agency.

The Flight Data Tracker wasn’t developed in a vacuum. It’s a prime example of the atmosphere of creativity and innovation throughout the SUNY system. Prominent scientists are recruited as faculty, who in turn attract talented students as well as essential government and corporate funding. Students collaborate in state-of-the-art research facilities, getting crucial hands-on experience with problem-solving, concept development, and other vital skills, so that they can better address the needs of society.

Though he will have his hands full with developing the Flight Data Tracker for the near future, Zubairi’s next idea is to develop a system for the transmission of real-time patient data from first responders and EMTs in disaster areas to doctors who can provide critical diagnoses. He has a working prototype that identifies the closest hospitals to the disaster site and assigns on-site patients to suitable hospitals before they are moved in ambulances. A system like this would have immediate application in recently hurricane-battered areas such as Puerto Rico and Florida.

Zubairi’s attitude to his work, his transformative ideas, his sympathy for human needs, are a prime example of what makes the SUNY system the ideal community for innovation.

2 thoughts on “Can We Replace The Black Box With A Virtual System? SUNY Research Says Yes” 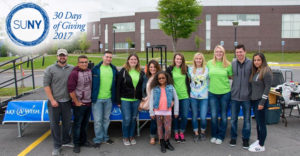 Previous post 30 Days of Giving 2017 – Day 13: SUNY Poly Gives Back Throughout the Region 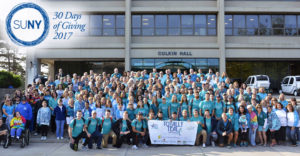