As an embodiment of Governor Andrew Cuomo’s strategic vision creating unprecedented educational and entrepreneurial opportunities within New York State’s high-tech business ecosystem, SUNY, in conjunction with the SUNY College of Nanoscale Science and Engineering, University at Albany, and Syracuse University, will host the fifth annual New York Business Plan when will viagra be generic? Competition at CNSE on Friday, April 25, 2014.

The New York Business Plan Competition will feature top entrepreneurs from across New York State to compete for more than $500,000 in cash and in-kind services. This year’s competition is the largest yet as it continues to grow, drawing interest from hundreds of student-led startups who are pitching their ventures at colleges and universities in ten regional competitions throughout New York State this spring.

The New York Business Plan Competition is the only leading collegiate business competition that is a regionally coordinated, collaborative statewide program representing over 55 colleges and universities, which sets it apart from all other competitions in the nation that may be less inclusive.

Since 2010, over 570 student teams from almost 60 of New York’s colleges and universities have pitched their ideas and ventures at the NYBPC. The winners are selected each year by esteemed judges, including venture capitalists, angel investors, investment bankers, other sophisticated public and private investors, and seasoned entrepreneurs. At the end of the 2013 competition, more than $800,000 in cash and in-kind prizes have been awarded to student entrepreneurs in New York. For more information, jump to the official website for the 2014 New York Business Plan Competition.

On Friday, April 25, 2014, 560 students on 92 teams representing 36 colleges and cialis 40mg universities from across New York State competed for networking and investment prizes in Albany, NY. Among the winners that were selected include Glauconix, the grand prize winner of $100,000 cash and in-kind services. Glauconix is a startup consisting of SUNY College of Nanoscale Science and Engineering students Feryan Ahmed, Colby Creedon, Rajan Kumar, and Karen levitra in canada Torrejon. They are developing technology to create realistic eye tissue that may be used for drug screening, which could help prevent and treat glaucoma. 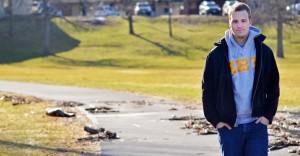 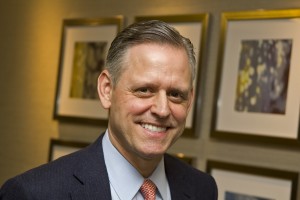 Big Ideas
December 21, 2022December 21, 2022
Today is National Crossword Day, so we thought what better way to celebrate than by making a custom puzzle with...
Shay Gauthier
July 5, 2022October 26, 2022
Energy, sustainability, technology, and so much more. We so frequently see advancements in these fields that have major impacts on...
Jamie Frankenfield
March 11, 2022October 26, 2022
The State University of New York, SUNY, is the largest comprehensive system of higher education in the country, but what...
Big Ideas
January 19, 2022January 21, 2022
New York Attorney General Leticia James joined 39 other states in securing a $1.85 billion settlement from student loan provider...
Julie Maio
April 21, 2021April 22, 2021
Inspired by a student movement in 1969, government officials recruited Denis Hayes, an activist, to kick off the first Earth...
Julie Maio
April 7, 2021
Hosting events during the pandemic has spurred creative technological solutions to ensuring the safety of attendees. For many organizations, they...