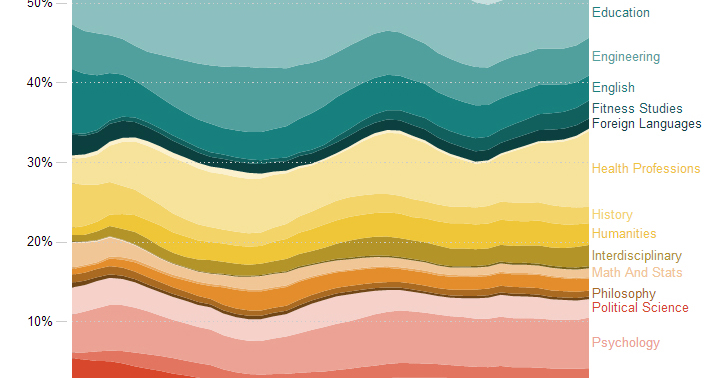 Millions of college-bound students ask the same question over and over again: “What’s the most popular major?”

According to the National Center for Education Statistics, which has been collecting data of college majors in the United States data for the levitra online billig past few decades, the answer may actually surprise you. We’ve broken down the gist below and it’s all summed up by a handy graphic that NPR’s Planet Money put together.

The answer today is probably the same as it was in 1970 (similar to enrollment: 51.3 million in 1970, compared to 55.0 million in 2011). Business, Art and Performance, and Education are some of the most popular categories of majors that college students pursue in the United States and have been for the past 40 years.

But despite the relatively constant field, there is notable change of the share of students majoring in a few disciplines:

What’s surprising is that the share of students pursuing Mathematics, Chemistry, and Biology have either decreased or remained almost constant through this time period. And since college majors usually translate into people seeking jobs in a field with a certain set of skills, this is an alarming statistic; STEM job growth, which demands a workforce fluent in disciplines like these, is booming.

That’s why, in May 2014, Governor Cuomo announced free tuition to SUNY and CUNY students who pursue a STEM major and work in the field for five years in New York State. It’s an incentive to increase the number of workers in these jobs so that New York’s economy can continue to grow through programs like STARTUP  NY.

This is a shot of an interactive graph made by NPR’s Quoctrung Bui using data from the National Center for Education Statistics in What’s Your Major? 4 Decades Of College Degrees, In 1 Graph. The site outlines additional observations about the data, so it’s worth a jump to check them out. The best way to pick a college major is to find what fits you best. To help make the search a bit easier, the SUNY Program Search highlights some of more than 5,000 degree program that are offered by SUNY’s 64 campuses (including online)! 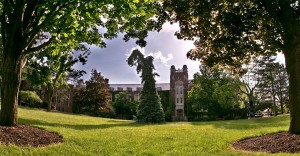 Previous post 10 Things Every Graduate Student Should Do This Summer 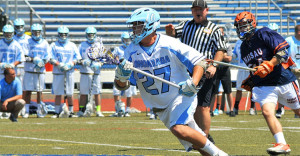 What is Financial Aid? We break down the FAFSA, types of financial aid in NY, how to apply for funding, and the popular Excelsior cheapest viagra price Scholarship.