Arts and Culture as an Educational Necessity, Not a Disposable Plaything

The writer is Joyce F. Brown, president of the Fashion Institute of Technology. 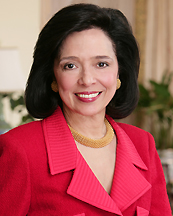 It is disheartening to think that even today—as more and more businesses embrace creativity as a critical qualification in their employees—art education is treated as a step-child in our public education system, and particularly in our primary and secondary schools. Federal testing mandates and limited funds notwithstanding, many people simply think of the arts as add-ons…hobbies…fun extracurricular activities, but certainly not pivotal to a child’s education.

Yet studies show that young people who participate in the arts on a steady basis for just one year are:

Indeed, according to experts, education in the arts makes a palpable and positive impact on a child’s developmental growth and helps to level the learning field across socio-economic boundaries.

Interestingly, just as “creativity” is a buzzword now in business, “critical thinking” is a buzz-phrase in all of higher education. While many people think that these skills are more naturally taught in a traditional liberal arts environment, I believe that art or design programs not only encourage—but require—critical thinking of their students. After all, the creation of a painting, a poem, an evening gown or musical composition reflects the full complement of critical thinking skills: knowledge, comprehension, application, analysis…synthesis…judgment. That is why study after study demonstrates that a steady diet of arts education in the lower grades alone powerfully enhances academic achievement across the spectrum.

But the benefit of arts education extends beyond the individual students whose lives are improved and in some cases transformed. There is an economic payoff as well. Here in New York City, according to the latest data as of 2002, there were 310,000 people employed in the so-called “creative core” industries. That figure represents over eight percent of all employed people in the city and adds $13.4 billion to our local economy every year. And according to authorities, the number one reason creative businesses choose to locate in New York is “access to the city’s tremendous pool of talented and skilled workers.”

That pool of talent is increasingly threatened as arts programs shrink in our schools. I believe one of our challenges as we pursue the theme of arts and culture in developing the SUNY strategic plan is to find a way to elevate the arts in the public mind so that they are seen as an educational necessity—and not a disposable plaything.