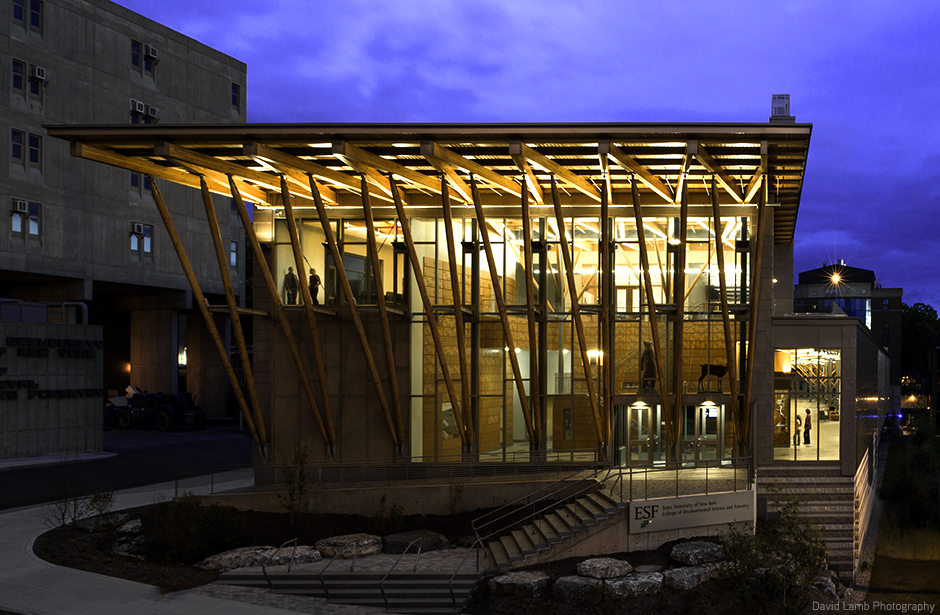 The Gateway Center, which formally opened in September 2013, is both a hub for campus activity and a teaching tool that demonstrates sustainability. In addition to a unique power plant, the building features a green roof that uses native plant species from eastern Lake Ontario dunes and alvar pavement barrens at the northeastern end of Lake Ontario. 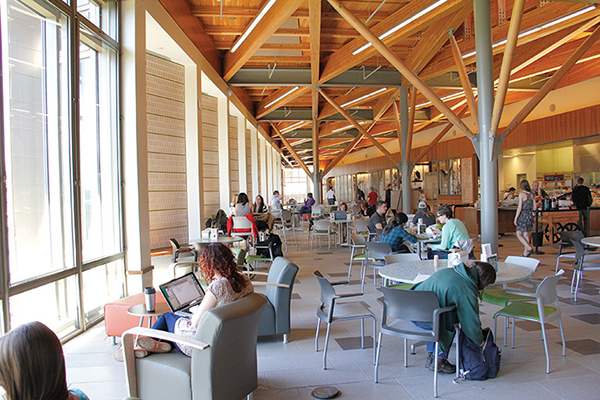 The interior of the Gateway Center is designed to maximize temperate and light control from natural sources. 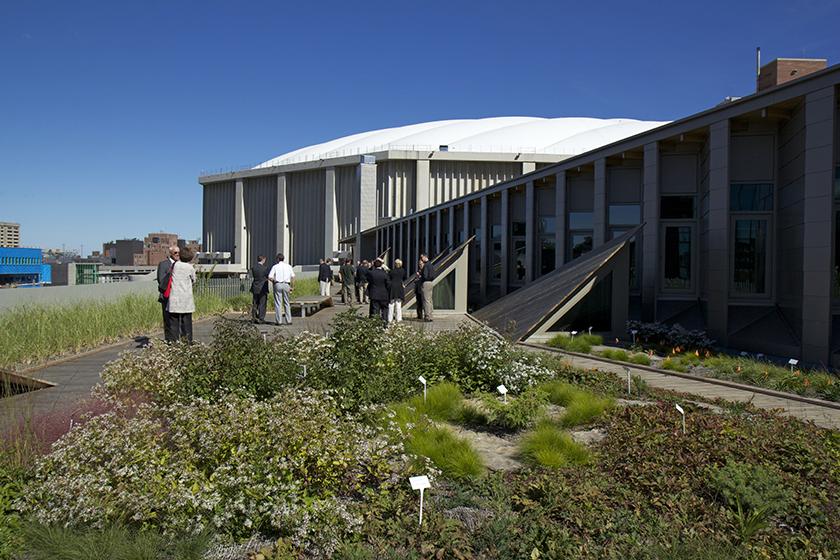 The roof of the Gateway Center features plants and exploration walkways.