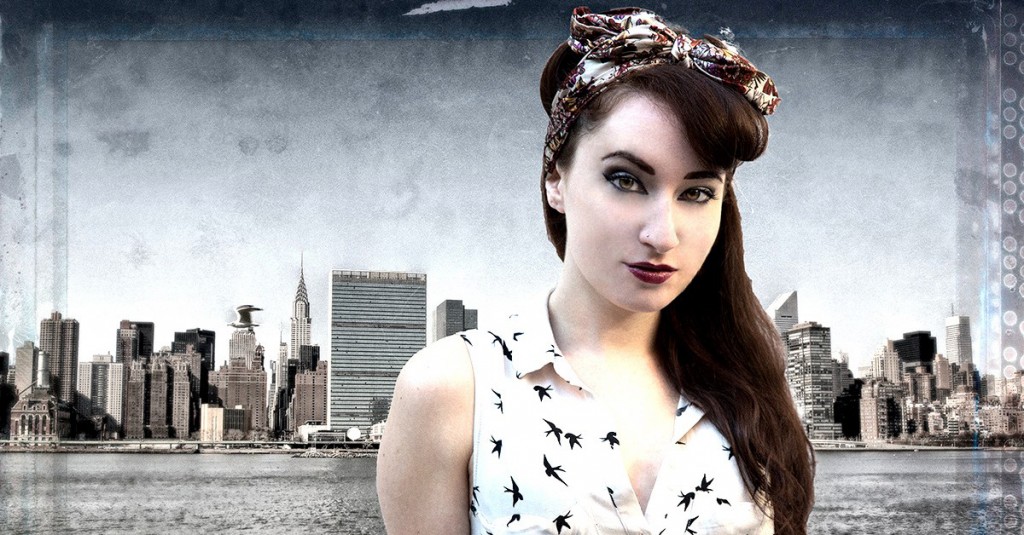 Poised in front of a piano, bass, drum set, and two backup singers dressed to the nines, Robyn Adele Anderson sways to the introduction of what seems to be an old-fashioned jazz tune. Collectively the quintet exudes class and soul while playing to a song that sounds oddly familiar, but difficult to identify until… ah yes, the chorus. This classic doo-wop that takes you straight back to the 1950’s is nonetheless a remix of Miley Cyrus’s top hit ‘We Can’t Stop.’

It’s their remixes on contemporary songs like this that has catapulted Postmodern Jukebox to stardom. Postmodern Jukebox’s renditions of Macklemore and Ryan Lewis’s ‘Thrift Shop’, Lorde’s ‘Royals’, and even Swedish House Mafia’s ‘Don’t You Worry Child’ have made them Internet superstars, with their videos bringing in millions of views each.

Robyn Adele Anderson, the band’s lead vocalist, is lauded for her unique and soulful voice that would impress any classic jazz artist. It’s comes as a surprise that she first got into jazz music just a little over a year ago while studying political science and Arabic with hopes of joining the CIA after graduating from Binghamton University.

“I never really had a strong interest in jazz with the exception of a few classic Broadway tunes and certainly never attempted to sing it,” says Robyn. “I didn’t become fully exposed to it until I met Scott Bradlee, the creator of Postmodern Jukebox. In an effort to impress him, I started experimenting with singing jazz by merely imitating other singers. In doing so, I unwittingly discovered my untapped ability to sing in a convincingly jazzy style. I’m still learning a lot about jazz, but so far I like it!”

Scott Bradlee created the concept of Postmodern Jukebox under his YouTube channel where he covered popular music with a classical twist. Through these videos he accumulated a large following and set the stage for a new spin on popular music.

“The group didn’t blow up until February of 2013, which happened to be the first video I was in,” says Robyn. “We did a ragtime cover of Macklemore’s “Thrift Shop” and it literally went viral overnight.  I’ve continued to be the group’s lead singer ever since!”

The band has achieved such massive success on the Internet that now they are gearing up for a world-wide tour starting this June. Believe it or not, this isn’t Robyn’s first time going on tour around the world. In High School, Robyn was a member of a program called “American Music Abroad” where she brought her singing chops around Europe.

Robyn says, “I thought that was a once in a lifetime opportunity and that I would never get to do anything nearly as exciting ever again. Except this time I will be going to twice as many cities, will get to travel with my significant other (Scott), and am getting paid to do it!”

In today’s age of the Internet, anybody can become a superstar with a video that goes viral overnight. But once in a blue moon you come across a talent such as Postmodern Jukebox that can be described as unique and refreshing. Through their unconventional covers, Postmodern Jukebox has discretely and successfully opened our eyes to a different genre of music, rather than what we hear on the radio, masked behind the familiarity of pop music’s lyrics.

The Internet is undeniably changing the way artists are being discovered, and Robyn can vouch for that more than anyone.

“As someone who never intended to pursue a career in music, all I can say is that the traditional route is not always necessary. Although it depends what sector of the musical arts you wish to pursue,” says Robyn, “the internet has changed the way people make and share music. It has essentially made it possible for people to skip audition lines, sidestep the “necessity” of being signed to a record label, and instantly reach an international audience with a single video. YouTube videos might not be for everyone, but they are certainly a cheaper alternative to music school.”