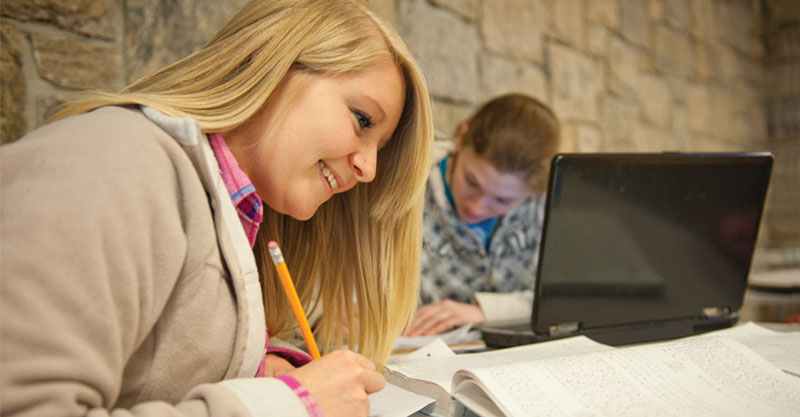 SUNY campuses are filled with extraordinary opportunities throughout all regions of New York State. With 64 campuses made up of community colleges, four-year colleges, technology colleges and university centers, there are plenty of interesting facts that make each campus unique among the 64. From unique educational opportunities, campus activities, unique buildings and structures, and histories that stretch more than 100 years, there is no shortage of interesting characteristics and stories that provide the reasons for students to attend college at SUNY.

So, how much do you know about the public higher education institutes in New York? We’ve put together a list of 64 random and unique facts, one about each SUNY campus, that you might not already know. Take a look, and share the many more unique facts out there with us on Twitter or Facebook.

They have a Visual Arts Gallery where student, local, and international artists get to showcase their work throughout the year.

99% of recent graduates have either found jobs or continued on to further education.

The MFA in Ceramic Art is ranked number one in the nation by US news and World Report.

Strategically located in New York’s capital city, this campus also offers more than 600 study abroad opportunities in more than 50 countries around the world.

The campus has a Nature Preserve, made of 190 acres of protected forest and wetlands which includes hiking/biking/running trails and a six-acre pond for a full array of outdoor activity options.

This school has a Leadership Development Program specifically for students who want to strengthen their skills in this area.

This college has a fully equipped dental hygiene clinic as part of the Dental Hygiene, A.A.S., that is available for free to students.

Every year students and alumni participate in the Bengal 5k Run around campus with the proceeds going to a scholarship fund.

Every year students compete in one of the largest collegiate mud volleyball tournaments in the United States called “Oozfest”.

Here students are able to cross register at SUNY Potsdam, Clarkson University or St. Lawrence University to take classes at these campuses at no extra cost.

The 2013 nursing school class had a 100% pass rate for licensing and also a 100% placement rate for graduates attaining jobs and getting accepted into four year schools. 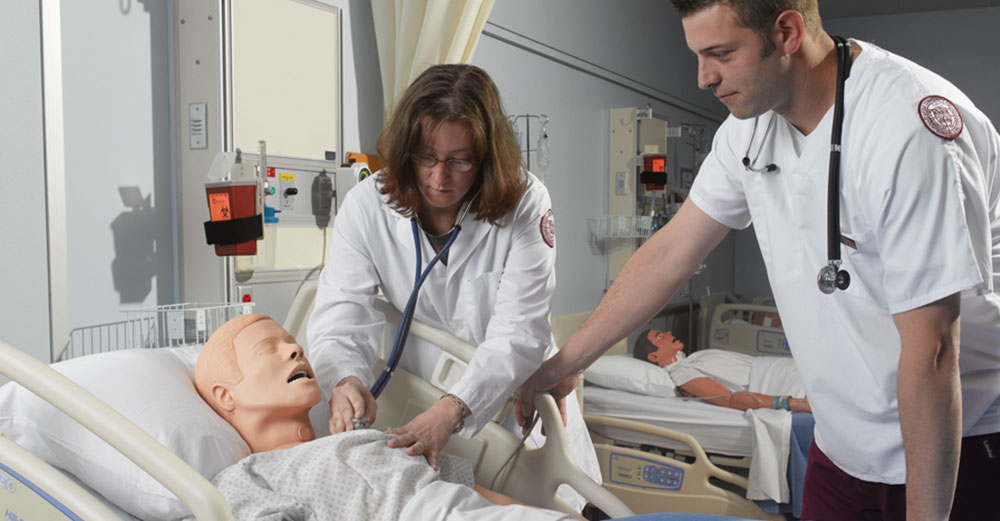 Students can take part in a fun laser tag event between the residence halls hosted by the Faculty Student Association.

Cobleskill, College of Agriculture & Technology at

An annual College Transition Ceremony is held for freshman and newly arriving students where each student walks across a stage and receives an orange tassel that symbolizes the goal of graduation.

It has a College-in-the-High-School program where students in areas high schools can get advanced standing or college credit for work completed as an alternative to AP classes.

They currently have 734 research projects around the world to address the needs of all types of communities.

The school’s first veterinary degree was awarded to Daniel Salmon, who is the discoverer of Salmonella.

This school began as a college for Home Economics, which was a pathway for women into higher education.

It is the only school that offers workplace studies in the country.

It is the only college with a planetarium, observatory and nature center in the United States.

It has been home to the NY Jets training camp during the NFL pre-season since 2009.

Its online bachelor’s degree program is ranked number one in the nation by US News and World Report.

This school has the oldest Midwifery Education Program in the country, the first to have been offered in the United States!

This school has the lowest tuition rate of any college or university in the state.

ESC has 35 locations across New York State, allowing students to pursue associate, bachelor’s and master’s degrees onsite or online, wherever and whenever they can.

College of Environmental Science and Forestry

Founded in 1911, this is the oldest and most distinguished college in the United States dedicated to the study of the environment, renewable energy and sustainability. 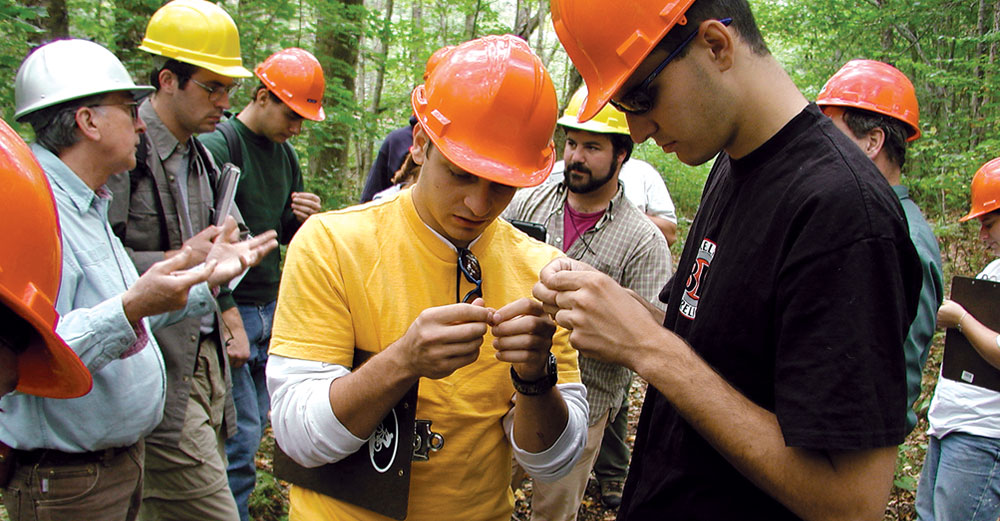 One of only five colleges in the United States (with RIT, RPI, Columbia and Yale) to offer training on water jet technology.

Ranked fifth-safest campus in the United States in a nationwide statistical analysis.

In 2006-07, the Financial Aid Office at Fredonia was the first institution in New York State Higher Education Services Corporation (NYSHESC) to conduct all required Parent PLUS Loan credit checks on-line. The office remains one of the leaders in the use of technology.

This school received the 2014 Sportsmanship Award in recognition for the display of outstanding sportsmanship during competition by student-athletes and staff.

GCC created a one-week Invention Convention Camp to help kids develop the creative and critical thinking skills that lead to breakthrough ideas, such as the creation of the iPod and iPhone and the ability to influence millions to change their behavior through the use of entertainment.

The highest percentage of Greek life within SUNY is housed among the student body at Geneseo.

61% of graduates were employed full-time or enrolled at a transfer institution within six months of graduation in 2013.

JCC has an agreement with Cornell University that provides JCC students with easier transfer options to pursue a bachelor program at the university.

The only Navy Reserve Officer Training Corps (NROTC) unit in New York City can be found at Maritime College.

The only community college-based aviation maintenance program in New York is located here. 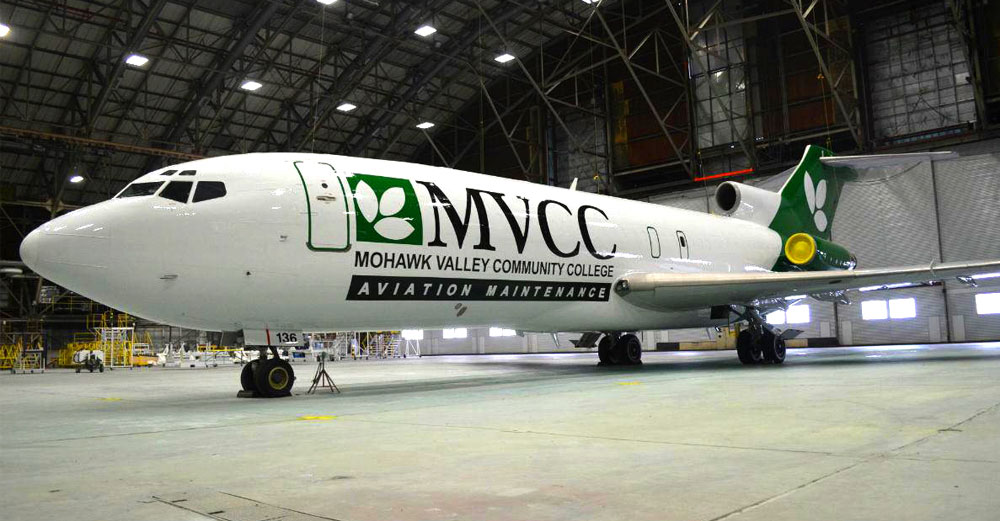 MSC became the first college in the nation to comprehensively replace all phones in residence halls with individual cellular phones for students.

The largest single-campus community college in New York has more than 120,000 alumni, including comedians Eddie Murphy and Billy Crystal.

This campus is home to the nation’s first MakerBot Innovation Center, a 3D Printing Technology center that allows students, faculty and local industries to collaborate in engineering, industrial design and art.

The original building of this college was in the old Nabisco Shredded Wheat office building, which led to their nickname of “Nabisco Tech”.

This school was the official college of the 1980 Olympics, held in Lake Placid, NY and home to the “Miracle on Ice”.

Each year the school celebrates its founding with Red Day, a day filled with fun activities such as fireworks and outdoor movie viewings.

The OCC Lazers men’s lacrosse team has compiled 87 wins in a row with 6 national championships in that time. 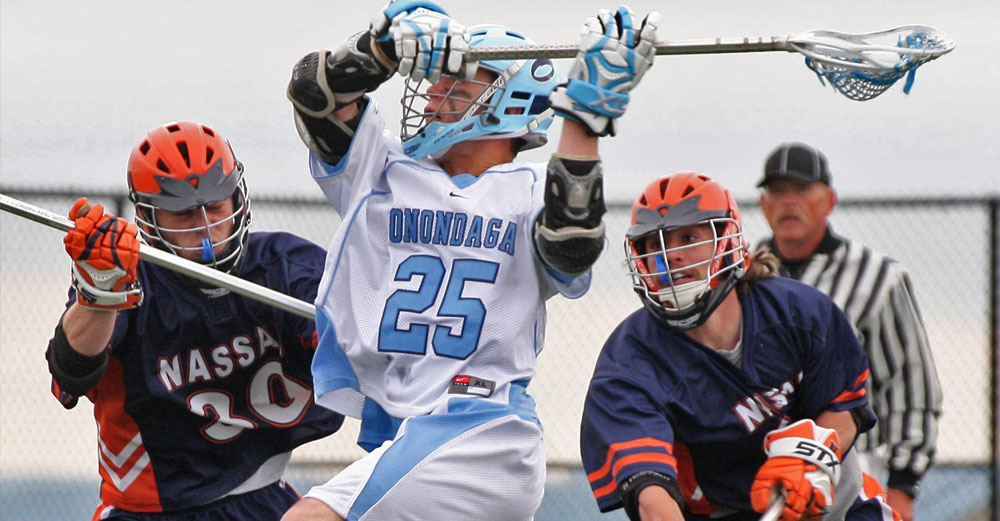 This school has a unique Homebound Program where faculty and students go to the homes of individuals with limited mobility to give them eye care.

Has the first and oldest associate nursing program in the country.

Launched SUNY’s first multiple-major cooperative education (co-op) program in 2011, giving students the opportunity to be placed into jobs within their fields of interest for up to six months.

This school has an Expeditionary Studies program, where student learn skills for thinking and acting in dynamic outdoor settings to prepare them for careers such as mountain guides, park rangers, professional ski patrollers, and more.

Founded in 1816–it is the oldest SUNY school and also in the top 50 of oldest colleges in the United States.

This school has one of the country’s most highly regarded dance conservatories which annually presents The Nutcracker in December.

This school recently merged with the College of Nanoscale Science in Albany and Engineering to become SUNY Polytechnic Institute.

The culinary arts program maintains the Casola Dining Room, where students run a full restaurant from the kitchen to the front of house.

Every year students compete in a boat race called “Roth Pond Regatta” where they create boats hand made from cardboard, duct tape and paint. 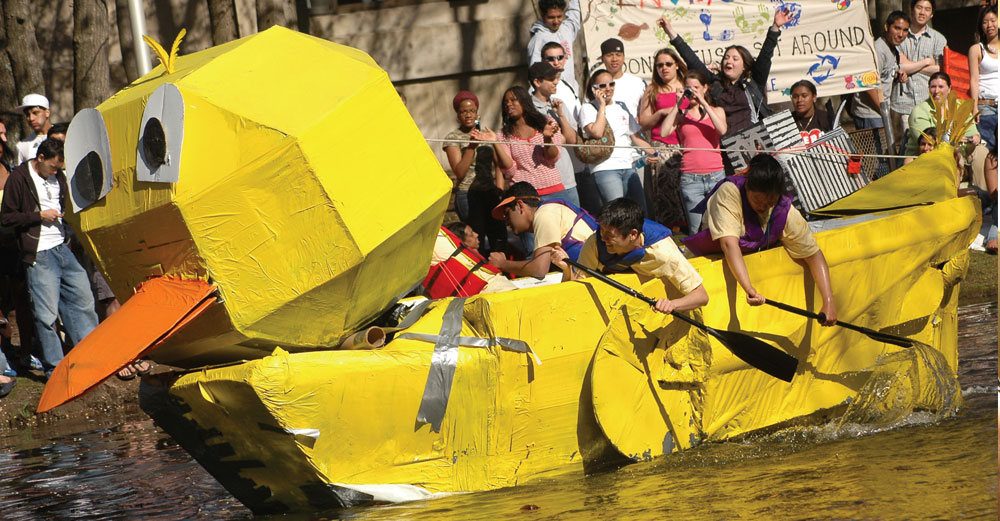 The campus houses the Center on the Holocaust, Diversity and Human Understanding on its Ammerman Campus, which documents the Holocaust and chronicles slavery in America.

This year, alumnus Cleanthony Early ’12 was drafted by the New York Knicks as their first pick of the NBA draft, becoming possibly the first SUNY alumni in more than 30 years to play in the NBA.

TC3 has an organic farm on campus that supplies fresh produce to the College’s downtown Ithaca restaurant and culinary center, Coltivare.

This college offers a Police Basic Training Program, where students can complete many of the requirements before being appointed as a police officer in the state of New York.

This school has an annual Radioathon for Kids to raise money for the patients at Upstate Golisano Children’s Hospital.

It is considered a “Veteran Friendly Campus” due to the large amount of services it extends to those who have served in the military.

As SUNY takes aim at graduating 150,000 students per year by 2020, we are asking the State to #InvestinSUNY by enabling us to create for our campuses an Investment Fund to support the scale up of evidence-based programs known to support student success. We are also seeking an extension of NYSUNY 2020 and rational tuition. Students want a continued rational tuition policy so they can plan to finance the full, known cost of a full degree program – but they can only commit to their share if the state also does its part.