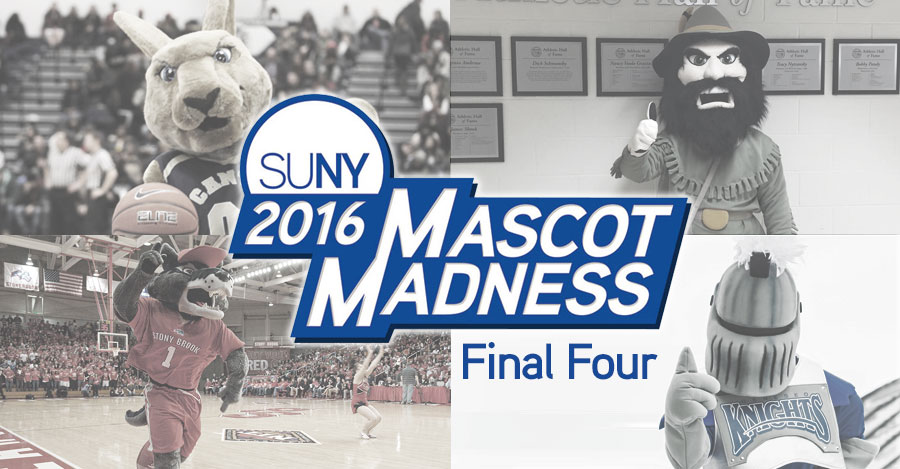 We have reached the Final Four in our 2016 Mascot Madness tournament. This is the chance for YOU, the students, alumni, and fans to decide who SUNY’s favorite campus mascot is!

We started with a total of 39 mascots from across New York State in the running to win the coveted title, including some first time participants. All mascots were randomly placed into 4 SUNY regions and ranked by the number of athletic teams each mascot represents, which determined which mascots were competing against each other in each round. We now enter into Round 4, or the Final Four. Our remaining mascots are now battling to see who plays for the championship and the right to be named the new favorite mascot in New York. Rounds one and two combined for 19,000 votes. In Round 3, we saw more than 16,000 votes cast for the remaining competitors. Things are getting tense, but our characters are up for the challenge. Now who will advance to the finals? You decide.

Our mascots work so hard cheering on all of these SUNY student athletes. Now it’s our turn to cheer them on and recognize them for all the hard work they do to lift our campuses and students across New York State and beyond. So let them know!

Learn more about the final four mascots competing for the championship: 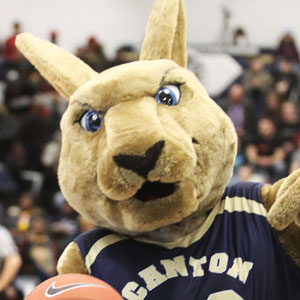 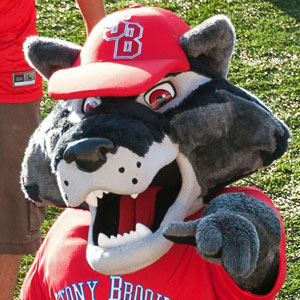 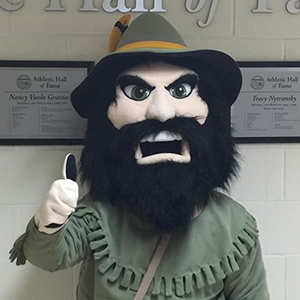 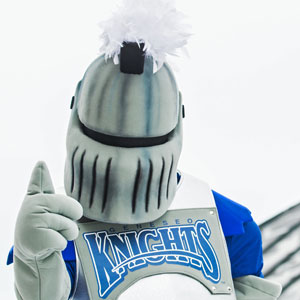