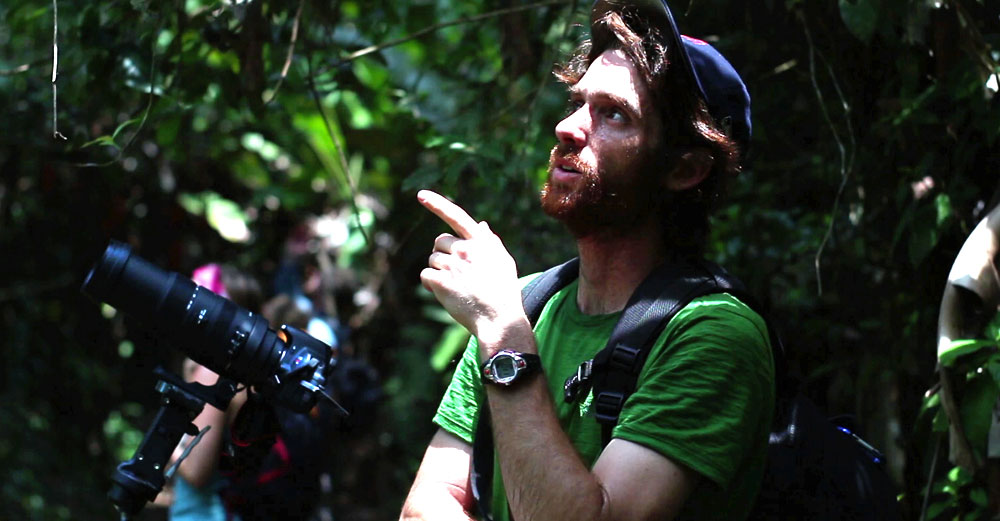 Offering majors in Wildlife Science, Sustainable Energy Management, Biotechnology, Aquatic and Fisheries Science, and numerous other environmental related programs, SUNY Environmental Science and Forestry hosts one of the most unique educational opportunities in the country. ESF students and faculty focus their energy on brainstorming new ways to meet societies needs while avoiding destruction of the natural world and living resources. According to ESF’s president, Dr. Quentin Wheeler, “Whether your passion lies in designing better human-built environments, conserving and understanding biological diversity, or engineering better ways to meet the needs of human survival, ESF is in a league of its own.”

ESF alum, Paul Stoutenburgh, took his passion and made it a reality. Since graduating ESF in 2011 with a degree in Conservation Biology, Stoutenburgh has gone on to pursue his love of environmental documentary filmmaking, creating films dealing with the economic and environmental implications of deforestation and the construction of mega-hydro dams.

During his time as a student at ESF, Stoutenburgh learned many of the qualities he applies to his work today.

“To face the academic demands at ESF, you really have to develop a strong work ethic, and also a very organized time management system,” Stoutenburgh said. “I learned how to prioritize, and how to meet tight deadlines. Perhaps more important, it was the professors at ESF, particularly Dr. James Gibbs and Dr. Charles Hall, who deeply motivated me to take on a career that could have a real positive impact on the planet.”

Following graduation, Stoutenburgh worked with The Nature Conservancy, a national environmental organization, making web videos. He also worked at a local television station to further hone his skills as a filmmaker. But perhaps the most important thing Stoutenburgh claims influenced his work is traveling, and his experiences spent abroad at the education center Amerikanoestudios.

“I worked at a creative education center in Costa Rica that focused on cultural studies, arts and sustainability,” Stoutenburgh said. “One of the founders of Amerikanoestudios, Carl Emmons, guided and prepared me to commit to an exciting career as a filmmaker and educator.”

Following his return from Costa Rica, Stoutenburgh saved up money, gathered up a team of friends, and began to document solutions to tropical deforestation. The team created a number of online videos, and eventually gathered footage for a long-term documentary project highlighting tropical conservation methods in Ecuador, Costa Rica, and Malaysia.

In 2012 Stoutenburgh founded his own film company, Earth Soul Productions, with the mission to tell stories that empower environmental and social movements. Through documentaries, commercials, music videos, and public services announcements, Earth Soul has produced content for organizations including The Nature Conservancy, Green Peace, Cornell University, Earth Island Institute, Audobon, Barron’s, and Laserfiche. Earth Soul’s films have been acknowledged at over a dozen international film festivals, gone on to receive a quarter of a million views and, most importantly, have inspired political change.

Some of Earth Soul’s most in depth work has been in conjunction with the non-profit community-led forest conservation organization, The Borneo Project. After moving to Berkeley, California in 2013, Stoutenburgh met Joe M. Lamb, founder of the organization. Together, the two collaborated to complete a series of short films that would shed light on the devastating consequences from the government of Malaysia’s plan to dam the largest rivers in Malaysian Borneo. One of the proposed hydroelectric dams, titled Baram Dam, would flood more than 400 square kilometers of forest and village land, and displace more than 20,000 people from their homes along the Baram River.

“In 2014, The Borneo Project sent me to Malaysia to spend two months documenting the story with my camera,” Stoutenburgh said. “I filmed in the rainforest, and I traveled with indigenous leaders to film the construction of the dams. I conducted many interviews with community members, politicians, activists, and professors.”

Upon his return to Berkeley, Stoutenburgh worked with The Borneo Project and U.C. Berkeley for two years to create a series of short educational documentaries focused on topics including the displacement of indigenous communities, corruption in the Malaysian government, and the social and economic advantages of switching to sustainable energy systems. Once completed, these films were featured in Malaysian news outlets, acting as an advocacy tool for the indigenous communities.

“Ultimately, the films played a role in influencing the Prime Minister of Malaysia to decide to stop the construction of the Baram Mega-Dam,” Stoutenburgh said.

Currently, Earth Soul Productions is hard at work making a new documentary titled Preserving Paradise: Solutions to Tropical Deforestation. The film will provide an inside look into the people fighting to preserve some of the last remaining tropical rainforests, and will explain viable solutions to reduce the rapid clearing of tropical rainforests.

With an impressive portfolio of work only a mere five years following his graduation from SUNY ESF, Stoutenburgh plans to pursue his passion for environmental activism for many years to come. For SUNY college students today, he advises people to follow their dreams and make meaningful connections along the way.

“I think it’s important to take risks, to dive into a career that you really love, and to jump at opportunities with everything you have. However, it is critical to recognize that as an individual you can only do so much – it is almost always more effective to collaborate on projects,” Stoutenburgh said. “Chose your community wisely, but then trust them – there is wisdom in the counsel, and there is strength in community. In my experience, a sustainable mission is one that is built on a group of people who are willing to work together through obstacles: practicing equality, compassionate communication, and sharing encouragement. You will be empowered to do your best work when you are supported by people who believe in you.”

One thought on “Saving the Environment Through Documentary Filmmaking” 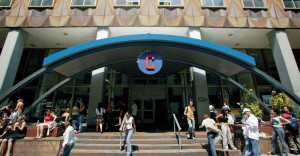 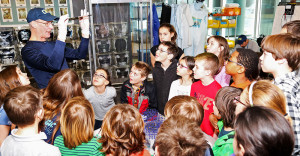