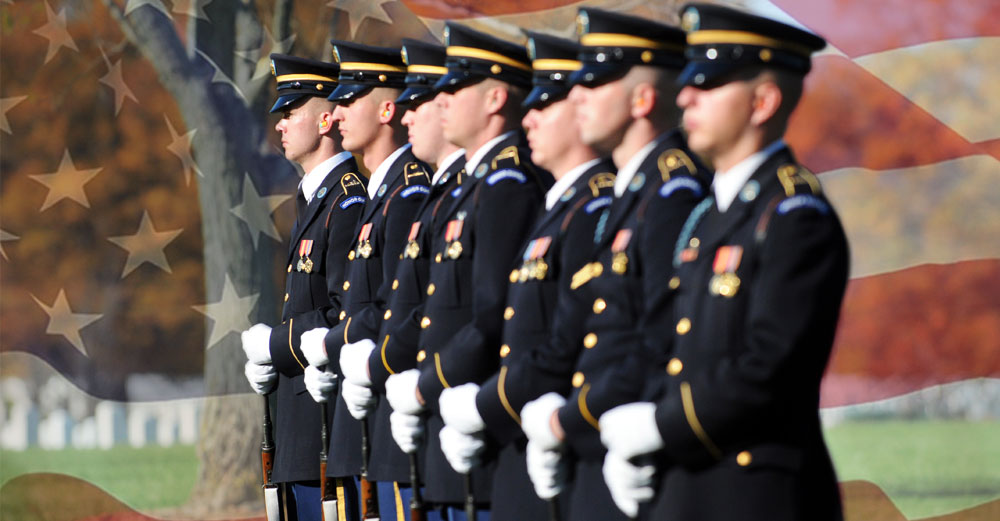 Service, Academics, Leadership, Unity, Tribute, and Excellence. All of these are descriptors of the members of our U.S Armed Forces, both active-duty and veteran. Many of these qualities are gained through education, helping carry these military members through service and life. When we see this type of achievement, we all look for ways to honor, celebrate, and acknowledge it, which is why SALUTE was formed.

SALUTE stands for Service, Academics, Leadership, Unity, Tribute, and Excellence. The organization was founded in 2009 by the Colorado State University Veterans Office, thanks to a grant by the American Council of Education and WAL-MART Foundation. We acknowledge, congratulate, pay respects, and recognize our military service members all the time. These actions are synonymous with what SALUTE National hopes to do for its members who have shown courage, strength, leadership, excellence, and perseverance in their military action and in their academic careers as well.

SUNY Empire State College is one of 200 chapters of the society, established to highlight the combination of academic excellence and service to country that so many military students show.

Recently, seventy-six active-duty military and veteran SUNY Empire State College students and alumni were inducted into SALUTE Veterans National Honor Society. Representing all branches of the U.S. Armed Forces, they are the first from SUNY Empire to be inducted.

Of the inductees from SUNY Empire, 61 are veterans, nine are on active duty and six serve in the Guard or Reserves. Sixteen serve, or have served, with the Air Force; 33 with the Army; three with the Coast Guard; 12 with the Marines; and 12 with the Navy. 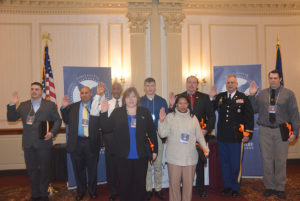 “Each one of these SUNY Empire scholars will forever be members of our SALUTE chapter and role models for the student veterans that follow,” said Joseph Garcia, a retired lieutenant colonel, 28-year veteran of the U.S. Air Force and executive vice president for administration at SUNY Empire, who provided the keynote address.

“As our inaugural class, they have also set the bar high for our chapter, which promises to promote the achievements of our student veterans now and in the future,” said Garcia. “Higher education and military service, combined, create a powerful combination for an individual. Taken together, these two experiences produce a leader ready to make a difference in the world. Congratulations to all of our inductees.”

SALUTE honors military members in a large variety of academic fields. These inductees have spent time studying Community and Human Services, Cultural Studies, History, Literature, Political Science, Accounting, Business, Management and Economics, Computer Science, Counterterrorism and Intelligence Analysis, Criminal Justice, Emergency Management, Nursing Education, Science, Math and Technology, Security Management and several other academic areas. Upon completing these courses of study, these same inductees find themselves earning degrees of all types, such as an Associate of Science, Bachelor of Arts, Bachelor of Science, Bachelor of Professional Studies, Master of Arts, Master of Arts in Liberal Studies, Master of Science in Nursing Education and the MBA.

Through the efforts of the college’s Office of Veteran and Military Education, SUNY Empire became a chapter of SALUTE in May 2017. Selection criteria for induction into SALUTE include personal conduct and academic excellence, including military service and current conduct, honorable discharge and maintenance of the highest ethical standards.

At SUNY, our schools are among the top colleges nationwide in offering the best overall experience for military students. Nearly 1,100 veteran and military students are currently enrolled at SUNY Empire. This honor is one more example of how the dedication to providing programs and services in support of the academic and personal success of military students is present throughout The State University of New York.